Not too long ago, Chris and I used to say we were not completely vegetarian because, Bacon. What we basically meant was we WOULD go completely vegetarian, but bacon was too good to eliminate from our diet (provided it was sustainably sourced- no factory farm bacon for us).

Then I came across this fancy recipe for vegan bacon using portobello mushrooms. I thought maybe I’d try it. There was only one small problem. The recipe called for about 2 tablespoons of soy sauce. Even if I used a low-sodium tamari or coconut amino, 2 tablespoons is a LOT of sodium, especially for someone on a low-salt diet (or actually, a diet containing the amount of salt a human should limit their consumption to). 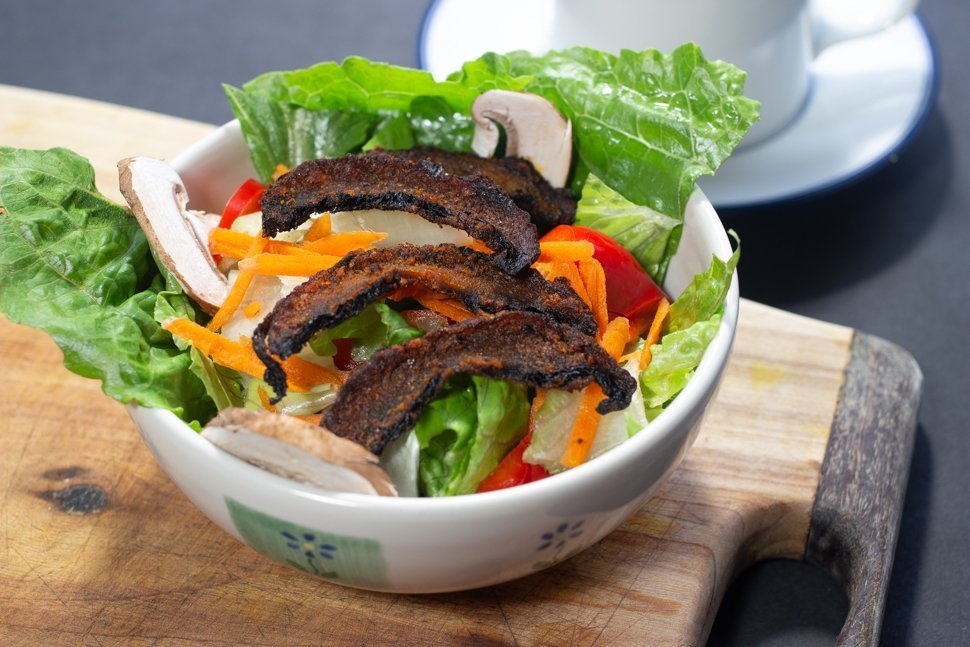 My husband and I have noticed an interesting problem with most restaurants when we go out to eat. It’s very rare for us to find a restaurant which doesn’t salt the living crap out of their dishes. It seems to us that many chefs don’t recognize any other spice except salt to give their dishes flavor.

Since departing from the land of high sodium, I have discovered a variety of ways to flavor dishes and recipes without using salt. My two favorite methods are lemon or lime juice, and apple cider vinegar. These two (okay technically three) flavors make any dish divine without any salt added.

The other way to flavor your dish is to use spices. I especially am found of turmeric, since it not only is a very strong spice, but it is anti-inflammatory. I think I put turmeric in at least one meal every day. 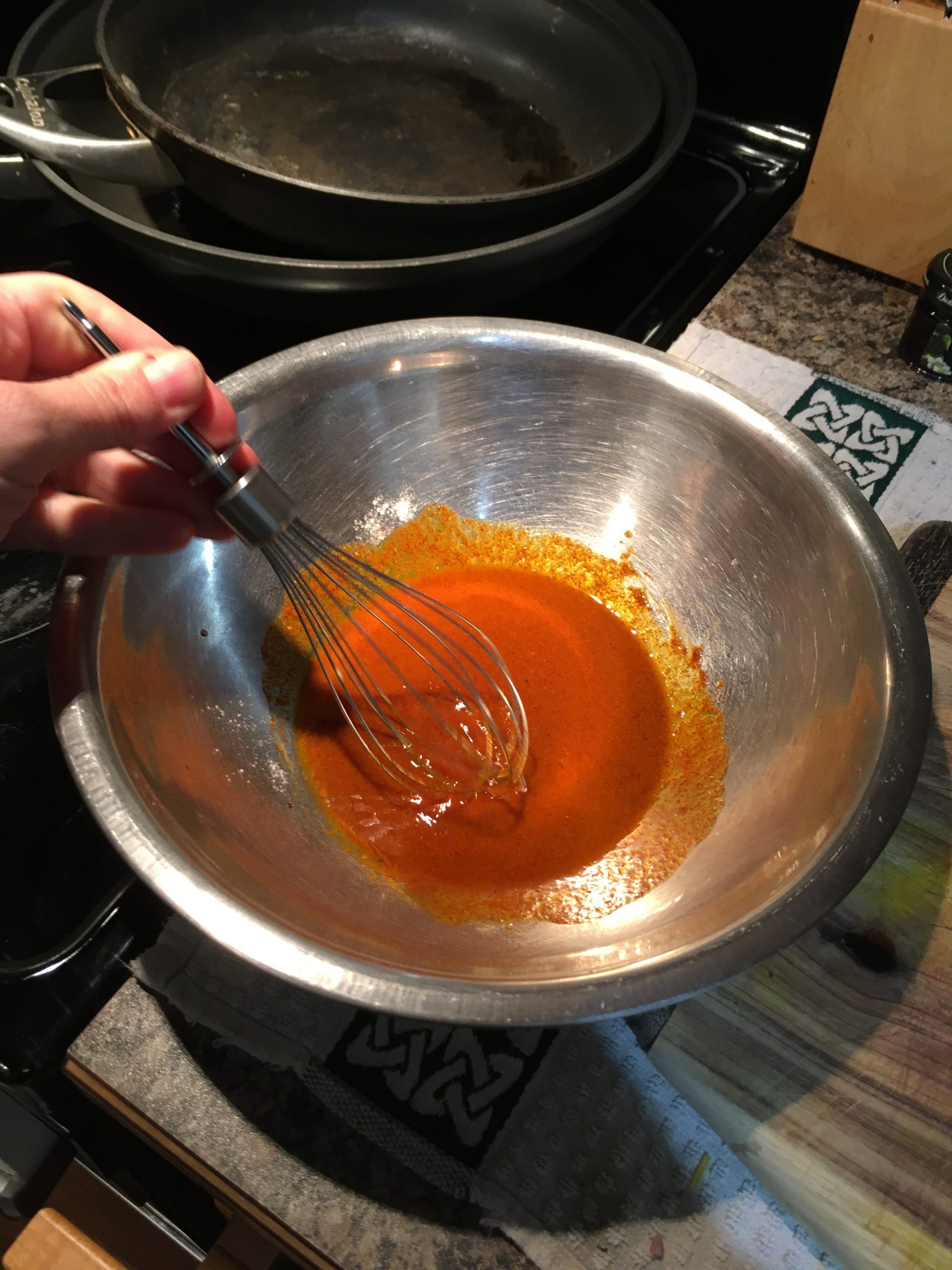 But turmeric isn’t the only way to flavor something. There are Italian spices, Mexican spices, Indian and Asian spices. None of these REQUIRE salt. And they make your food delicious, and healthier than ever before.

So back to the bacon debacle. I wanted to try this vegan bacon but I certainly wasn’t going to use the soy sauce. And with garlic being the only other spice the recipe called for, I decided to immediately experiment.

I decided one spice this recipe definitely needed was, yup, turmeric. But what else? Well, the original called for garlic, so that would be good. And one of Chris’ favorite flavors is paprika, especially the smoky paprika. A dash of onion powder might be prudent, and some black pepper. 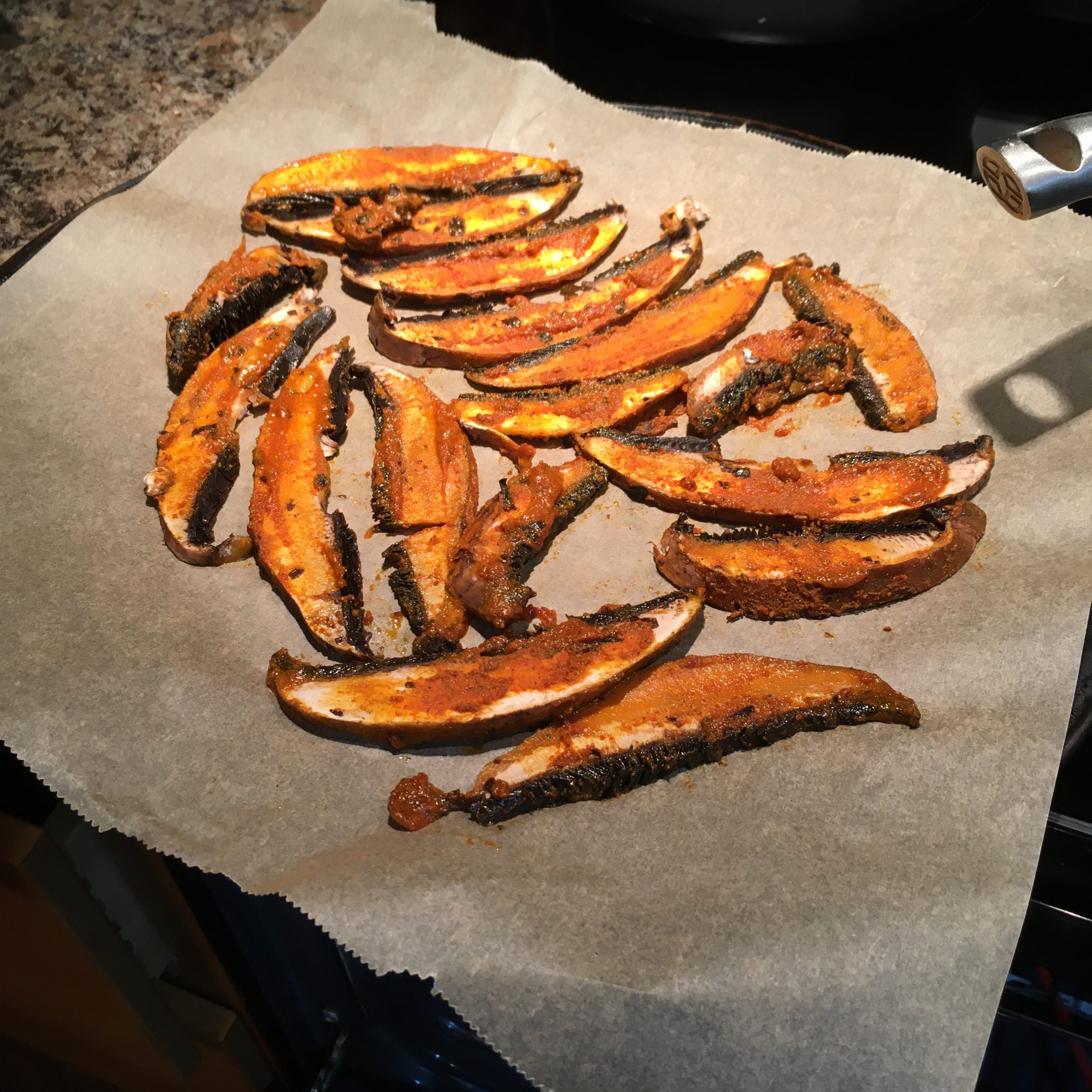 With my modifications, I made my portobello bacon. Soon the house was smelling like wonderful spices. Chris asked what I was cooking. “Bacon,” I told him. He gave me a look. See, I make vegan alternatives enough, especially cheeses, where Chris is told “this is vegan cheese, this is vegan ricotta, this is vegan sausage” and it doesn’t taste like the real thing. So, I understood his doubt.

He got a little impatient once the bacon was fully cooked. It smells amazing (I’m making a batch right now as I type this, and I want to EAT ALL OF IT). I sprinkled a little on his lunch salad. About five minutes later Chris comes into the kitchen.

“Where’s the rest of that bacon?” 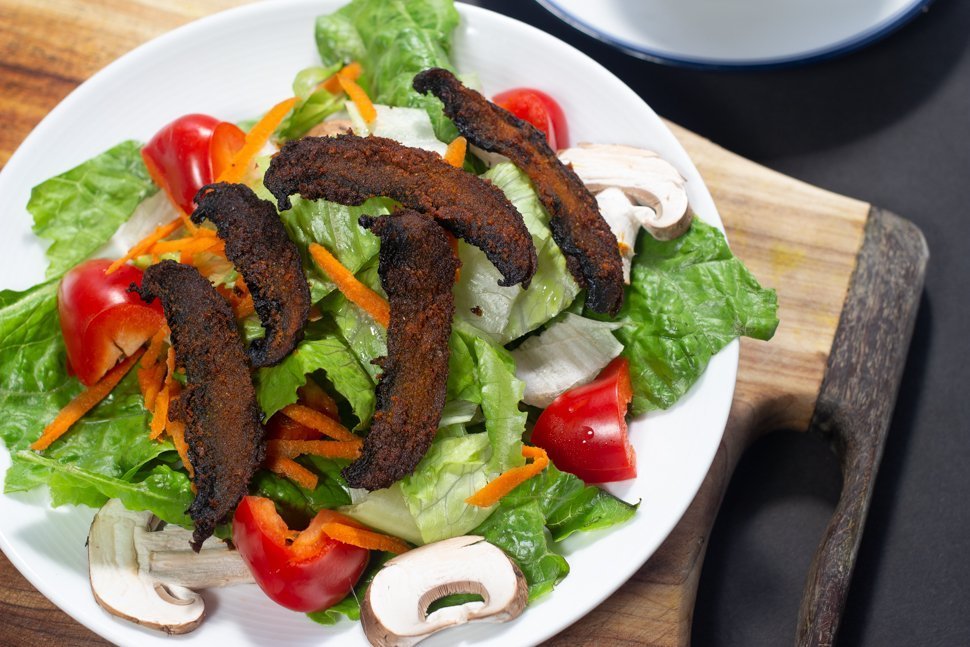 And we sealed our fate. Well, mostly Chris’ fate. I still occasionally eat meat, especially fish (salmon is really good for my joints). But creating portobello bacon turned Chris into a full-fledged vegetarian.

Which is fine. A lot healthier for us, and a better impact on the environment. As long as no one tells me how much water portobello mushrooms require, or that they are only grown in some exotic far-off country…

Here’s my secret Portobello Bacon recipe, which has slightly evolved even a little more since that fateful day I experimented. 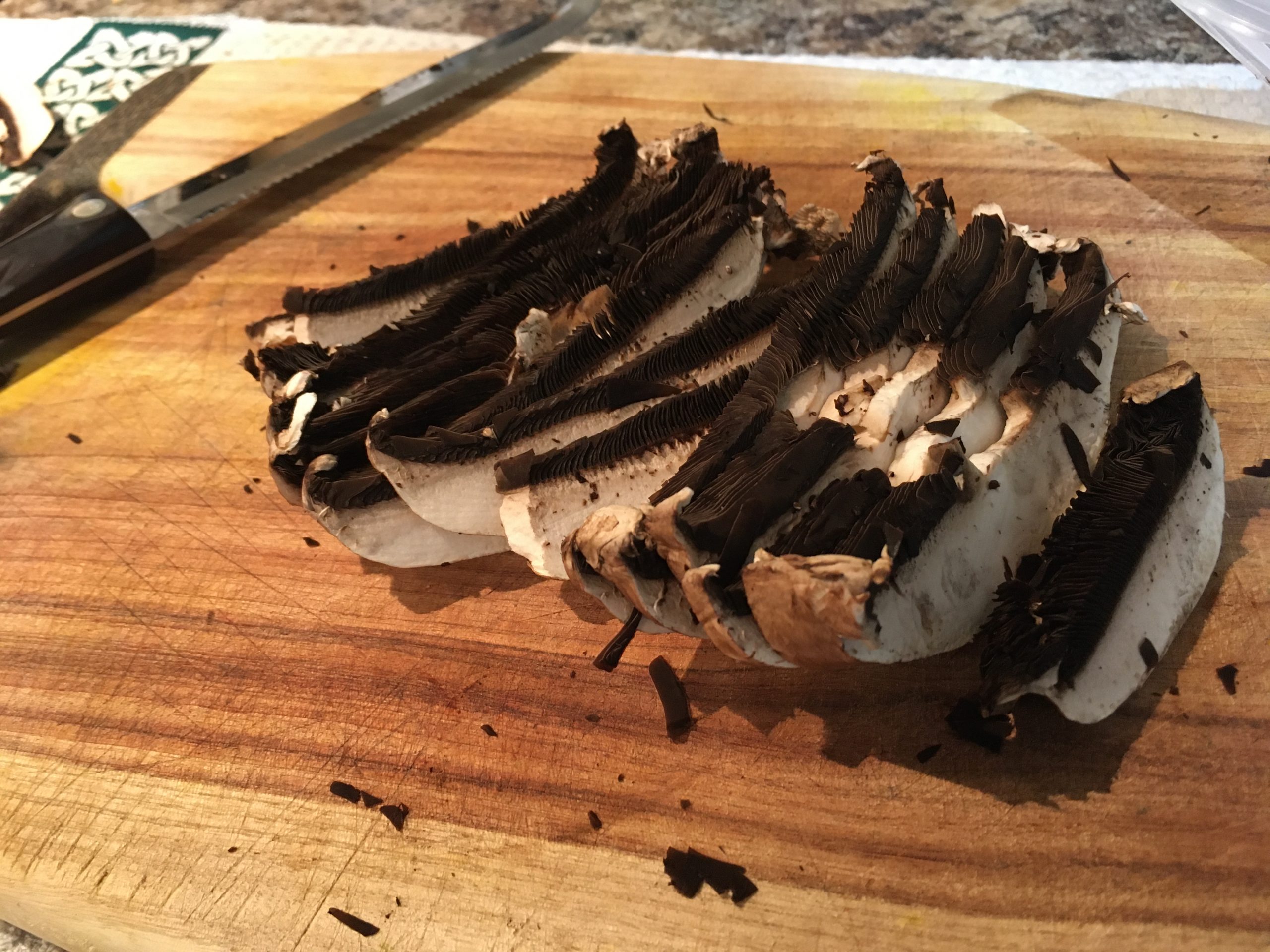 How’d it go? Did you like it? It’s freaking unreal, isn’t it? Mushroom bacon, what will we think of next?

Here’s to eating clean and living green in the most positive ZooFit fashion!