It’s taken me a few days to decompress, but I’m back to normal and proud of ZooFit. I just have to toot my horn a little. After I got a little shut-eye and power naps. 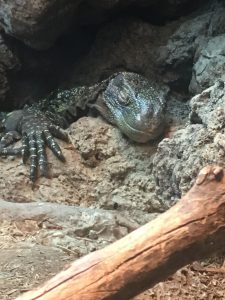 Last week, I was a key sponsor for the Texas Regional AAZK/AZVT Symposium held in Dallas. I provided breakfast to all attendees, which was well received. Plus, I gave a presentation on ZooFit and had a vendor table in the hall during breaks.

My focus this year for ZooFit seems to be Operant Conditioning. I’m working on a short book called Positive Reinforcement is Not a Burger After the Gym. My presentations at AAZK and ABMA are all about taking care of ourselves for the animals and using positive reinforcement training methods. And I’m getting a lot closer to finishing the Operant Conditioning section of What Animals Taught Me About Health and Fitness.

My time in Dallas was short, but fun and productive. I totally rocked my presentation. Mine was the first one of the day, but going first doesn’t make me nervous anymore. I get excited to showcase ZooFit.

There were not a lot of vendors during the break sessions, so I did get a lot of traffic. I gave away the remainder of my pedometers. They were a relevant gift to zookeepers, reinforcing their behavior, but I want to find a more environmentally friendly promotion for visitors to my table.

I got 25 subscribers to my newsletter, and have already sent out my welcome letter and introduction to my latest project, The ZooFit Safari Guide. This is the book Chris and I have been working on for over a year. Without Chris’ artistic eye, I would never get any of these books out. But I’m so close right now, and I’m just getting some beta testers for the program, so I can finalize the book and get it out by the end of summer.

But I digress. Being in Dallas reminded me of Florida. Similar climate, architecture, landscape. It’s not a totally bad thing, but I do feel somewhat relieved. Coming to Dallas is only the second time in my life I’ve ever been to Texas. Considering how big Texas is (driving from one end to the other will take more than 10 hours), and that I lived right next door to it for 2 years, it’s surprising I haven’t visited it a few more times.

The Dallas Zoo is nice enough. They have an impressive outreach program, with tamanduas, penguins, flamingos they let loose during private events, and a cheetah (and his labrador retriever buddy). I enjoyed their bird show, which had a strong science and conservation message for the audience. It wasn’t even that hokey. I mean, considering it’s geared towards kids and families, it was still quite nice. 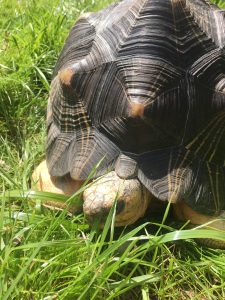 The most impressive area of the zoo was hands down the hospital. With state of the art treatment rooms and treatment wards, I was amazed at the thought and innovation that went into the entire facility. I’m not a zookeeper by profession anymore, but I appreciate a well designed animal facility when I see it.

The only aspect I was honestly disappointed in was the Scimitar Horned Oryx. Okay, so quick side-note. Scimitar Horned Oryx were declared extinct in the wild twenty years ago. But because of zoo breeding programs and a concerted effort among conservationists, they were re-introduced to certain areas in Chad in 2015. Now there are roughly 90 oryx in the area, and 18 have been born in the wild.

Scimitar Horned Oryx are a zoo success story, and one of the main reasons I still STRONGLY support zoos. Not many zoos have this species of oryx, because it is so rare, and needs specialized care. So, Dallas having the oryx is incredibly special, and I couldn’t wait to see them. Unfortunately, the only way guests can see the Scimitar Horned Oryx at the Dallas Zoo is to take the monorail tram ride. Which not only costs extra money ($5 is not a bad deal, but it is extra, and basically just so you can see a couple animals not visible to walking visitors), but the tram regularly breaks. And, you guessed it, it was not operational during my visit.

I did get to see them, but it was during a behind-the-scenes tour of the bird area. Photos taken behind the scenes are not permitted to be published publicly. It doesn’t matter. The photo is really fuzzy anyway.

It’s disappointing because this animal can really bring a sense of pride to the Dallas Zoo. Again, because of places like the Dallas Zoo, the Scimitar Horned Oryx is again starting to thrive in their natural environment.

Of course, I ended my time in Dallas with a new friend. This is hands down THE BEST zoo selfie I have ever taken. If you can’t appreciate goats, what is wrong with you?

Now, I am switching gears and working on my presentation for ABMA (Animal Behavior Management Alliance) in Portland. It’s a long conference, from April 7th to April 12th. I will have three days where I will have a table to discuss ZooFit, plus I’m again presenting on using operant conditioning to take care of ourselves. All in service of our animals. 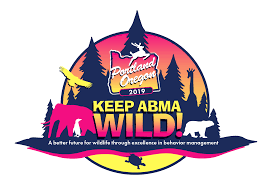 It’s a busy time of year for me. If you are in Portland and attending ABMA, stop by and say hi. And help spread the joy and excitement of ZooFit.