Whole30 is a program where you remove certain foods from your diet, such as processed foods, addictive sugary foods, foods with a history of causing inflammation, and foods with high correlation to allergies. For thirty days, you maintain a steady diet of whole vegetables and unprocessed meats. This is essentially resetting your body by removing all the potential negative foods, and letting your body settle into a completely natural and whole diet. After thirty days, you reintroduce the foods you eliminated, one by one, and evaluate how your body and how your brain responds and reacts to it.

With this program, you are basically experimenting with your eating habits. How well can your body and brain handle sugar? Do you get extra flatulent with cheese? Does pasta really give you an energy boost? By evaluating each food group, you can make a more educated and nutritious assessment of what you, personally, should and should not eat. What foods are fine for you to consume and which you should avoid.

It’s an interesting program with thousands, if not millions of participants claiming it has changed their lives. I myself have tried it twice. But the lessons I learned were far from what I think the founders had in mind.

My first trial with Whole30 was a couple months before the holidays. I started in mid-October, and I had all the guides, cookbooks, and notes ready to make this a successful challenge. I knew even after the thirty days, I would need at least another two weeks to reintroduce foods and assess my eating habits. With my calculations, my Whole30 would completely finish on Thanksgiving Day.

I was told and read several articles expressing how common it was to have major mood swings the first ten days of the program. I prepared my family and friends for the inevitable “Pissy PJ”. Only, she never came. Well, I’m sure she reared her ugly head here and there, but not as prominently as I expected according to the literature. 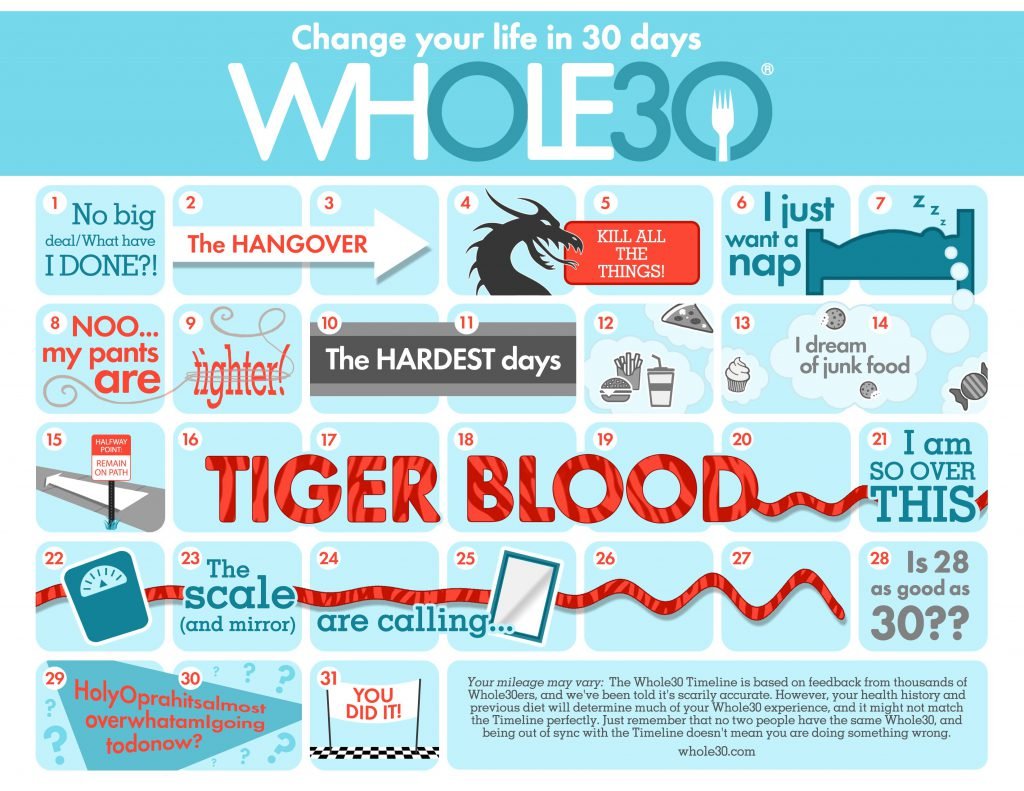 I never felt the “Tiger Blood” either, the feeling of euphoria and surge of energy where participants feel on top of the world. This was usually the last ten days of the challenge, but I never felt it.

I didn’t even experience some of the hopeful non-scale victories (NSV) promised either. My face didn’t clear up. My knees didn’t stop aching. My clothes didn’t get looser. They didn’t get tighter either, but they didn’t get looser. I did not see much change in my physical appearance. I didn’t feel more energetic with my workouts than before Whole30.

I did experience my shoulder blowing out. I tweaked it hard doing something stupid like Wall Walks, or handstands, or maybe just trying to adjust the Glute-Hamstring machine. But Whole30, which claims to promote anti-inflammatory wellness, didn’t help with my shoulder.

When Whole30 was over, and I finished my reintroduction, I celebrated with Thanksgiving dinner. That was a huge mistake. I indulged in everything and had no brakes with whatever food I wanted to eat. 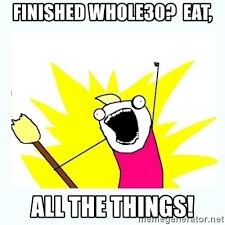 Right after Thanksgiving was my fortieth birthday, a huge milestone where I celebrated big with several friends all over Whidbey Island. We had cake, ice cream, homemade protein bars, pralines, donuts, and anything else unimaginable for Whole30. I didn’t even feel a twinge of regret. You only turn forty once, right?

Right after my birthday began the holiday party season. There were Christmas parties, a book launch for my writing community, and lots of traveling from yours truly. I visited one of my best friends in California, we went to Vancouver Island for Christmas, and then I went home to South Carolina right after New Years. By then, I was starting to regret some of my decisions concerning food.

I decided to give Whole30 another shot, and really do it as methodically as possible. I looked at my schedule and decided to start January 18th. Instead of doing the express reintroduction, I decided to make my reintroduction another five weeks. The five main food groups eliminated in Whole30 are Sugars (including natural sugars like maple syrup and honey), Legumes (including peanuts, beans, and edamame/soy), Dairy, Whole Grains (like pasta, bread, and cereal), and Non-Gluten Grains (quinoa, corn, and rice). 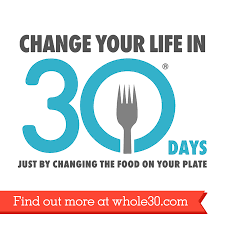 Instead of taking two weeks to go through all the food groups, I was going to tackle one group each week. In my mind, how can you say for sure which legume your body reacts to if you have peanut butter in the morning, black beans for lunch, and tofu for dinner? But if you stretch it out longer, and allow yourself to have peanuts on one day, reset for at least one day, and have beans on another day, you may have a better notion of which food your body is reacting to, if it has a response.

A little more scientific, but not an exact science. That’s one of the big problems I have with Whoe30. The authors are truly, truly knowledgeable, but they are toting a non-scientific experiment as science-based fact. It’s not. It’s not even close.

Just because you have a bad reaction once, does not mean you are allergic. Even if you DON’T have a reaction one time, doesn’t mean you AREN’T allergic. You have to repeat the experiment several times and get the same response consistently to draw a more definitive conclusion. Whole30 is advocating to eliminate it from your diet, and if you have one reaction one time, you know you should eliminate it from your life. That’s not how science works.

I have some more personal issues with Whole30 as well. While on the program, I went out to dinner with Chris to a Mexican restaurant, and I found it very difficult to find food I could eat. I was frustrated but I struggled through, substituting a slew of ingredients for Whole30 compliance. I struggled through without a huge amount of complaint not because I was experiencing “Tiger Blood” and I felt invincible. I knew within the next two months, I could come back to El Cazador and have whatever the hell I wanted. Because in two months I wouldn’t be on Whole30. 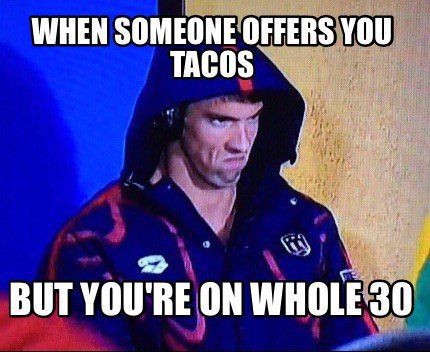 That’s not what Whole30 is supposed to be about either. It’s not supposed to be a “deprivation for two months” program. But looking at my behavior, that’s exactly how I processed it. I was given a treat by a friend, nothing big, a couple of fig bars. Not wanting them to go to waste, I took them and put them in my freezer. “I’ll enjoy them once I’m done with Whole30.”

I discovered my problem. Whole30 isn’t giving me a more motivating reason to give up some of the foods I love and enjoy. At least, not in the same sense as Conservation Fitness. 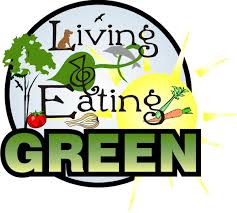 I can easily follow Conservation Fitness’s recommendations. Not because I created them. Because it motivates me with purpose. I gave up processed foods a long time ago. But I don’t even feel tempted to go back to eating lots of processed foods, even when there is a strong urge for candy, cake, or junk food. That’s because the conservation aspect, avoiding palm oil in an effort to protect and preserve orangutans and elephants, is stronger than just my simple willpower to eat healthy.

I can give up my favorite foods for a month. I can give them up for two months. I could probably give them up for even six months. If there is a promise I can go back to those foods, I can resist the temptation temporarily. But unless there is something stronger than my temporary willpower, something outside myself, I won’t make permanent change.

Conservation Fitness helps make permanent lifestyle changes easier by reinforcing your healthy habits with conservation action. I feel GOOD about turning down cookies and other junk food because I see they have palm oil in them, and I am repulsed against palm oil. I don’t want that crap, because not only is it not good for me, it’s bad for the environment. 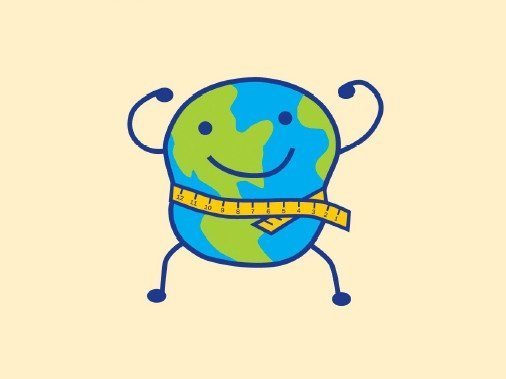 I wish I could find a way to make the connection from Whole30 to Conservation Fitness. But I will always advocate eating in ways you feel good. Sustainable eating is not just for the earth. It’s got to be a way YOU can sustain eating yourself. If you are resisting the urge to eat something only because “It’s not in the meal plan and maybe I can have it later”, it’s time to re-evaluate your diet.

Or maybe it’s just me.