I have to admit, I’m not much of a sports enthusiast. But gymnastics has always fascinated me. Have you seen some of the moves they do nowadays? I think gymnasts from the 80s and 90s would lose their minds contemplating some of these newer moves. Particularly the moves of Olympic champion and considered the Greatest-of-all-Time Simone Biles. 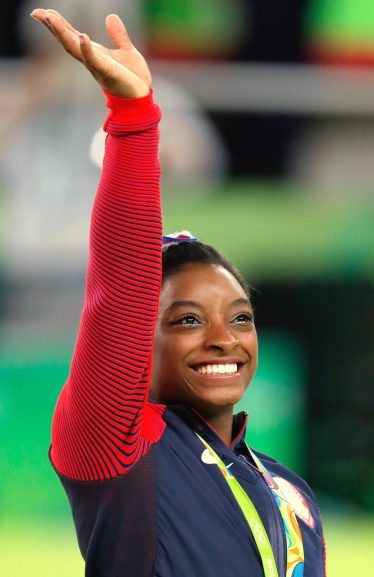 Simone holds four Olympic gold medals and 19 world championship titles. She has four gymnastic moves named after her. I did some research before writing this, and to get a move named after you, you have to do a move no one has ever done before in a major competition…like the Olympics. And Simone Biles has four.

So, when I heard that Simone Biles withdrew from the Olympics, I was shocked. Here is the G.O.A.T, on her way to becoming not just the most decorated gymnast of all time, but the most decorated athlete of all time, rivalling Michael Phelps, and she dropped her events. Why? Something pecked at my subconscious that the subject would be very relevant to me and ZooFit. I needed to learn more. 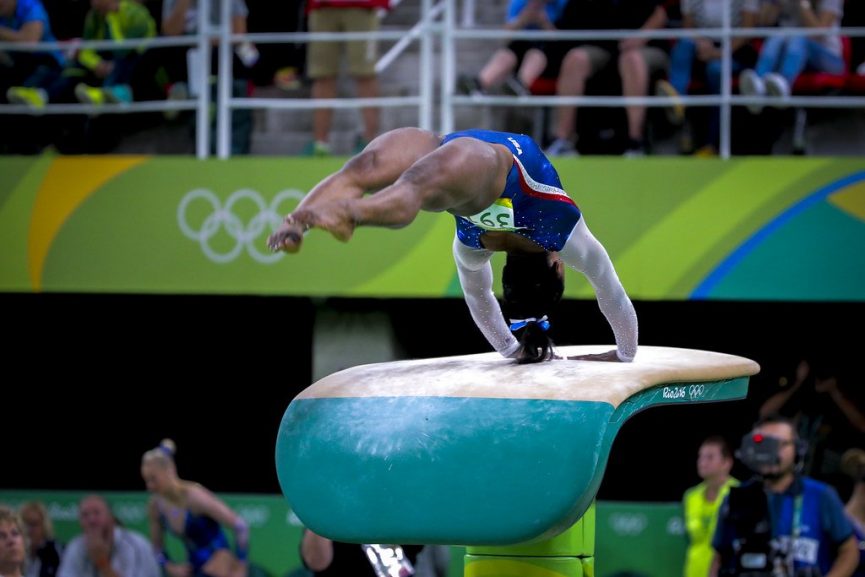 In my search for answers, I came across something known as “the twisties”. According to Wikipedia (I know, a super reliable source there…) the twisties are a sudden loss of a gymnast’s ability to maintain body control during aerial maneuvers. Gymnasts often report the twisties feeling something akin to an out-of-body experience… in mid-air.

I thought about what that might feel like. To propel yourself into the air, twist around, and suddenly not know which way is up. And it terrified me. See, I have an irrational fear of edges and heights. I fear falling and tumbling and not knowing which way is up. I don’t just fear my death, but the utter confusion in my own mind on my way to my death. This might be why gymnastics fascinates me. To see humans accomplish such gravity- and death-defying feats, with perfection and a smile. It’s insane.

And while I never have to experience the gymnast’s twisties (except in my nightmares), I related this horrifying mental struggle to some of the mental struggles zookeepers and animal care professionals experience. It’s a different type of twistie, but can be no less devastating on the mental well-being of the person going through it. Both can lead to very deadly consequences.

Simone Biles withdrew from the Olympics for several reasons. She didn’t want to risk the team’s chances for a medal (in her words). The other reason, while not a physical injury, experiencing this kind of mental block while performing death-defying stunts could lead to something much more serious than a sprained ankle or broken wrist. This wasn’t a matter of Biles needing to “toughen up” or “work through it”. It wasn’t just her career on the line, but potentially her life.

So what do the twisties have to do with zookeepers? Animal care professionals are notoriously prone to compassion fatigue, or burnout. This happens when, well, we care too much.

Let me be more specific. Compassion fatigue is when you put the animals’ care and needs in front of your own. You care more about the animals than you do for yourself.

And this is very dangerous. Because as I mentioned, it leads to a different type of twisties. Zookeeper twisties, or as I will call them from here on out, “the zooies”.

The zooies is when you put so much effort and energy into your job that you neglect your own self-care, which leads to mental health challenges. You can’t concentrate. You can’t focus. Your mood and patience dwindles. You feel sick, but feel you can’t call in, or take a rest day.

As ridiculous as the name sounds, the zooies are very dangerous. I can’t emphasize this enough. If you think twisting in the air and suddenly not knowing where to land your feet is scary, imagine feeling “lost” in your mind while working with potentially dangerous animals. It’s a recipe for disaster. 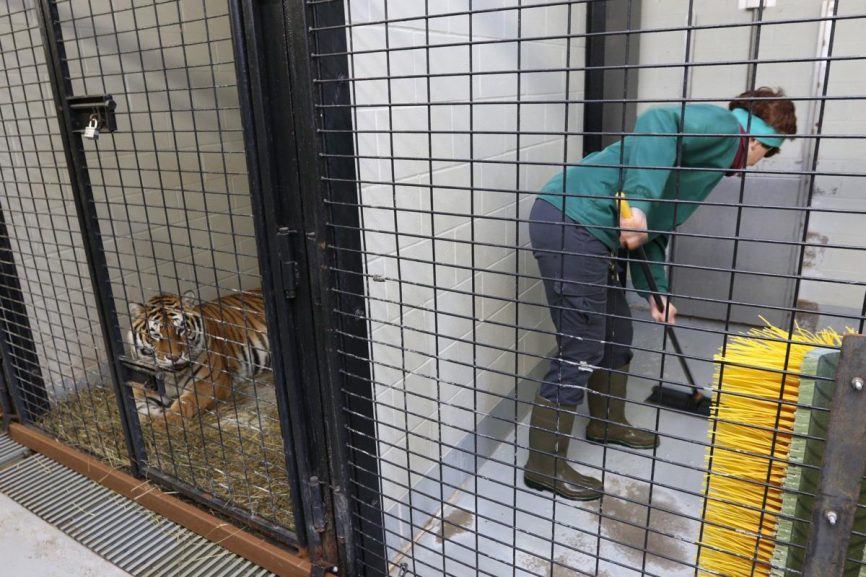 Having the zooies can lead to gates unchecked, opening the wrong door, mis-reading a medication label, or not noticing a sign of a serious illness with your animals. If you worry about what your team will think of you for calling in sick or saying no to an extra shift, then how do you think they would react to your mistake costing an animal their life?

When I first made this connection, I thought to myself, yeah, but zookeepers are hyper aware. These types of accidents don’t happen… And then I stopped myself. Because the next couple of words in that sentence were “that often”. But how often is “too” often? Isn’t one incident a devastating blow to a zoo, to the team who worked with the animal?

I’m not saying if you don’t start taking days off, you will kill your animals. But this is where Simone shined as a beautiful example for all of us to learn from. The chances that this gold-star athlete would land, say, on her neck or back, were incredibly slim. She relies on muscle memory mostly. But while she experiences the twisties, that chance of landing wrong increases, even just 10%. That 10% increase is enough for Simone Biles, the greatest gymnast of our time, to understand the risk she took if she continued on. This wasn’t about not getting the medal. It was risking her actual life and livelihood.

Making that kind of ultimate sacrifice– disappointing her fans, her country, and her teammates– so she could show up another day as the best version of herself is what truly makes Simone a heroic role model. She put her own self-care first, so that she can continue to be the Greatest-of-All-Time. Instead of pushing herself so hard that she risked injury and no medals, Simone showed it’s okay to put yourself first. It’s okay to say no. And it’s okay to not be okay.

I want to reiterate that last part. It’s okay to not be okay. You are not selfish or lazy for putting your self-care first. When you don’t put yourself first, you risk losing everything you place in front of your well-being. Great animal care starts with self-care.

You will have haters. There will be some old-timers who may say, “I never had to take a personal day! I just powered through!” That’s fantastic. For them. Be happy they have been able to operate without a serious injury or accident. But do you want to take that risk? Do you want to tempt fate with your animals’ lives on the line?

Younger, fresher faces may scoff and say, “I don’t need a vacation. My work is vacation.” And you can smile to yourself, or you can impart some sound advice— the best animal care starts with taking better care of yourself.

Simone Biles is facing a ton of backlash. “She is a disgrace to her country.” “A national embarrassment.” “She should NOT be celebrated.” But you know what I think is the best response? The fact she is here to respond to the critics. She doesn’t deserve a medal if she doesn’t compete, but that’s not the point. She deserves admiration for choosing her welfare and well-being over the glory of the game. 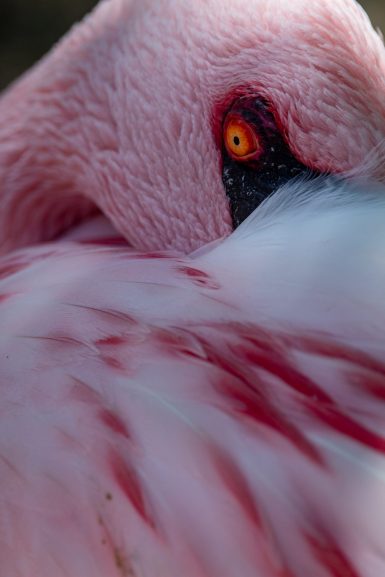 The question I think is relevant here is: What is animal care worth to you? Will you be willing to face those who criticize your decision in exchange for better animal care?

If you are feeling the negative effects of the “zooies”, ZooFit is here to help make fitness and wellness accessible and engaging. But even if you don’t get help with us, please reach out to someone and take care of yourself. You matter, your animals matter. Great animal care starts with taking care of yourself. You got this!