Something around 15-20 years ago, my mom got me this amazing card. I kinda wish I had saved it. It had a woman on the cover and it read “Things Which Annoy Me Way More Than They Should #121- Slow People in the Salad Bar Line”, and the woman is screaming “HURRY UP, THIS ISN’T A DECORATING CONTEST!”

It made me laugh because it’s true. There are a trillion things I find super annoying. I’ve gotten better at taking a deep breath and letting a lot of those annoyances go, but there are still quite a few things which really grind my gears. 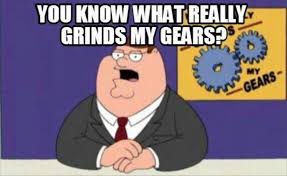 Today reminded me of some of those annoying aspects. I was trying a brand new recipe from a cookbook I got from the library. I’m studying up on the Mediterranean diet for my ZooFit Safari Guide. There was a recipe for an almond cherry cake. I glanced at the ingredients and found I had a large majority of them, needing only an orange to complete the list. So I decided to make it.

I’m not the greatest at reading the instructions all the way through before starting, I’ll admit. But reading ahead wouldn’t have helped me today anyways.

First instructions were to beat the egg whites until they formed soft peaks. Then I mixed the wet ingredients, minus the egg whites (but it did have me include the egg yolks).

I started to put together the flour and other dry ingredients, and I immediately got confused. The ingredient list stated I needed 1 1/2 cups of flour. The directions were telling me to mix 1/2 cup of flour. So I decided to re-read the directions. And then I read ahead. And I read the whole thing AGAIN. No where did it state to make any more than the 1/2 cup of flour. Well, I decided to start with 1/2 cup. It’s easier to add flour if you need it than it is to take flour away if you don’t. I ended up adding more flour to the mix. I folded the cherries, and was about to pop that baby in the oven when I noticed my egg whites.

Oh, MAN! I thought. I forgot the egg whites. Hoping I didn’t mess things up too much, I re-read the directions ONE MORE TIME to see when and where I was supposed to add the egg whites. It wasn’t in the recipe. I decided to carefully fold the eggs into the mix, and then carefully placed the pan in the oven. I’m assuming this was a good call because it doesn’t look like I screwed it up too much.

But now all I can think about is how annoying it is to have incomplete directions on a new recipe. And now I’m paranoid my recipes for my cookbook and meal plan are the same. That I am missing major steps in the instructions. I’m pretty sure I will have to remake EVERYTHING just to ensure my recipes are perfect…

As annoyed as I am, this is not nearly the most annoying thing I encountered this week.

I have an on-going debate on what I consider to be my biggest pet peeve.

#1- putting water bottles in the trash can. Especially when there is a recycling bin RIGHT NEXT to the trash can. I mean, I will even forgive those who throw soda cans and beer bottles away. I justify the ignorant action by saying “yeah, but if there was soda or beer IN the bottle, maybe they didn’t want to pour it out on the ground and attract bees…” There is NO EXCUSE for water bottles.

I may never get over these annoyances. I’ve gotten better though, believe it or not. I used to seethe with rage whenever a server brought me a straw even after I specifically requested no straw. Then I realized how busy and stressful being a server is. I can’t expect them to be perfect.

Nowadays, when I get a straw by accident, I use the incident to politely educate the staff or even the management. If I have time, I often ask to speak to the manager on duty. I will start the conversation by telling them how wonderful the food was and how great the service was. I want to let them know this is not a complaint necessarily.

After I compliment the establishment, I tell them how important conservation is to me. And there are many ways their restaurant can stand out by being progressively forward in environmental practices. I give them my NoStrawsForMe card and tell them there are simple ways to cut down on plastic, starting with plastic straws.

My conversations end by thanking them for such a great experience and telling them I hope next time I visit I can recommend them for their amazing efforts to protect the planet. I have rarely, if ever, been received unkindly. More than once I have been profusely thanked for such a suggestion.

This method of behavior change is focused more on positive reinforcement and operant conditioning rather than brute force and punishment. I haven’t figured out how to address the banana and water bottle situations, but I’m working on it, internally and by example. 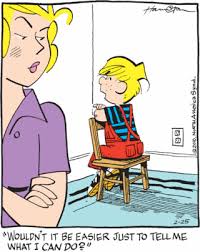 What really grinds your gears and how do you deal with it?