A few days ago, I was listening to yet another book telling me how THEIR diet was the best program to follow. I listened for a while, at least 30 minutes, but started zoning out, because my mind wandered to my own principles I’ve started following for optimal health and fitness.

I came up with several thoughts, and wrote them down. Later I wrote a blog post, coming up with 12 principles. Now, I’ve re-read and gone over the principles several times, and I’ve only changed it a fraction, by adding one and simplifying some others. 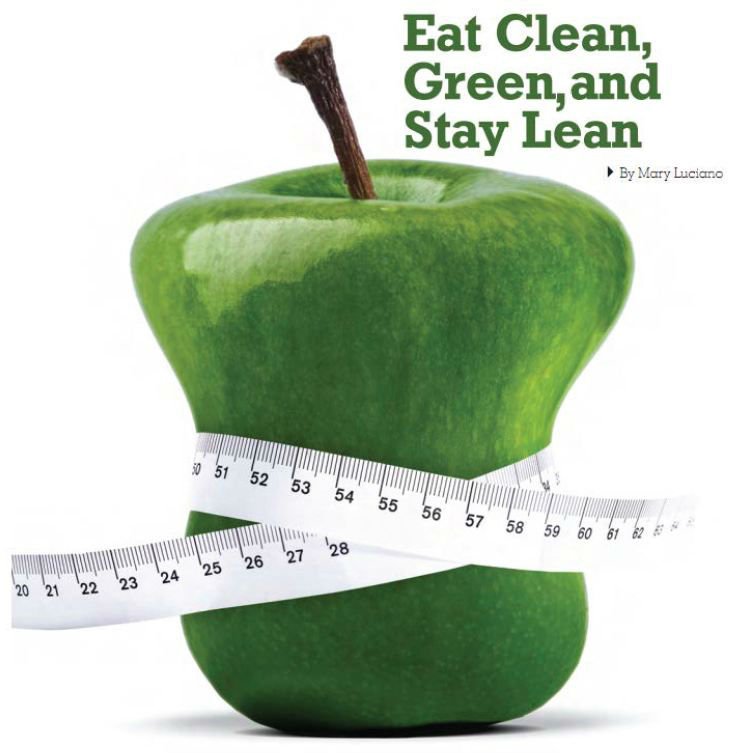 But simplifying is only great for bullet points. To me, at least. I feel a longer explanation is in order when people hear the principles. And I like explaining how each principle supports both a healthy diet and a healthy planet.

Yesterday, I explained how the first principle of Eating Green is being mostly vegetarian. The term for that is flexitarian, and I’m on board with calling it that, but I’m not sure how many people are completely familiar with the new terminology. So, “mostly vegetarian” is what I’m sticking with.

The other side of the same coin for what Eating Green stands for is following a Paleo-ish lifestyle. If you aren’t familiar with Paleo, here are several sites which can help explain it a little better than me. Or at least, will save me the time and energy of fully explaining it.

Okay, here is my watered down short version of Paleo, why I like it, why I don’t, why I follow it, sort of. Paleo refers to the paleolithic man, the prehistoric cavemen before civilization. The paleo diet adheres to the idea of following a diet closely resembling what we ate before the age of agriculture. So, that rules out foods which became available after we started farming, like wheat and dairy. 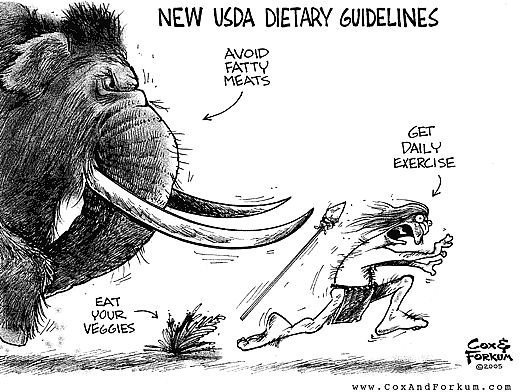 With this very general definition, I immediately have a few questions and concerns. If we are eating the way early humans did before farming, how is meat (from farms), produce (from farms), and processed foods such as almond butter, coconut flour, and avocado oil, allowed? I know that’s an extreme and pretty snobby attitude, but honestly. The meat we eat today is NOTHING like what our ancestors ate. Even the vegetables we have access to today is vastly different than only a hundred years ago, much less 10,000.

I know, it’s a weak argument. And to be honest, of all the diet trends out there, Paleo is the one I have the least problem with. I ask these questions to get people thinking rather than just blindly jumping on a popular bandwagon.

The point is we CAN’T replicate a paleolithic diet this day and age. That’s because we invented agriculture, civilization, and progressed. Nowadays, with the right soil, water, and care, you can grow just about any vegetable or fruit in any place. That means we have access to food our ancestors didn’t. I promise you a paleolithic caveman living in what is now called the Pacific Northwest did not have access to tomatoes. A person living in current England did not have cucumbers growing in their region. 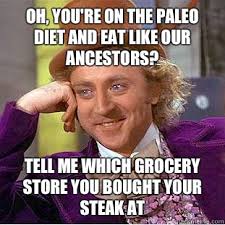 If we are truly following a paleo diet, what our ancestors ate, we should be eating locally produced food. Which, as we will discuss later, I advocate hard.

But with our technology and agricultural progress, it is impossible to adhere to a perfect paleo diet.

That’s the pettiest of my arguments against Paleo. My main argument is about how people exploit diet trends to fit what they want. People do this with anything. Paleo boasts a large amount of protein, lots of meat, as its central draw. I’m sorry, but eating a huge burger with bacon and fried onions and mushrooms is not healthier than a garden burger, just because you are eating it sans bun. I can possibly argue a meat pattie MAY be more environmental than even a garden pattie. It depends where the meat came from, or how far the garden pattie travelled to reach my plate, but there is no way your bacon burger with fried toppings is healthier. 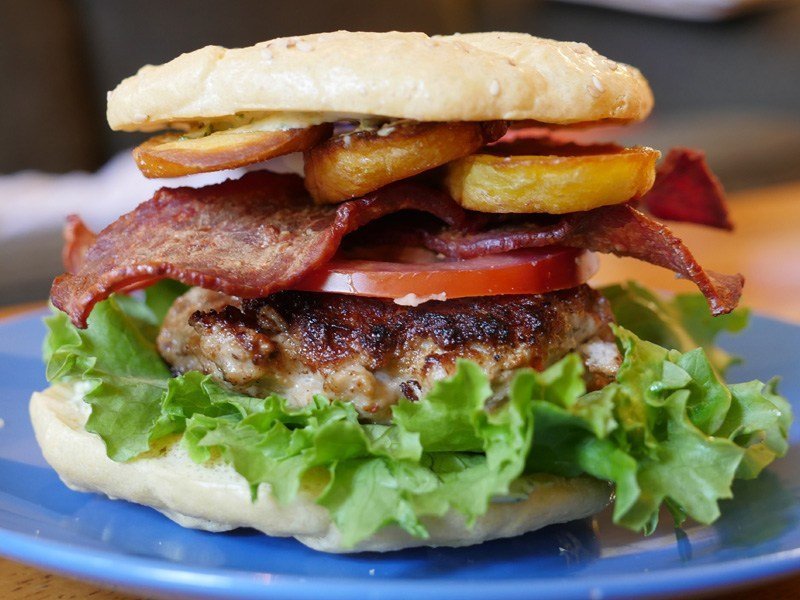 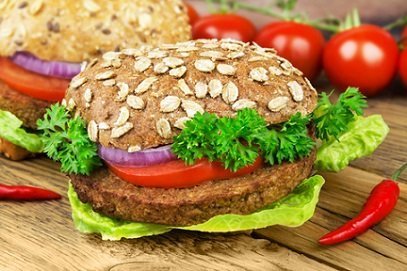 And because of this stance on meat, people exploit this loophole and eat an enormous, unhealthy amount of meat, all while claiming the trend is paleo. Here’s the thing- paleolithic man did NOT eat even half as much meat as our current culture eats. Sorry, folks, The Flintstones was not a documentary into the lives of cavemen. Most of our ancestors ate minimal amount of animal flesh, getting most of their protein from eggs, seeds, veggies, and insects (yeah, insects, who wants to eat paleo now?). The most common meat eaten was fish (if they lived by water), and small game like rabbits and probably squirrels. While the hunter-gatherers are famous for being mammoth hunters, or skilled with a spear, these occasions were super rare. They were not an everyday occurrence. It was just too time-consuming to hunt that often.

So, if you are to follow a true paleo diet, meat is not going to be the centerpiece of your meal. Mostly you would eat vegetables, fruits, seeds, grasses, insects (mmm, just keep thinking about eating grubs, so delish), roots, natural sugars like honey, and other things you could scavenge. Yeah, hunter gatherers were lazy scavengers. 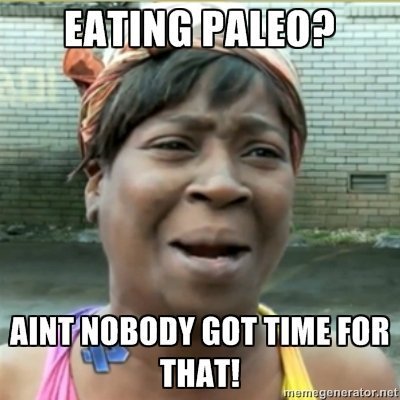 Much like our first principle, an Eating Green paleo diet does not consist of eating hordes of meat. Paleo, on the Eating Green plan is very much a flexitarian diet- mostly vegetarian.

As I said before, as much as I rag on Paleo, it’s actually my favorite of the lifestyles, because I like the idea of practicing eating as local and close to nature as possible. It’s a very environmental way to eat. And it is in tune with the other principles, such as whole, unprocessed foods, shopping the perimeter of the store, single ingredients .

Having tried Paleo on several occasions (and the diet Whole30, which I refer to as Paleo Plus), I can say being a strict Paleo works about as well for me as being a strict vegetarian. It’s not sustainable, nor did I benefit in the way I wanted. But I do follow a Paleo-ish diet. I generally stay away from sugar, keeping to the natural forms of agave nectar and using dates to sweeten things. I hardly eat any processed food, staying very clear of baked goods and snack foods. I drink water and tea, avoiding juices with added sugar, sodas, and even the sweetened water beverages.

But there are good foods not included on the Paleo diet which I enjoy, and have found are incredibly beneficial to me on a personal level. I found, while trying to find good fuel for my triathlon swim, oats are just about the perfect breakfast for me. Whole, unprocessed oats. Not the Quaker instant oatmeal mush. Steel cut oats are even better.

I also have found plain greek yogurt is a wonderful treat every now and then. Not everyday, but it hits the spot when I need it. And then there are legumes. Legumes are a tricky food group for paleo anyways. Green beans, snap peas, and sometimes green peas are considered fine by most paleo followers. But other legumes like soy, chickpeas, and peanuts are horrible and should be avoided, so they claim.

But remember, I’m a “mostly vegetarian”, and legumes are known to have healthy amounts of protein. In fact, pound for calorie, legumes are one of the healthiest proteins out there. The amount of calories in a serving of say, tofu, is only a fraction of the calories in beef. Four ounces of beef has about 28 grams of protein while a half cup of tofu has around 20 grams. That’s not too shabby, if you are counting calories and wanting to eat lots of lean protein.

I also like the environmental factors in play with eating more plant based proteins. So, I don’t follow Paleo as strictly as the “rules” say.

The environmental benefits are quite significant following a Paleo-ish diet, too. Following the main principles of paleo, you avoid eating processed and refined foods and sugars. This means you avoid lots of palm oil (do I have to remind you why palm oil=bad?), you are eating less packaged foods altogether, reducing your plastic waste, and if you are truly practicing the essence of eating like a caveman, you eat locally sourced foods. This cuts down your carbon footprint, keeping food out of refrigerated trucks, cargo ships, and plane rides.

As before, I will say Paleo isn’t for everyone. But practicing some of the principles behind the idea helps develop healthier habits of eating healthier foods. You can play around with lots of flavors on Paleo, and I’m including a few of my favorite meals when I’m practicing strict Paleo diet.

To serve, pour 2 tablespoons, or more if desired, over one can of tuna or romaine lettuce salad. Serve immediately