June has quite a few animal themed holidays throughout the month. For starters, it’s known as Our World Oceans Month with World Oceans Day celebrated on June 8. There is also Giraffe Day (June 21), Butterfly Awareness Day and World Environment Day on June 5, and an entire week dedicated to pollinators. But the animal-themed month-long celebration in June that means the most to me is Pride Month.

Pride Month in the Animal Kingdom

Wait! Isn’t Pride Month a celebration for LGBTQ humans. How is this an animal-themed event?

Well, it’s no secret anymore that many animals display gender non-conforming behaviors and physical traits. Even the notion that animals have sexual relations for one reason and one reason only (reproduction) has been turned on its head by studying animals in their natural environment.

And while researching animals that display their unique LGBTQ attributes for my Wildlife Wednesday Workout, I found some incredible facts about animals I did not know were so diverse, but most importantly, accepting of non-conformity. Homosexual behaviors in mammals, fish, birds, and insects. Hermaphrodites. Bilateral gynandromorphism. And even transgender animals. Not just in fish and insects, but found in non-human mammals as well.

I feel some of these animals are important to share with you to show how animals can accept individuals for their unique characteristics. And if animals can do it, then by gosh, we humans can, too. It’s not just Pride Month for us, it’s Pride Month for animals. These animals don’t hide who they are. They were born wonderfully beautiful, and I think this is a perfect time to celebrate these animals as ambassadors to the world for acceptance. And to show us how we are what we are. Love is love is love. 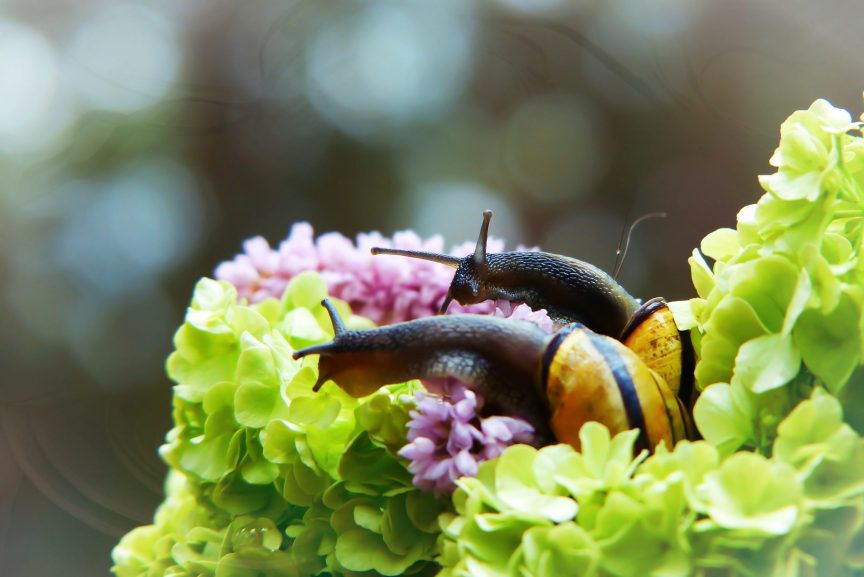 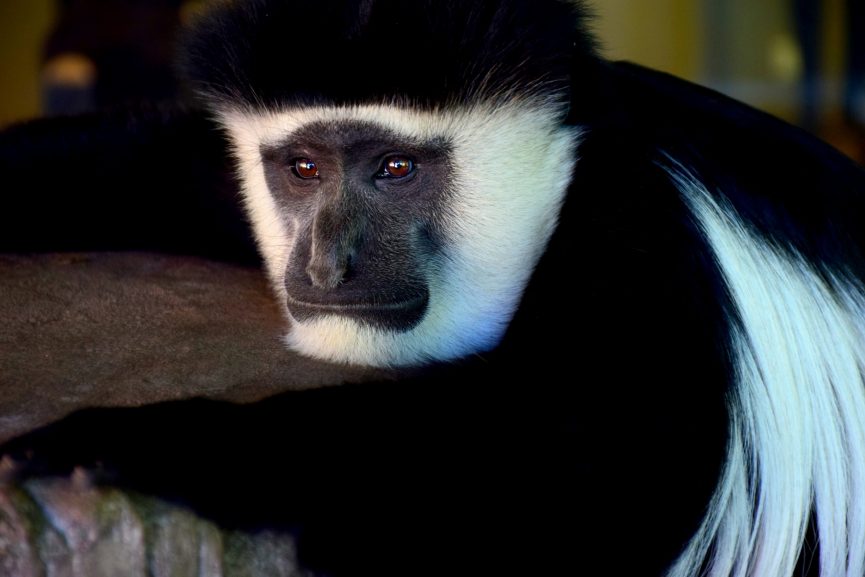 This makes my list as it shows non-human primates accepting non-binary gender adherence in their own society. When male monkeys reach puberty, they are kicked out of the troupe to make it on their own. Females get to stay. The red colobus and olive colobus adapted a unique way to stick around a little bit longer. They mimic the female colobus’ anus swelling when they are in heat. While the dominant male knows they are males, and doesn’t try to breed them, these youngsters do not get ostracized by their family.

This is more of a convenience idea and safety adaptation than it is a sexual preference, but I still love that even in monkeys, they accept the transgender females as part of the troupe. We could learn a lot from their behavior. If the person identifies as a female, then let them stay with the females. It’s not that hard, folks!

6. Dolphins and Sex for Pleasure

Early in my career, I learned humans are far from the only animal that has sex for pleasure. Many people now recognize that dozens, hundreds, of species demonstrate this philosophy. But no one animal quite displays this attribute more, ahem, obnoxiously, than dolphins. Dolphins will boink anything that moves. They do not discriminate. Male dolphins shove their penis in females, other males, in blowholes, in other dolphins’ mouths. And it’s not just the males. The females are sometimes more sexual.

When I was a dolphin trainer, we had to keep a death grip on the vacuum hose when cleaning the exhibit because the dolphins would try to wriggle it out of your hands and then stick the suction end on their junk. While pressure washing, you could watch dolphins flip the vibrating hoses off the bottom, flip over and let our cleaning equipment, um, I guess get them to come clean, so to speak.

I used to apologize to appalled mothers who witnessed these indiscriminate acts of love from the dolphins. “We forgot to tell them it’s a family park.” But now, I think I’d probably just stare blankly at them and ask what exactly they have a problem with. Nature? They’re appalled by nature doing natural things? It’s time to show kids and the public that there’s nothing wrong with enjoying sex. It’s not sick. It’s beautiful. Except the dolphins trying to boink my scuba tank. That’s not cool, guys!

5. Bonobos Teach Us to Make Love, Not War

Dolphins may be the most flamboyant about their sexual escapades, but they are far from the only ones who have sex for pleasure. Walrus (oh, the stories I could share), lions, pigs, and of course, primates all have shown they don’t just do “it” to reproduce. But I think my favorite animals to demonstrate this philosophy are bonobos. Bonobos are the closest living relative to humans. But they are a lot more peaceful than we are, and that’s probably because they have an interesting way to settle disputes, frustrations, and well, any negative interaction with each other. They have sex.

In fact, research studying wild bonobos shows same gender sex occurs significantly more often than male and female sexual intercourse. Can you imagine? Not saying that sex is the best option here, but being intimate, open, and showing empathy might go a lot further than, I don’t know, gunning people down in a massage parlor because you are a sex addict. Just saying. Perhaps bonobos are onto something…

4. Bilateral Gynandromorphism in Birds and Butterflies 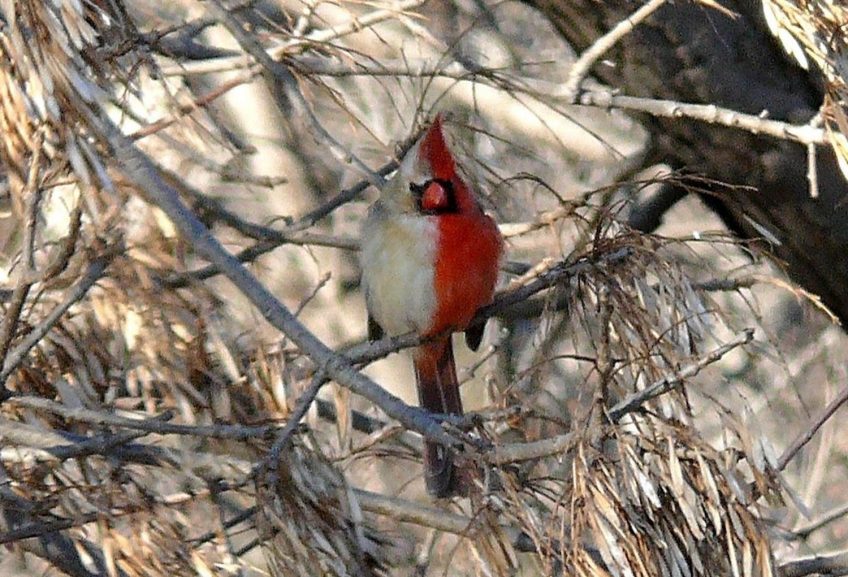 I learned a new and fascinating word this week! Bilateral gynandromorphism is the natural occurrence (often in butterflies and birds) where the animal is literally half male and half female. This also occurs in crustaceans, insects, and lizards. Split right down the middle, bilateral gynandromorphism is not the same as being a hermaphrodite. Hermaphrodites typically appear as either male or female, while having the sexual reproductive organs of both. Gynandromorphs appear as both male and female at the same time.

This may be even more frequent in other species, but we can usually only see it in animals that display sexual dimorphism— completely different physical traits between males and females. Think peacocks and peahens, or cardinals. If you ever see a butterfly or moth with different sized wings, they are likely a gynandromorph. The cool thing about these animals is there is nothing genetically wrong with them. They are perfectly healthy, and depending on how the male or female sides are presented, they may even be capable of reproduction.

I’m sorry, but nature is just SO COOL sometimes! 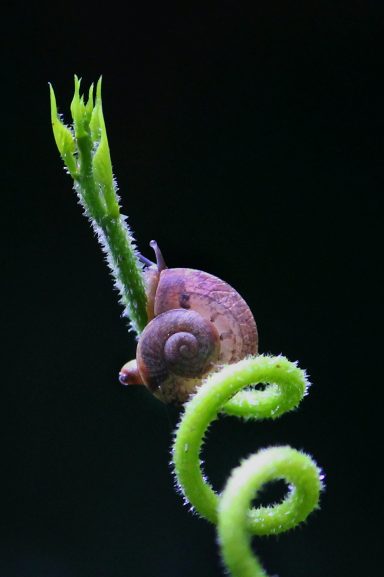 Okay, so I mentioned butterflies and birds aren’t exactly hermaphrodites. But slugs and snails are. They have both male and female reproductive organs, and when they mate, both inseminate the other, and get inseminated. In very rare instances, yes, slugs have impregnated themselves.

I just want to point out that this shows there isn’t just the gender norm we think of as male and female. In fact, there’s even a bit of a dispute (someone call the bonobos!) for how many scientific genders there may be. There could be as few as 22 or as many as 100.

I think this goes to show that it’s just as important to recognize non-binary people’s preference of pronouns as it is to respect every freaking person for being a freaking person.

So, there’s a slight inaccuracy in Finding Nemo. It’s not that huge of a deal, but it’s an important scientific detail that was ignored. With clown fish, along with several other species of fish including wrasse, angelfish, and gobies, they are all born male. Every single clown fish in existence is born a male. However, when the lone female dies in a clown fish colony, the largest, most dominant male literally changes sex, turns into the female, and mates with the new dominant male. IS THAT CRAZY OR WHAT?!?!

I sort of understand why Disney/Pixar didn’t portray this incredible, ridiculous fact (I mean, it’s pretty complex, how do you do that in a kids’ movie without going over audience’s heads), but how cool would it have been to be THAT accurate in a family movie about fish?

Who’s with me in petitioning a remake? 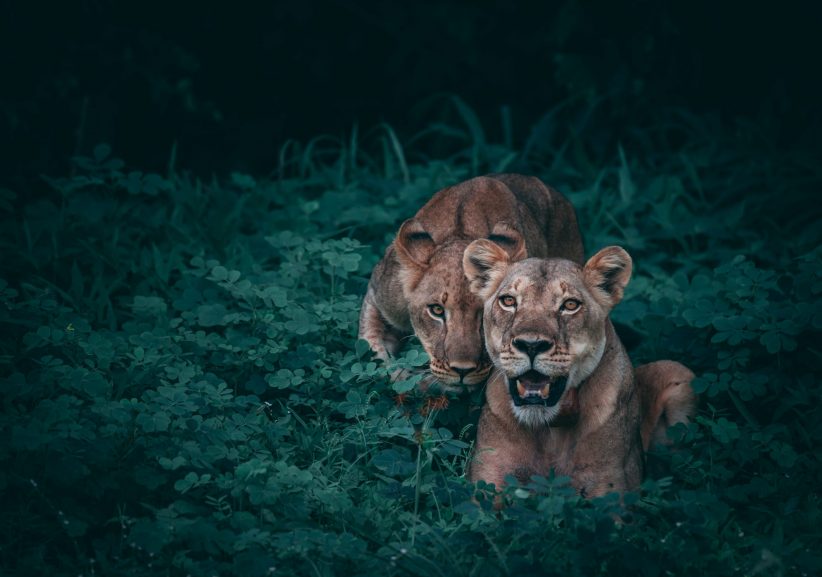 Alright, everyone! I’m going to prove to you why lions deserve to be the true mascot for Pride Month. When I learned more about lions during my research, I became even more fascinated with the king of the jungle. Besides the fact that a group of lions is called a Pride, lions demonstrate a lot of acceptance and diversity showcased on this list already.

Scientists have frequently observed lions having sex with the same gender. Male lions occasionally form small groups called coalitions. Typically made of young lions, these fierce predators often practice sexual behaviors, and use sex to strengthen their bond with each other. Some of these coalitions find their own pride and the relationships fade away. Sometimes, though, these connections last a lifetime, with the male lions becoming lifelong partners.

Additionally, lions have shown scientists they can be transgender, and not for any apparent advantageous reason either. In Botswana, at least five female lionesses took on male traits. They are female in every sense biologically (have mammary glands and sonograms show all female reproductive organs). But these lionesses grew manes, like male lions have, and even possess a deeper roar associated with males. They also have displayed male behavior towards other lionesses, including mounting and even infanticide. What’s interesting is the pride accepted these transgender lions and treat them as male lions. 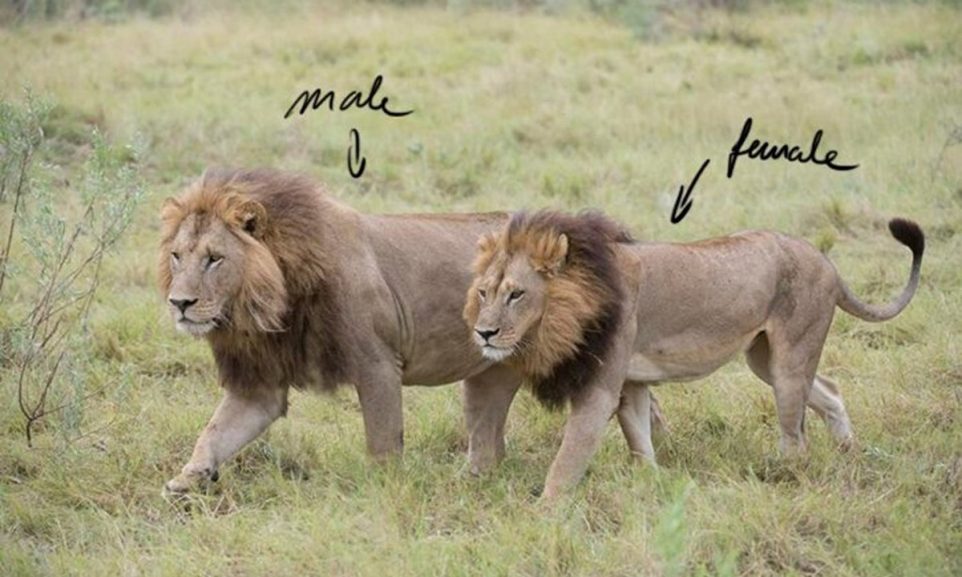 I think this is one of the most powerful lessons from the animal kingdom we can learn. Diversity makes us beautiful. It’s not unnatural, or going against nature. Gender variance, sexual preference, and non-binary are all over the animal kingdom. They show us how we are all special, unique, and different, and that’s okay. We can accept one another no matter who we are, no matter who we love.

Except you, dolphins. Stay away from my scuba tank!