Yesterday I had an epiphany.  How many times do you go to fix a meal only to discover you have all the “wrong” ingredients, or not enough of the “right” ingredients?

Now, normally, we wouldn’t think twice about popping back to the store to grab what we really need. But right now with most cities and regions cracking down on leaving your home except to walk your dog outside or essentials, this issue may create a problem.

ZooFit is all about doing what you can. And that goes for following recipes, too.

When I first got seriously into cooking, I fumbled around my kitchen (and it was much larger back then), scratched my head in regards to translating what in the world some of the ingredients were, and had no imagination or motivation to think outside the box. So, I get it. Playing with our food is a foreign and uncomfortable concept. “But the cookbook says to use PARSNIPS! I can’t use rutabaga!”

Hopefully, this blog will inspire you, empower you, and motivate you to literally play with your food. And have some fun with your meals. 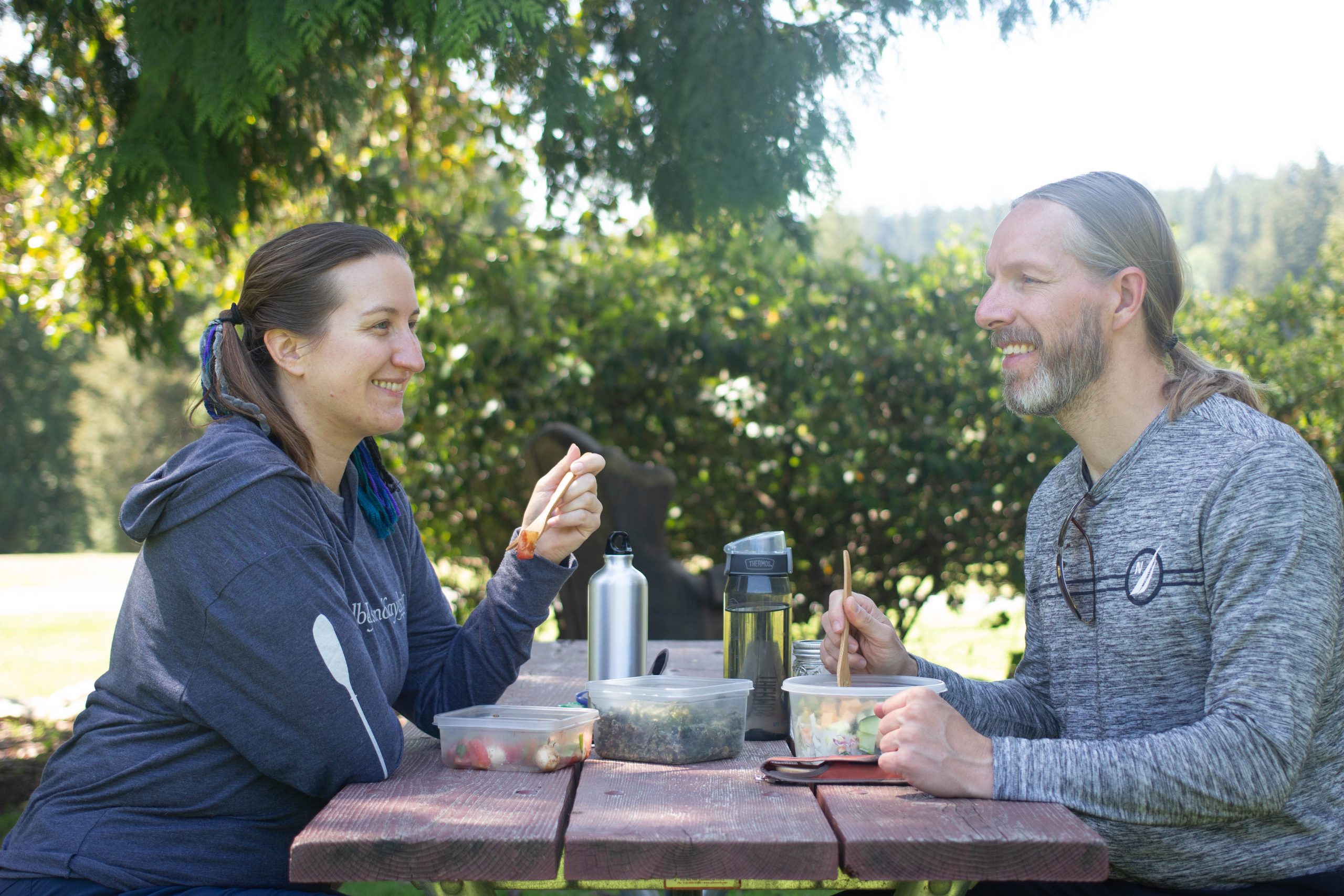 Last night I planned on making an alternate form of a recipe I created for the ZooFit Safari, Cauliflower Gratin. Recently, I’ve been avoiding cauliflower itself because I’m deliberately avoiding ANY foods wrapped in plastic. Instead, I wanted to make the dish with broccoli. And I’m not eating onions right now, either, so I was nixing the leeks. But then as I gathered my ingredients together, I realized I didn’t have cashew butter either. In fact, I didn’t have ANY nut butters.

Not wanting to nix the recipe (because, to be honest, it was really our only option), I decided to improvise. So, this recipe originally called Cauliflower Gratin was now Broccoli with something that will hopefully resemble a cashew cream sauce.

I searched my memory bank and other cookbooks for something which could be a fitting substitute for cashew butter. I found it in the Whole Smiths Cookbook. A couple weeks ago, I made their Spaghetti Squash Tuna Casserole, and I really liked it. Instead of a cheese sauce, they made a cashew cream sauce from soaked cashews and a small amount of spices. Knowing I have quite a cache of cashews, this was a great alternative. 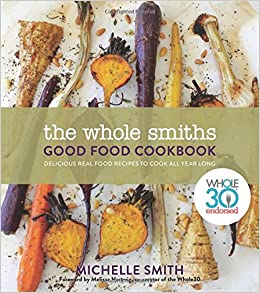 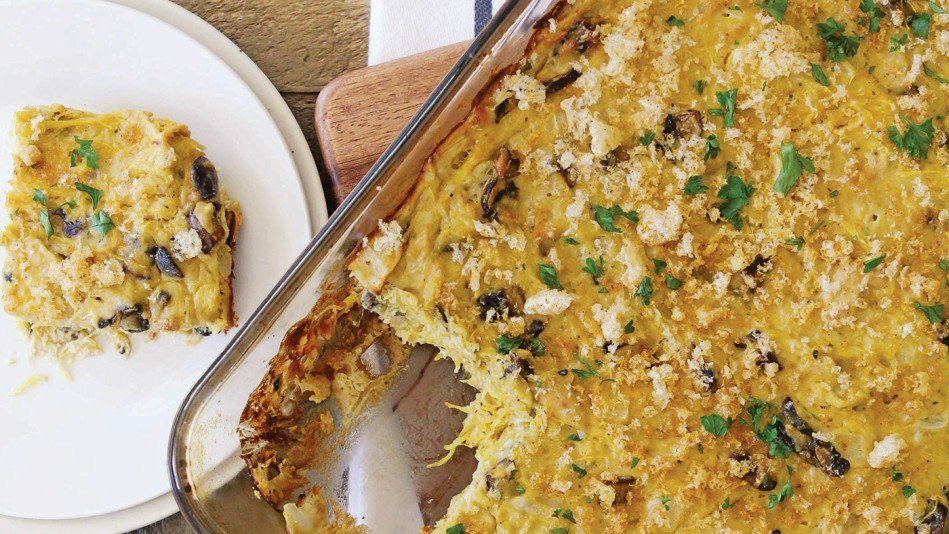 But I wanted just a little more to offer this dish. The original was a main entree, but now that I was fixing it, it just didn’t seem like enough. Something I’ve become quite fond of doing in the kitchen has become my motto- when in doubt, add bacon.

But if you know me, you know I’m not eating a lot of actual pork bacon these days. I’ve started making my version of Portobello Bacon, made with a variety of flavorful spices coating sliced portobello mushrooms. I luckily had quite a few portobello mushrooms, so grabbed one to make my bacon, and added that to my impromptu recipe as well.

In the end, it was SIMILAR to Cauliflower Gratin, but oh so different. And it was pretty delicious as well.

Here are both recipes for you to compare. And hopefully inspire you to Play With Your Food! 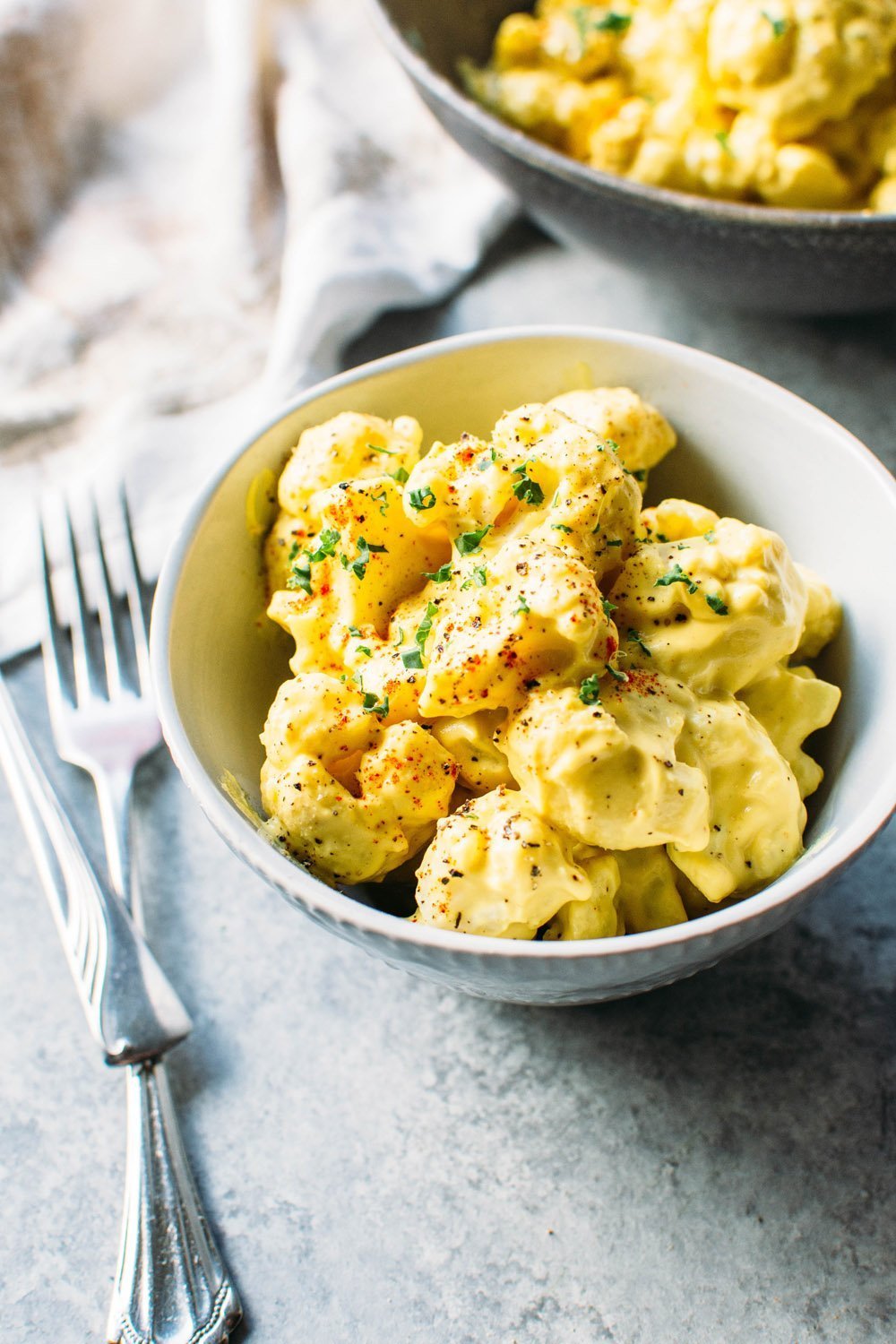 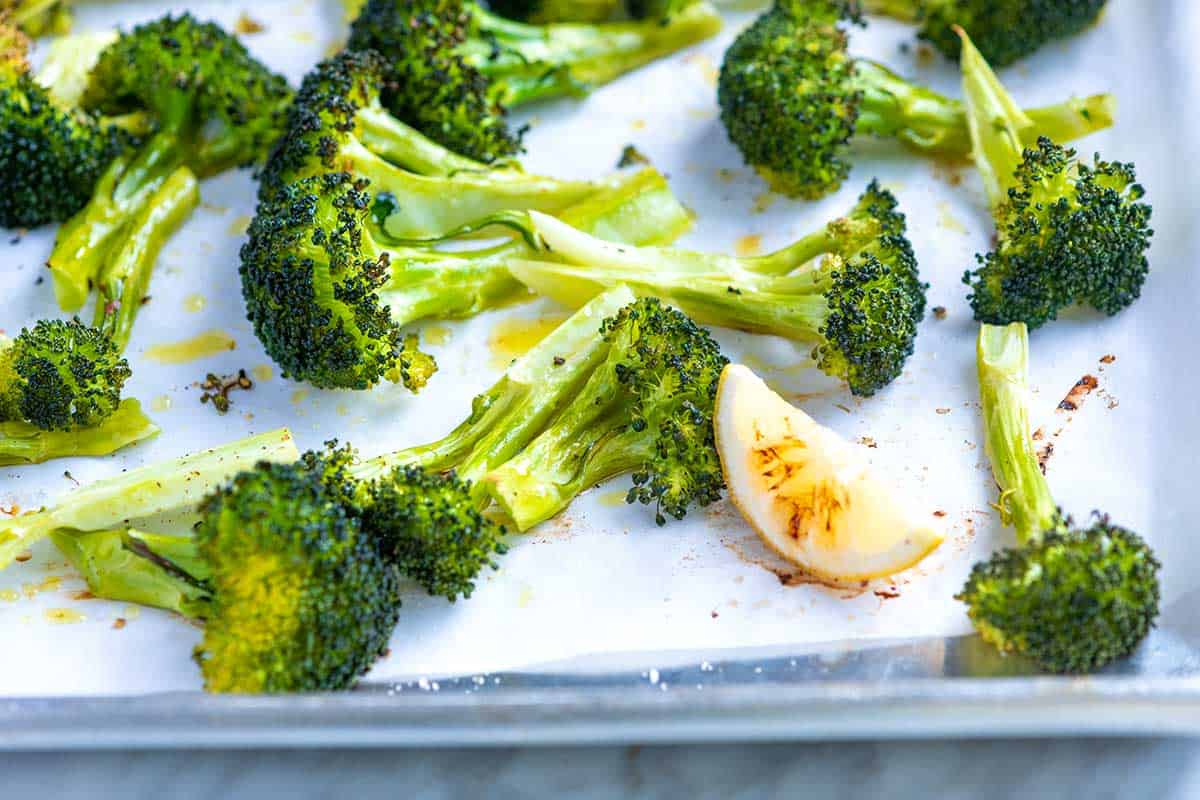 What do you think? Can you think of even more changes to either recipe to make it your own, make it better, or just a different version? Let me know how you play with your food, and how it turns out.