If there is one thing I understand, it’s that telling someone something they should do is a sure-fire way to get them to not do something. As Brian Johnson from Optimize says, be a Radiant Exemplar. Live by example, not by command.

So, how do you get people on board for eliminating or reducing their plastic use without preaching? Live by example.

Yesterday I went to the grocery store. I had enough bags, but I really wanted to try out the new T-shirt bags I made. As the cashier rang up my items, another employee stepped in to help bag my purchases. “What’s this?” she asked, holding up one of my T-shirt bags. 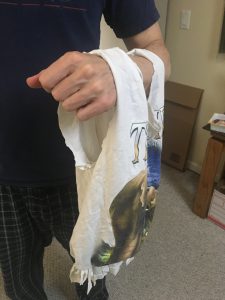 “No kidding? You made bags out of T-shirts? I’ve never seen that before.”

She commented how sturdy it was. To be fair, I did have fairly light items, but I agreed the T-shirt bags were quite handy. I just wish I had the guts and gumption to give them out while waiting in line so the person in front or behind me wouldn’t have to use a plastic bag.

I’ve made these kind of statements before. On my last visit back home to South Carolina, my mom took me to a favorite eating establishment. I had left my utensils at home, but luckily, I taught my own mother some things, and she had her own set. Instead of using the plastic forks (which were also wrapped in plastic), I used mom’s bamboo fork and spoon.

While the two of us talked about the shopping we were going to do, a couple young girls, in their early to mid-teens walked by. I couldn’t help but notice one of the girls nudge her friend and point at me. At first I wondered if something was wrong, but then I noticed they weren’t looking at ME, they were pointing at the utensils.

While visiting family in Kentucky, my husband and I experienced the same thing again. We remembered our utensils, and of course our water bottles. While many others drank out of plastic cups and ate with plastic utensils, Chris and I were comfortable knowing our actions would not have a negative effect on the planet. We also decided the next time we come across a bunch of reusable utensils, bamboo or whatever, we’re buying them all and handing them out as Christmas gifts. 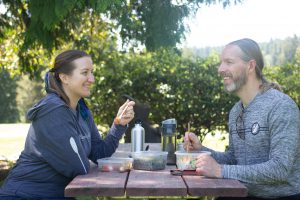 Be the Change You Wish to See in the World

It can be a bit frustrating to watch, as you pack away all your groceries in canvas bags, three other supermarket patrons walking out with a dozen plastic bags apiece. Again, I just wish I had the courage to hand out my T-shirt bags in line. Sometimes, I tempted to stop one of these people and ask “Really? You need a separate bag for your bananas, which YOU PUT IN A PLASTIC BAG?!?!”

But believe me, your actions speak louder than words. Out of the dozens of people you come across day in and day out, I promise there are people who notice your efforts, and are influenced by your efforts. It’s not even friends and family. Strangers are influenced by your actions. When you eat out, bring your reusable utensils. When asked if you want a drink, show them your reusable water bottle. Really wow someone at the restaurant by bringing your own take-out containers. (I never have this problem, Chris eats all the food on his plate and we never have leftovers) 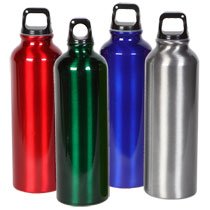 Let your actions say everything you need or want to say. Be a radiant exemplar. Show people how life is better without all the plastic, by being happy, positive, and making bold statements without saying a word.