I met with Parks and Recreation to discuss possibilities for new and returning programs.  Apparently, even though there were no sign-ups for EarthFit bootcamp this session, there was a lot of interest. So, it could have been a result of bad timing (the session starting too soon after the program schedule was released), or bad timing (starting bootcamp at 4 pm). So, Carrie, the program coordinator, and EarthFit participant, wants to have another go at EarthFit.  This time, we are scheduling the session for the last month of programming for that particular season (January-April). And April is a Whidbey Island-wide celebration of Earth Day.  So, a fitness program centered around Earth Day with an emphasis on conservation practices MIGHT have a larger turn-out.  I also changed the time from 4 pm to starting at 5 pm. Daylight savings begins March 12 next year, so a 5 pm start time will still allow us daylight to see during our workout, and smaller chance of tripping on roots along trails.  Carrie and I were also discussing better ways to promote the bootcamp series on Facebook and in the program schedule itself.  Maybe I can find some fun photos of me and Chris dying after one of our workouts.  THAT would be a great selling point!

We also discussed a couple new programs I wanted to try out.  I’ve been wanting to hold a Make Your Own Medicine Ball workshop for a while, and I think this might be a great venue. While describing the workshop details, Carrie got a bit excited and asked if there was anything else I had ideas for Do-It-Yourself exercise equipment.  I told her as a matter of fact I DID have one other idea, a DIY ab-mat.  Further discussion into this possible series of workshops led her to ask how the medicine ball was made, and I mentioned worn, punctured, or old basketballs that couldn’t be used anymore.  She points behind me in her office and says “Like those?” 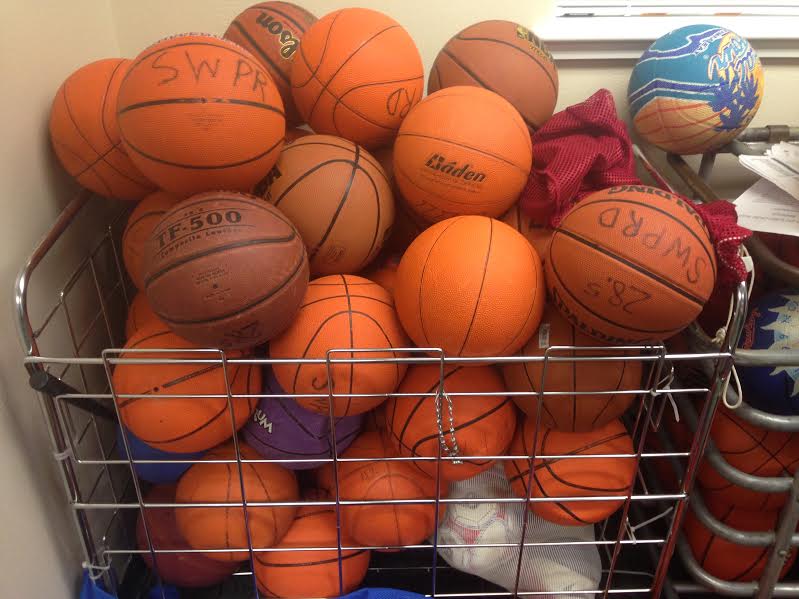 Yes, Carrie!  Like those! Oh, I hope and hope and hope this workshop goes through, because this is AWESOME!  I’ve hit the mother-load of medicine balls!

Okay, onward to my regular posting

ZooFit Tip- Besides the DIY medicine ball, I also re-use salad containers because they aren’t recyclable on the island.  I use them for shuttle sprint and lap running indicators. I do need to work on decorating them though, because on more than one occasion I have had people try (one time successfully) to throw my locators away.  I mean, technically, they are trash…. But it’s great cardio and great way to re-use something that can’t get recycled. 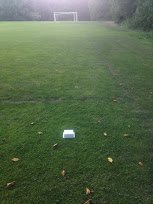