Happy National Zookeeper Week, to all animal care professionals. I admit, I still consider myself a zookeeper, always and forever. This week I celebrate my fifteen years as a dedicated animal trainer and caretaker. I also celebrate how with ZooFit, I incorporate all the principles of zookeeping to help others achieve success in whatever their goals may be.

The Keeper’s Life for Me

The journey to become a zookeeper is a huge accomplishment in and of itself. If you go to a zoo and see someone cleaning up the rhino enclosure, here are some things you probably haven’t considered:

When I left the zookeeping field in 2015, my heart remained very much connected. Even today, five years later, I still say “we” when referring to zookeepers, my old zoo, or even my first animal training job.

I stay connected through conferences and social platforms. The American Association of Zookeepers is very near and dear to my heart. I still attend the conference pretty regularly, present workshops and talks, and reach out to AAZK chapters periodically to share ZooFit with them.

This year, for National Zookeeper Week, the celebration looks a little different. Visiting the zoos looks a little different. So, I reached out to several AAZK chapters and offered free ZooFit talks through Zoom. I’m very excited to present “Life Lessons from the Animal Kingdom” tomorrow to Point Defiance Zoo AAZK and Dakota AAZK. On Tuesday and Thursday I’m presenting “Positive Reinforcement is Not a Burger After the Gym” for Puget Sound AAZK.

It’s important to give back to this community, at least for me. ZooFit basically got its start through my work with AAZK and Woodland Park Zoo (Puget Sound AAZK). It wasn’t just the idea of ZooFit and how I got into fitness. It’s the general practice of ZooFit. These are principles of animal training, enrichment, and conservation to make fitness and our well-being fun, engaging, and impactful. A positive experience.

Everything I want for ZooFit and sharing with others is centered around what I wanted for my animals when I was a zookeeper. And what I now want for the world. A healthy environment, and being the best version of ourselves (and the animals’ selves) possible.

If you are able to go to the zoo, I encourage you to visit. Support your local zoo, and thank the zookeepers for their hard work and dedication. They have been working non-stop through the coronavirus lockdowns. Zoos may have been closed, but the animals were still provided the absolute best care. If for no other reason, they should be applauded for that.

If you would like to join me on a Zoom workout for Wildlife Wednesday at 7:30 am (Pacific Time), let me know in the comments, and I will share the link. I’ll be honoring a special Conservation Hero, Stephanie James- a co-worker who loved her job intensely, as well as all the animals in her care.

On Friday, I will host a special Live Fandom Fitness Friday on Facebook. This will also be at 7:30 am (Pacific Time).

Both of these workouts are tests to see which platform works best for potential regular Wildlife Wednesdays and Fandom Fitness Fridays. So, if you can’t make it this time, there will likely be more forthcoming.

Celebrate the Zookeeper Within

ZooFit teaches us to unleash our inner zookeepers to change our lives and change the world. Zookeepers are strong individuals who stay positive for their animals. We (see, I can’t help myself) improve animal welfare while keeping the animals engaged and active each and every day. Zookeepers also inspire others to learn, care, and act for conservation.

There’s a word for those who eat clean, live green, and train positive- Keepers. Unleash your inner keeper today and celebrate with others this National Zookeeper Week.

International Save the Vaquita Day

What Simone Biles Can Teach Us About Self-Care 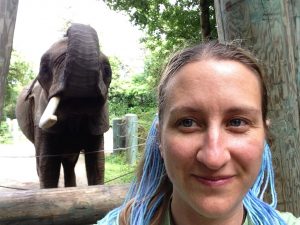 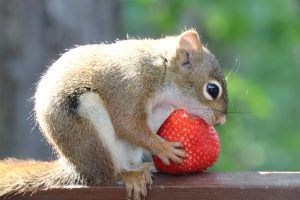