I haven’t had a Kim dream that I could remember in a long time. I used to have them daily, or at least on a regular basis. I cherished those encounters, because they were the only time I could converse with my sister.

I often wonder if I make my sister proud. I strive to live my ambitious dreams to honor her, specifically. Because she isn’t here to live it herself.

I connected with Kim in the dreamscape the day she died, actually. We had seen the movie “Titanic” together with our significant others a few nights before. I was dreaming Kim and I were on the fateful voyage, only her name was Amber. When the ship started sinking, a swarm of panicked passengers rushed us, and Amber was thrown off the deck accidentally. As she plummeted into the water, I screamed out “AMBER!”

At that exact moment I sat up in bed and screamed “KIM!” Chris was with me. We had been dating at that time for a few months, but even then I felt this guy might be marriage material. Chris desperately tried to comfort me and settle me, but I was unnerved. From what? A dream? And an easily explained dream at that? Why was I so shaken?

Not long after I got up and started making breakfast, my dad called and asked to speak to Chris. This was highly unusual. My parents’ actually frowned upon me and Chris staying over at each other’s places. The whole pre-marital sex issue was not something they wanted to acknowledge. But Dad didn’t seem to care about that. He was stern and terse, so I immediately handed the phone over to my boyfriend.

Chris and Dad spoke only briefly, but when he came out of the room, he was teary-eyed. Suddenly, I knew something had happened with Kim. I couldn’t explain how I knew. I just knew. Chris wouldn’t tell me. All he would admit was we needed to get me home right away.

He called his mother to come get us and bring us to the hospital to meetup with my parents. I was in a panic. My last interaction with Kim reverberating in my brain. We hadn’t had a fight, per se, but as usual when it came to my sister, we hadn’t seen eye to eye on things either. I was wracking my brain trying to remember what had set me off this time. It didn’t matter. The only thing that mattered at this point right now was getting to Kim. To tell her I loved her. Because I hadn’t said it the last time.

Walking down the hallway, I got a sickening feeling in my stomach. We were not heading toward the wing for emergency surgeries. My parents were not outside in a waiting room area. They were inside a grievance counselor’s office. Through the window, I saw my father, the strongest man I knew, sobbing into the shoulder of his friend and secretary, Corabelle. Mom was wrapped in the arms of her best friend, my “aunt” Shelly.

But it was true. Kim was gone. No one was to blame. She had simply slid on a patch of ice and crashed into another car. Doctors say she was killed immediately, as if that gave me and my family some sort of solace in our grief. At least she didn’t suffer. She didn’t feel it. She was just gone. Forever.

Movies were a big part of my life, but they were hard to watch after Kim died, too. After the accident, I went with my best friend to see “Titanic” again, but couldn’t make it through the rest of the film. When “City of Angels” came out, I hurried to go on a date night, but again found myself crying so hard I had to leave the theater.

And all this time, I would be comforted in my dreams by visits from Kim.

Finally, after a couple of years, I had a disturbing dream that stayed with me for a while. Kim and I were walking through our hometown with her two best friends, Liza and Jennifer. We came across a church. There were many grievers out front, and a casket. Kim paused in front of the steps for a moment, letting the funeral procession pass her by.

Me, Liza, and Jennifer looked at Kim quizzically. “You did,” I said.

And then Kim disappeared.

I cried when I woke up. But what was even more depressing for me was I didn’t have another Kim dream after that. Not until I went to see “The Sixth Sense”.

Unfortunately for me, “The Sixth Sense” was ruined within the first fifteen minutes. No one had given away the twist, but I knew there was one. The restaurant scene with Bruce Willis’ wife gave it away for me. I knew the twist because I had been her character several times over the years. I would do things I thought Kim wanted me to do, because she liked them.

But the dream where Kim disappeared and seeing how Bruce Willis’ wife had a hard time getting on with her life, I realized I needed to honor Kim without becoming her. I had to live MY life.

That night I did have another visit from Kim. She finally looked like I imagine an angel would look. She was at peace. I took that to mean she would be happy as long as I followed my own path.

Kim was still my maid of honor for my wedding. She has been with me in every major decision I’ve made in my life, and I know she guides me in my triumphs and my struggles.

As her twentieth anniversary approaches, I struggle with how my life and hers were different. I wonder if I’m making the difference in the world I promised her I would make.

I will never stop missing my sister. She will always be in my heart and in my dreams. Her memory lives on. Forever my angel. 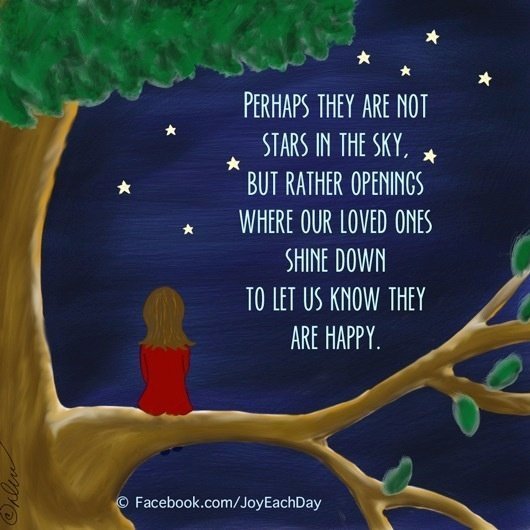