I should coin a phrase for someone that helped me establish my roots in some of my passions.  Influencers, sure, but some of these people in my life have truly formed an ideal and a passion so strong in me that it changed my life.  This month I heard that one of my earlier influences to be a writer and a storyteller passed away, and I have gotten around to writing my formal farewell to this distinguished Lifechanger. 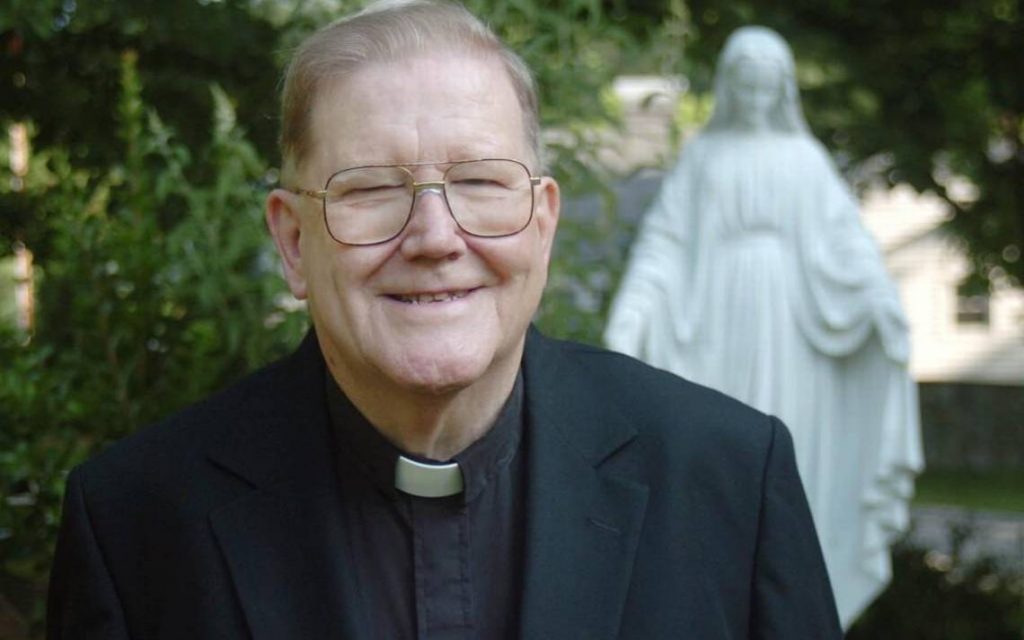 His name was Father Joseph Wahl, but we all called him Father Joe.  He was a priest at the Rock Hill Oratory, and he was one of the priests that welcomed my family when we moved to Rock Hill from South Carolina in 1978.  I was only a small baby, so I don’t remember those particular days.  What I do remember was having Father Joe come over for my birthday dinners and Christmas dinners, and starting a tradition that I haven’t practiced since I was a child, but would love to see ramped up again.

After dinner, but before dessert, the whole family- me, Kim, Mom and Dad, Grandma  and Poppi, Aunt Shelly and Uncle Jon, and Father Joe would sit around the table telling stories.  But it wasn’t one person telling one story with everyone listening, it was all of us telling one story, a couple sentences or paragraphs at a time.  I was young, but I loved being involved.  We would tell stories of horses, and princesses, and magical lands, I’m sure, but those aren’t the stories I remember so well.  There was one story that truly became an inside Martinson household tradition- the Lady with a Nose on her Dress.

The only thing I can’t remember about the Lady with a Nose on her Dress was how she actually came to be.  She didn’t have a name.  We never gave her one.  But she went on quite a few adventures with the Martinsons.  She was an avid Dodger fan, so she went to baseball games a lot.  She was also an animal lover, and had a couple pet birds and turtles.  Her adventures became my adventures and it was this wonderful family tradition that inspired me to be a writer.

Sure, the creativity within me was bound to shine forth with or without the family story-telling, or the Lady with a Nose on her Dress.  But it’s one of those special memories I hold onto that reminds me of home and all the support I’ve always had for my passions and dreams.

Reading Father Joseph’s obituary doesn’t mention the Lady with a Nose on her Dress.  It does mention his participation in the African American rights movement, his leading a project to help Vietnamese immigrants come to Rock Hill after the Vietnam War, and his work with Hispanic communities in the 1990s.  I had no idea how much care and compassion this man had not just for his parishoners, but the community as a whole.

There is no mention of our story telling tradition he helped start and carry through-out my childhood.   He made such significant changes in so many lives, I wanted to share how this man changed and shaped mine.

Farewell, Father Joe.  May we greet each other once again one day at the Gates of the the Great Dodger Game in the Sky.  And have another grand adventure with the fine Lady with a Nose on her Dress.