An increasingly popular argument against zoos is emerging from the animal rights’ front.  That argument is stating that zoos are becoming obsolete because everything we need to learn about wildlife and conservation can be taught through the internet and documentaries.  That seeing animals in a zoo setting is not like seeing them in real life, like you can in a documentary.

I’m not really one to debate the value of a good documentary.  With our advanced technology, researchers are able to get closer than ever without disturbing the natural behavior of animals in their natural environment (have you seen the documentaries that use cameras shaped like dung?!?!).  Many documentaries help broaden the knowledge of a particularly interesting animal, and may intensify a spark to protect a species.

However, I don’t feel that zoos or documentaries are mutually exclusive.  To say we don’t need zoos because of these advances and because we can learn from documentaries is misleading.  I believe life experiences together with learned knowledge is what will lead to conservation efforts in our future generation.

The hope that documentaries will replace zoos is a frustrating and a completely unhealthy agenda from the animal rights.  Don’t get me wrong, there are many great nature and animal-focused programs on television.  I have watched my share of documentaries, in theaters, online, on DVD/video, and on television.  I’ve even learned quite a lot about animals and their habitats from watching these programs, as a child and even as an adult.  But I feel 100% certain that I wouldn’t have held such a remarkable interest in the material nor absorbed as much information had I not previously been introduced to the subject by visiting zoological facilities.  There are several significant issues with most television programs. 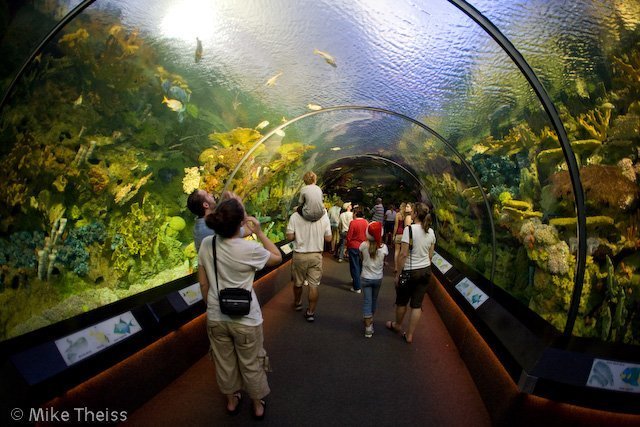 Designed to teach the public about animals, their habitats, and their behavior, it is ironic that these documentaries can have a negative effect on our need for nature.  We have entered the new age of technological advances that bridge culture gaps and connect societies, but drain us of all appreciation for wildlife and the outdoors.  We are becoming incredibly nature deficient.  The problem with nature deficiency is that, unlike vitamins that only affect our bodies, we are depleting ourselves of a mental, emotional, and psychological nourishment, as well as draining the earth of the care it desperately needs. 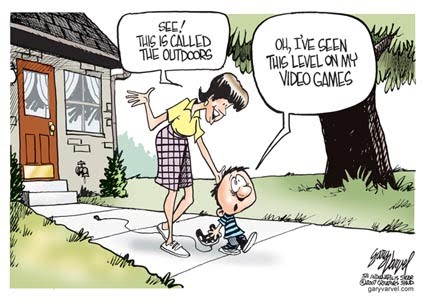 In an age where the next generation is becoming further and further removed not just from nature and wildlife, but the outdoors in general, why, as biological institutions, would we advocate our children spend MORE time watching TV or “playing” research on the computer?  Shouldn’t we be encouraging kids to explore outdoors, to discover the wonders of nature for themselves? 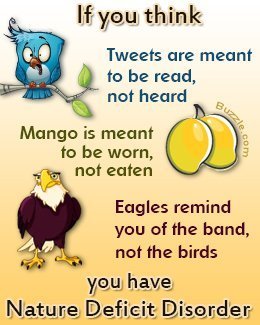 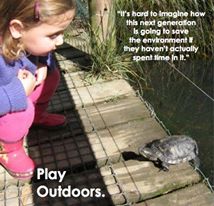 Television executives are not attempting for us to get in touch with our wild selves, anyways.  Why would they?  Encouraging us to explore outdoors and spend less time inside would result in less viewers overall.  The point of television is to get you to watch more television.  So, promoting the pursuit of natural activity is counterproductive to the industry.

The irony that zoo animals are facsimile of real animals while boasting that documentaries explore the truth of animal behavior can also be discussed here.  It’s true, in a zoo, where food is provided, and predators are separated from prey species, animals do behave a little different than in their natural environment.  But even researchers have seen that lions and other carnivores sleep up to 20 hours after indulging in a challenging catch.  So, why are we so upset when we see the large felines lounging around a zoo exhibit?  Maybe it’s because documentaries give us a false sense of animal behavior in their own way.  Not many people will pay attention to the fact that it took the researcher six months to gather enough footage to produce a 2 hour documentary.  That’s days and weeks of watching and observing the animals doing nothing important, probably lying around, conserving energy, or milling about with no purpose.

And make no mistake, even if a documentary is about a conservation effort, and even if it inspires you to empty your bank account to give to the sponsored charity, the underlying purpose of the documentary is to make money.  So the film is going to showcase all the exciting and passionate moments of wildlife.  Isn’t it a little hypocritical, then, to criticize zoos for making money, which they will donate to conservation organizations, field researchers, and update animal facilities, when documentaries do the same exact thing?

Documentaries on wildlife also causes a more passive disconnect.  As technology provides a direct disconnect, watching a one hour program on the entire life of a polar bear breaks the anticipations of nature’s creations.  How can we expect a child to appreciate watching a hummingbird’s fighter pilot exposition when they can watch video after video of a great predator chasing its prey.  Our insatiable need for immediate gratification is causing us to miss out on some of the most amazing things that nature can show, but these wonders require us to slow down to notice them, and develop patience to wait for them to happen.  To understand the skills a bird possesses to build a nest and raise a family, we need to have patience to watch the process unfold.

Now, coming to appreciate nature has its purpose.  As the dominant species on this planet (whether we “deserve” it or not), we have a responsibility to the planet.  We are the stewards for protecting and conserving all the resources, all the habitats, all the species.  For aesthetic reasons, for ethical reasons, for our health, for the overall health of the planet, for the protection of other species and ecosystems.  We have great power, and with that comes great responsibility.

We know how jobs go.  If you don’t love what you are doing, then you won’t do it well, and it you won’t do it for long.  Protecting the planet goes the same way.  We must develop a better appreciation for nature, wildlife, and the environment if we can expect to continue to be the stewards the earth needs us to be.  As Baba Dioum said “We will conserve only what we love” and if we don’t get to experience nature intimately, then we will never come to appreciate it, enjoy it, and love it. 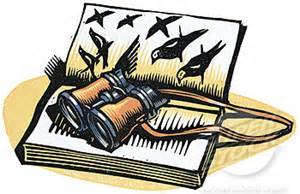 Where do zoos come into the mix? Well, not just zoos, but any facility or park that brings the public closer to wildlife has an important role to play.  They are great avenues to providing the spark that can ignite a passion for the outdoors by being a fun and entertaining outlet for learning.  Zoos are criticized for being just an entertainment venue. You know what I say to that statement? Damn right people come to a zoo, or aquarium to have fun!  So what?  Is it wrong to have fun?  Since when did having fun, learning, and motivating someone all become mutually exclusive?  Why can someone not have fun while they are learning? And look at the venue.  Zoos are all outside!  Away from the draining resources of televisions and social media.  People come to the zoo and end up having so much fun being outdoors!  They enjoy themselves looking at incredible animals that they would not normally get the chance to see.  These opportunities encourage children to continue to explore, discover more outlets for learning, and love the creatures with which we share this planet.

The exciting exhibits can bring the visitors. Animal rights activists criticize zoological facilities for having these “megafauna” as the means to make more money.  Again, I say to them- “SO WHAT?”  Maybe they came to the aquarium to feed the seals.  Maybe the chance to see and name the new baby lions got them to visit the zoo.  Maybe seeing the eagle’s nest is what brought them to the nature park.  Whatever it is that brought the visitors to the facility, those animals have played an important role in opening the doors for the public to explore new territories  that can awaken the curiosity and wonder.  You came to see the giraffe, but became enthralled with the golden lion tamarin.  The hope of seeing deer at the nature park was overtaken by the joy of watching a family of ducks.

The touch of a sea star may awaken a passion with the ocean.  Watching an eagle soar during a flight program can influence someone to become an avid birder.  Interact with goats in the contact area, and become involved with learning where our food comes from.  Feed a lorikeet and discover a love for the rainforests and other animals that inhabit those biomes.

These sparks happen everyday, at every zoo, aquarium, and nature center.  It happened to me.  I’ve seen it happen many times after feeding an elephant, swimming with a dolphin, and touching a penguin.

Zoological facilities are on the front lines in the war against nature deficiency disorder and the plight for protecting the earth by connecting people to the natural world.  It’s a role we have been charged with and we are taking the responsibility seriously.  We are making a difference.  Even more than watching a video.

Keep up the good fight! 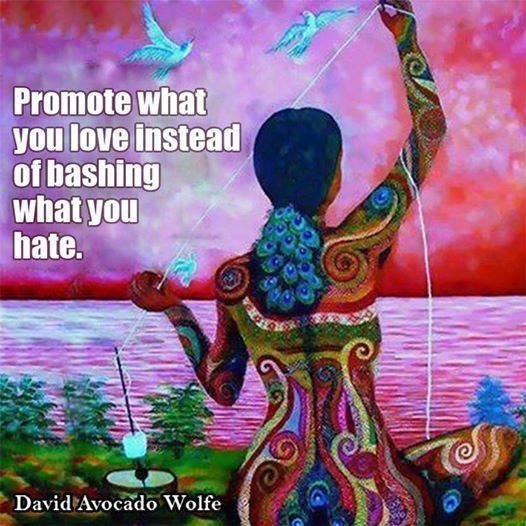