The day has come when we have been contacted by aliens.  At first, humans rejoiced, as it launched so many scientific endeavors and possibilities.  But before long, we became fearful of our extraterrestrial visitors.  They weren’t here to share their vast knowledge of the universe or even the solar system. They’re here out of greed.  Their ancestors that have visited earth in secret have developed a taste for something so repulsive, I can’t even name it.  But they are convinced that consuming this delicacy derived from humans gives them power, stamina, and knowledge.  Humans are hunted mercilessly.  There is nowhere to hide.  Many people abandon their “civilized” homes in cities and try to make it in the wild environments, but many don’t survive.  The technology and advanced intelligence of the aliens stack the odds of bettering and defeating them against us.  Within 30 years of the alien appearance, human population plummets from 7.4 billion to a mere 500 million.  Aliens begin creating breeding camps for humans, farms where humans are kept in confined spaces and are matched up for mating so they can retain easy access to their delicacy.  But those not in camps are still under constant threat.  Hunters, wild predators, disease, and starvation take its toll.

A small group of empathetic aliens have done their research and now know that consuming humans is morally wrong.  They see that their species, the aliens, are wiping out the human population, swiftly and unapologetically.  This small group comes up with money to create an earth replica and go to earth to collect several humans for a project they call “Humanizing Humans”.  Their hope is to show the rest of their alien race how wonderful humans are.  The humans are smart.  We are innovative.  We have feelings and consciousness.  We are NOT a delicacy.  We are not to be feared.  In fact, it is the hope of this small group that by showcasing humans in this way, they can create cooperation between species rather than conquering of humans.  If chosen, the groups of humans will live on luxury space crafts or on their home planet, in earth replica areas.  They will be given gourmet meals, nutritious and healthy.  They will have any medical need, no matter how trivial, taken care of.  They will be provided with exercise, entertainment, and other luxuries from earth- pets, fashion, art, books, etc.  They will be provided social groups, although, because these humans were chosen separately, they may not know each other well in the beginning.  If they decide to mate and raise a family, the children will depart when they are ready to another group to raise a family of their own.  Most of the pairing is decided by the aliens, but they consider as many factors as possible to ensure the pairing is amicable and in the best interest of the humans involved.  The aliens realize this is not a one-generation task, it may take several generations before they change the culture of their own species.  But their hope is when that day comes, they can return the humans that have spent their lives promoting the plight of their species to their home planet.  They want to ensure that earth will be safe for humans before they reintroduce them.

At the current rate, “wild” humans will be wiped out within 15-20 years.  Farmed humans may survive, but without much hope of ever being able to return to their natural ways.

Which life do you choose?

Animals have a very innate and overwhelming drive for survival.  The only thing that trumps their own survival is the survival of their offspring.  Considering that the purpose of life is to carry your genes onto the next generation, survival is a strong instinct.

While we cannot ask animals what they think of poachers, farms, hunting, or otherwise capturing, of the listed scenarios, I firmly believe they will always choose the scenario that allows them to continue living, or allows their offspring to continue living.  The motto “Better Off Dead Than Captive Bred” is something the animal rights people feel, not the animals.  The idea that animal rights radicals would rather a species go extinct, something I’ve heard from their side on more occasions than I can even believe, is utterly selfish on their part.  Extinction of a species creates ramifications for the ecosystem that we cannot begin to understand.  Preferring extinction of a species rather than that species having individuals in zoos or captive environments puts other species at risk, and doesn’t consider what the animal wants at all.  Anyone claiming an animal is better dead than in a zoo is not an animal rights activist.  They are simply anti-captivity.  An animal rights activist would understand the needs and drives of an animal and would understand that if given the opportunity to choose, the animal would nearly always choose life, possibility of life, or life of their offspring. Saying otherwise is just displaying your hatred to something you don’t like. 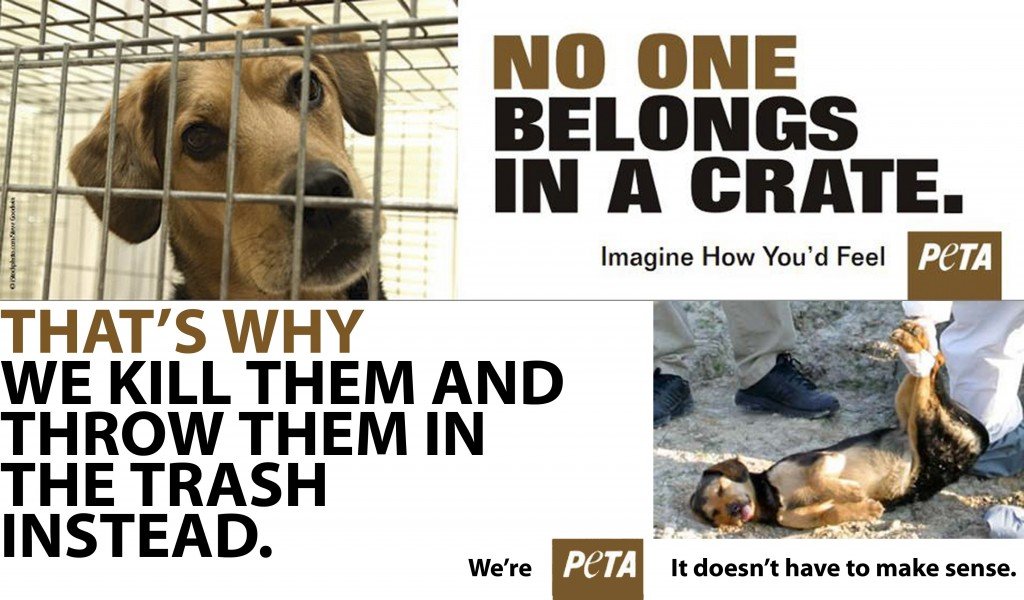 As zoos improve and update their facilities, and as our knowledge for what constitutes animal welfare increases, the lives of zoo animals improves and quality of life increases.  If given the choice myself, be culled, or poached, or starve, or enter life into a modern, state of the art zoo, I would choose life.  Especially if my life at the zoo could inspire others to care for the rest of my family or community.  I wouldn’t think twice about it.  But I like to think I’m a survivalist myself.

Which life would you choose?