I’ve come across a couple news articles that have ignited a debate amongst hunters, conservationists, and animal rights.  The articles in question all bring light to the issue of trophy hunters, particularly of endangered species in foreign countries, namely in Africa.

Hunters exclaim their deeds are for the good of the poor countries, where the meat of the animals they hunt end up in communities that struggle to feed themselves, and the money goes to conservation programs, or gaming department (ie- the government). 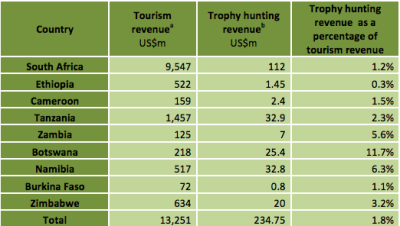 I can see the meat being used to feed a village or community that doesn’t have the means to provide enough for themselves, but is killing an endangered species necessary?  Does safari hunting for the rich and narcissistic have to be the way they provide sustenance? 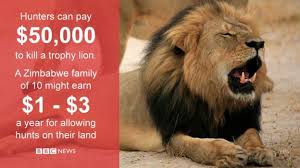 Here’s how safari hunting that provides to poor communities looks to me:  By charging an exuberant amount of money to kill a trophy animal, you are sending a clear and decisive message that these animals are more valuable dead than alive.  Since it is trophy hunting, and not hunting for sustenance, giving the meat to communities that struggle to fend for themselves does not teach them skills to fend for themselves, but teaches them to rely on rich egotistical megalomaniacs.  Which, last I checked was eerily similar to something Republicans are against, “free hand-outs” or welfare. 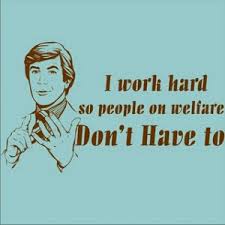 If hunting is at all necessary to help provide for poor countries, why not sponsor a “youth hunt” or “safari hunt for locals” to teach the poor communities how to hunt for themselves.  Then the whole event could be focused on sustainability, endangered species to avoid, methods of predators (weeding out weak, sick, old, or injured in a herd, taking only what is needed for survival, and helping provide healthy environments by instilling constant vigilance in prey species).  The super megalomaniacs could partake in the event, for a price, by helping teach participants how to responsibly use a hunting weapon and supervise or assist with the actual event.  Their funding could help pay for the village’s one and only rifle that they would use for hunting.  After the event, the village and participants all sign pledges to uphold the laws of conservation and sustainability.  They are taught that wildlife is worth more alive than dead, for by taking only what is absolutely necessary for survival, you are promising that there will be more for future generations.  The event could also offer alternatives to hunting classes, such as farming techniques, sustainable methods to protect crops from wildlife, photography (with funding going to provide cameras), and wildlife expeditions for tourists. 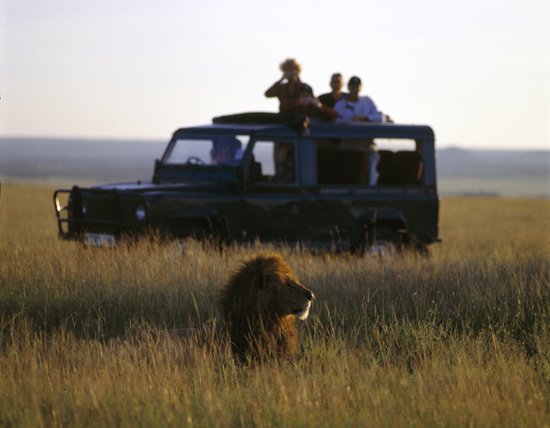 The most important thing for conservation efforts is to demonstrate how these endangered species are worth more alive than dead.  That is the biggest threat to ALL endangered species- humans destroying habitats because human progress/human living is worth more than animals’ lives; poaching and killing animals for their skins, horns, ivory, or other trinkets is definitely an example of human philosophy that animals are worth more dead than alive; human-wildlife conflicts show that people think animals are worth more dead than alive; the pet trade shows that animals have more value by removing them from their environment and are worth the risk if they die in transport.  If we can change the thought process and show these animals are worth more alive than dead, many of the challenges environmentalists and conservationists struggle against would be easier to resolve. 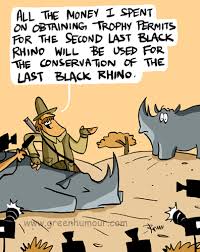 And this doesn’t even cover the horrid reality of canned hunting, where the animals are raised by humans, taken from their mother to be bottle fed and used as tourist photo opps, then placed in enclosures where they await a rich megalomaniac to purchase a hunting trip to shoot this animal.  But they don’t free the animal for the hunt, no, they are instead placed in an enclosed arena of sorts and the hunter has the true advantage- a gun and his prey cornered with nowhere to hide. 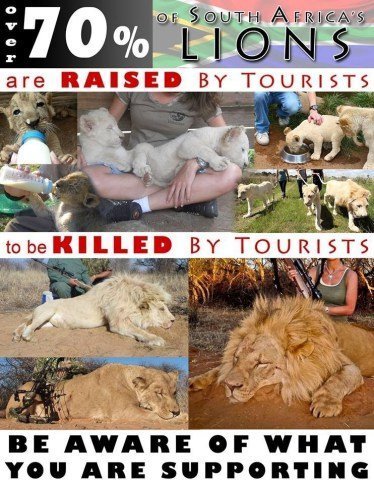 Trophy hunting and canned hunting don’t help send the message that these animals are worth saving.  I’ve heard all sorts of arguments before: “Oh, the rhino that was auctioned off for a safari hunt was old”.  “It was a problem elephant that had been raiding farmers’ crops”.  Doesn’t matter.  There are better, more sustainable, more ethical, and more progressive solutions to these issues.  I understand that hunting is different from fishing in that you can’t do a catch and release like you can with fish.  But you can change your ammo.  If you are trying to prove what a terrific marksman you are, or how great a tracker you are, then perhaps you could use a paintball gun.  Or, really make the safari not just about the hunter, but about conservation efforts.  Have a research team auction off the right to shoot a tranquilizer dart at an animal so the researchers can place a tracker, perform a physical, or even a surgery/medical procedure.

And the hunter could still have their photo of them posed beside their catch.  And photo safaris should become the next big hunting sport.  Tracking and setting up for the perfect shot can take days and lots of patience.  All these are great alternatives to hunting and killing an endangered species that doesn’t support true conservation efforts.

By selling off the right to kill an animal on a safari hunt for trophy hunters, it is setting a dangerous precedent to the world.  If you are rich enough, conservation efforts don’t matter.  You can kill anything you like, pose next to it, marvel in your own righteous power, and it’s okay.

This message is not okay.  We should be the example for the rest of the world.  If we find alternatives that end the demand for hunting animals, and thus create an attitude where they are worth more alive than dead, we will be the change that we want to see in the world.

That’s it, I’m stepping off my soap box now.

By the way, if anyone wants to help fund and support my ideas to come into fruition, by all means, be my guest!  I would love for my ideas to become true conservation programs!  Send that shit to conservation organizations.  Get WIldlife Without Borders to help out.  US Fish and Wildlife provide a similar program for youth to manage bird populations and promote sustainable hunting practices at National Wildlife Refuges.  If it can work here, it might work there, too.