My favorite musician is a Scottish-Irish Canadian who sings ballads and poetry with the most ethereal voice I’ve ever heard.  I don’t use that word often, “ethereal”.  In fact, I think the only time I’ve ever used that word is to describe my favorite music artist.  Last night we had our third chance to see her in concert, and we got to spend another magical evening with Loreena McKennitt.

I’ve loved Loreena McKennitt since, oh gosh, 1996? 1997?  I heard her music playing in a store I frequented, Natural Wonders, and was instantly hooked.  At the time I was very enthralled with the Legend of King Arthur and Celtic folklore.  Loreena’s music helped give me a soundtrack to my passion. 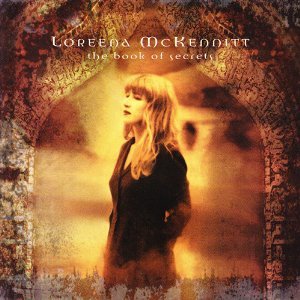 I even had the opportunity to meet Loreena a few years ago, at the zoo.  She was playing the zoo’s summer music concert and I BEGGED the Zoo Tunes coordinator to bring her around to meet the elephants.  It was one of the happiest days of my life. 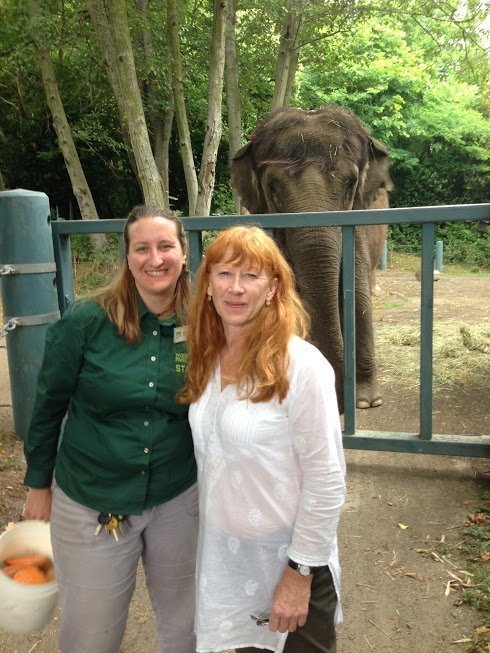 I was intrigued that she had actually studied to become a veterinarian before discovering Celtic history and beginning her quest to learn more about humans through her studies of Celtic anthropology, as it were.  I’m sure she would have been a terrific veterinarian, but I’m very glad of the path she has chosen.

The concert we just attended, though, was a bit different.  The audience got the chance to learn more about Loreena through some of her stories she shared between songs, and learned some of the lore and history about our favorites.  I know the words to all her songs, but honestly, I never thought about them on a deeper level.  Her song “Bonny Portmore” is based on an old poem that details the destruction of the beautiful forests of Ireland from logging for the booming boat/ship industry in the 18th century.

O bonny Portmore, you shine where you stand
And the more I think on you the more I think long
If I had you now as I had once before
All the lords in Old England would not purchase Portmore.

O bonny Portmore, I am sorry to see
Such a woeful destruction of your ornament tree
For it stood on your shore for many’s the long day
Till the long boats from Antrim came to float it away.

All the birds in the forest they bitterly weep
Saying, “Where shall we shelter or where shall we sleep?”
For the Oak and the Ash, they are all cutten down
And the walls of bonny Portmore are all down to the ground.

The sentiment that the forest is more than just a commodity is echoed all the way back to the 1700s, where the author asks where will the birds sleep?  And the lament of sadness over the loss of such magnificence.  I was struck by the relevance of the song, and was again inspired to move forward with my Forest Fairy Locks, and include the song with the page.

Another story that deeply intrigued me was Loreena’s “Stolen Child Project”.  I could never describe the importance of her project as eloquently as she did during her performance, but I was again instantly struck with the significance of what she was detailing as a “change in attachment” from family and connections with humans to connection to technology and electronic.  It sounds exactly like Richard Louv’s description of “nature deficit disorder” in “Last Child in the Woods”.  And her interpretation of WB Yeats’ early poem, “The Stolen Child” became so much more than just a beautiful ballad to me.

I never realized just how much Loreena’s music became my soundtrack to connecting with nature.  Each one of her songs has a natural element to it and speaks to me on a deeper and passionate level.  I love how nearly all her concerts are closed with my favorite song, the song that turned me into a Loreena McKennitt fan for life, “Dante’s Prayer”.  The song, as sung live by the artist, always brings tears to my eyes.  It is sad, and beautiful.  It is what I would want played at my funeral.

The lyrics are astonishingly poignant:

Though we share this humble path, alone
How fragile is the heart
Oh give these clay feet wings to fly
To touch the face of the stars

Breathe life into this feeble heart
Lift this mortal veil of fear
Take these crumbled hopes, etched with tears
We’ll rise above these earthly cares