Tomorrow I am starting a full practice session of my new program I’m rolling out next year, the Conservation Fitness Jump Start/Head Start. 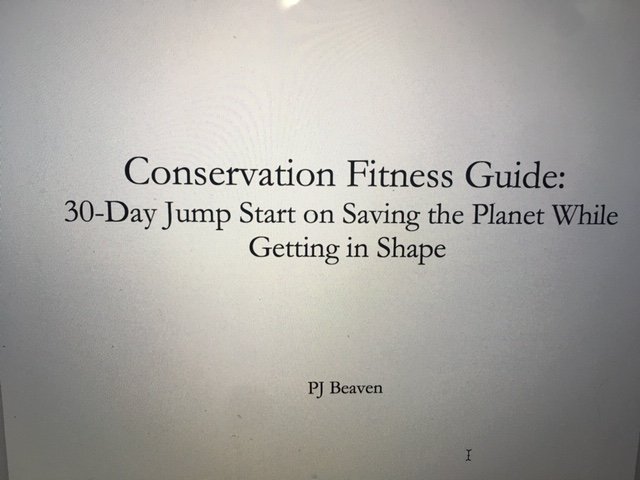 I’ll be honest, I REALLY want to call it the Head Start program, even though it seems confusing to many readers. The Head Start program which I was introduced to the term was from my zookeeper days. At SeaWorld, they had (or still have, I’m not entirely sure) a program where they took Kemps Ridley sea turtle hatchlings from the beach as soon as they emerge and hand-raise them for their first year. When they are about one year old, and a healthy weight, these endangered marine animals are returned to the sea, by way of the beach where they hatched. This program gives Kemps Ridleys, the most endangered of the seven species, a literal head start on life.

The second Head Start program I personally was involved in was the Oregon Spotted Frog Head Start. Similarly to the Kemps Ridley, tadpoles of the critically endangered amphibian are collected and taken to Head Start centers, like zoos to be raised in a controlled, safe environment until they are big enough to fend for themselves. It’s a scary new world for Oregon Spotted frogs. What used to be their domain has been taken over by bullfrogs, a species native to the southeast, not the Pacific Northwest. Being placed outside their natural habitat, bullfrogs don’t have many predators and have become an invasive species. They outcompete for territory, reproduce at an astronomical rate (they lay close to 10,000 eggs), and oh yeah, EAT Oregon spotted frogs.

So the little underdogs need help, and that’s one of the secret jobs zoos do best. Behind the scenes at zoos are countless conservation projects taking place to save species from becoming extinct.

At Woodland Park Zoo, I helped raise those adorable tadpoles until they were young frogs, large enough to hold their own against the bully bullfrogs. Then we released them in a protected area, and started the whole process again in a few months after the breeding season.

So, I really want to call this program a Head Start. Because I feel this is what the program does, it gives you the necessary tools and helps guide you through the first month of beginning your Conservation Fitness journey. But when I say head Start to ANYONE else who was not a zookeeper, what do they immediately think? The children’s program, which to be honest, isn’t too far off the mark from endangered animal head starts. But it doesn’t help my branding of ZooFit NOT being a kid’s program.

So I am still bouncing between Head Start and Jump Start.

But I start it tomorrow, which means today is Day 0! Preparation day! I actually did a little preparation throughout this past week, but I’ll talk about it today. 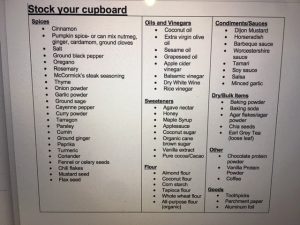 I did some grocery shopping to make sure I will have plenty of the stocked items I will need for the next month. I cleaned up our cupboard to make sure there are no foods which will be around to tempt me away from sticking to my meal plan. I feel good about the meal plan though. This week is the easiest and simplest week to implement, I think. It’s vegetarian week, which may sound scary to some omnivores and carnivores out there, but it’s only for a week. The only problem I really have is for those who have dietary restrictions which prevent them from eating certain vegetarian foods- such as soy, or cheese.

So, I am all stocked up. I have my groceries for the week. And I even prepped the lunches for the first couple of days, and made tomorrow’s breakfast ahead of time. This aspect of meal prepping is actually next week’s lesson, but I can still practice some of it now.

I will be posting daily for the next 28 days about my challenge. I’ll be sharing recipes, workouts, conservation fitness tips, eating green tips, and some insights on how I am feeling throughout the coming weeks.

So here’s the low-down on my preparations for Conservation Fitness:

Initial grocery shopping- unknown because our home is already regularly stocked with the items I use daily.

Week 1 groceries- $170 This is not a bad number in my opinion, but I recognize this number may scare the living hell out of people new to the program. I regularly spend $200-$250 on groceries every week. A long time ago Chris and I came to a decision that we would willingly and happily pay for more expensive, quality foods and prevent the unnecessary costs of medical bills and medication as a result of an unhealthy diet. So the fact I ONLY spent $170 on week 1 is a good thing, I think. Considering I am not promoting all package-less, local, and homemade ingredients at this point in the program, most people probably won’t spend $170 on their first week either. They will likely get cheaper oats than the organic, locally produced oats, or the cheaper eggs versus the free-range locally farmed eggs. But I am trying to get as accurate of a total as possible, and I think this is it.

Alright, here we go, Conservation Fitness Guide is ready to rock and roll. Wish me luck!