Let’s tackle one thing at a time.

In operant conditioning, a responding consequence follows our action and behavior. This response either increases or decreases the likelihood of that behavior occurring again when presented with the same cue, or antecedent (remember the ABC’s?). If we like the consequence, then we are more likely to repeat the action. This is called reinforcement. If we don’t like the consequence, it’s something we find aversive, we will try hard to avoid repeating the action. Behaviorists refer to this response as punishment.

But, scientists in the field of psychology and behavior can’t make it THAT simple. No, no, no. Within punishment and reinforcement, there are two ways to distribute the response- negative or positive. I’ve said it before, and I’ll say it again- the wording “positive” and “negative” don’t refer to “good” or “bad”. It simply refers to whether something is added to the environment, which is positive, or something is removed from the environment, which is negative.

Positive Punishment- Something aversive is given to the learner or added to the environment which decreases the likelihood of specific, targeted behavior. Smacking a dog on the nose for jumping up on a visiting family member to stop them from jumping up. There are definitely better ways to keep your dog from jumping up, as we will discuss much later.

Negative Punishment- Something desirable is taken away from the learner or the environment in order to decrease specific behavior. Taking away phone privileges to stop teenager from sneaking out (this rarely works the way you want it to, by the way, which we discuss in my next post- The Vicious Cycle of Punishment).

Positive Reinforcement- Something desirable added to environment or given to the learner to increase likelihood of specific behavior. A friend always says nice things about your outfit, your hair, or comments on great things going on in your life. This makes you want to hang out with your friend more often, so you can continue to hear nice things.

Our lives are completely full of scenarios where we are punished and reinforced, however minor they may seem. Receiving a paycheck reinforces our behavior of going to work. Getting a raise due to a good work ethic also reinforces our work ethic. If we drive drunk, we may lose our license (or lose our freedom by going to jail), a negative punisher to deter a very dangerous behavior of getting behind the wheel when we’ve had too much to drink.

With our lives inundated with consequences for every action we take, how do these responses affect our fitness? Our current culture leans very heavily on negative reinforcement and punishment. This means we focus on what NOT to do, deterring bad habits, and avoiding aversive stimuli. It does not foster a culture where we learn what TO do, what habits to implement, and how to seek happiness and pleasure.

Punishment definitely has its place. A hot stove teaches us caution while cooking. A sharp and sudden yell may save our children from sticking their fingers in sockets, or putting certain objects in their mouth. Even in a program focusing on positive reinforcement, punishment has a role to play. Because without the stuff we don’t like, how do we know what is truly pleasurable? 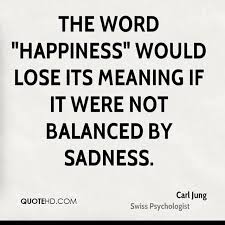 But, even though punishment has a place, in animal training, there is only one supreme and reigning response to behavior. Instead of focusing on what NOT to do, animal trainers turn their attention to positive reinforcement and all its benefits. In my opinion, the same is true for fitness as well.

The short answer to why focus on positive reinforcement is because we want to learn healthy habits. Reinforcement allows us improve our behavior by giving us what we want, and motivates us to continue. But it is so much more than that.

The next few posts will discuss exactly why.