I just came back from an amazing weekend. After stepping back from the fandom for ten years, I attended my first Harry Potter event held in Washington. The weekend provided me friends (who I haven’t seen in ten years), nostalgia, and everything Harry Potter.

This event was a little different than others I used to attend back in the day. There were more celebrities than I ever experienced. Most of the cons I attended in the past were so fan based, the big stars of the events were the fans themselves. Podcast stars, authors (I mean, not JK Rowling, but others), and the holy grail of stars in the fandom, the Wizard Rockers.

Okay, so now I have to explain what Wizard Rock is. You may have heard of filk music. Usually it’s a parody song about pop culture. Wizard Rock took filk music to a WHOLE other level. For one thing, it was all music about Harry Potter. For another, it was way more inclusive and accepting of any level of musician or artist. The first group to really form and start playing Wizard Rock was Harry and the Potters, two brothers (the younger who looked vaguely like the star of the series) who sang about the series from Harry’s point of view. 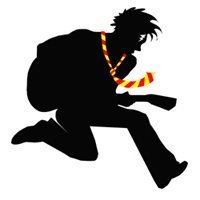 They were eventually followed by Draco and the Malfoys, and it’s about this time I entered the fandom scene. Sure Harry and the Potters were fun and punk rock, but Draco and the Malfoys were literally the bad boys of Wizard Rock. They played songs like “My Dad is Rich and Your Dad is Dead”, lamented about how they miss kicking Dobby in the face, and make fun of Weasleys for being poor. I mean, what Slytherin girl in her right mind WOULDN’T love them?

After DatM entered the scene, Wizard Rock exploded. Within a few months, there were 200 bands. A year later, there were over 400 Wizard Rock bands playing at libraries across the country. I loved them all. The Whomping Willows, The Moaning Myrtles, the House of Black, Witherwings. 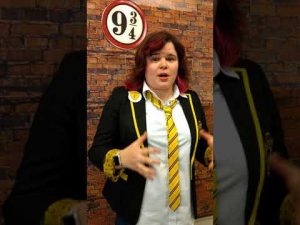 What blew my mind was Wizard Rock was a fandom within a fandom. The adventures I experienced during the time I was involved in the fandom were some of the best in my life. I could be myself, and I was loved by everyone I met. My favorite experience was organizing a Harry Potter fan cruise for Halloween in 2008. Oh, the memories!

When we moved to Washington, my excitement slowly sizzled. Not because the movies ended. But events didn’t come out to the Pacific Northwest. There weren’t many shows or concerts, or conventions where the fandom ruled. It was nothing like a comic con. It was hard to describe.

Eventually, I got involved in AAZK (American Association of Zookeepers) and conservation, and then writing. It wasn’t that I completely forgot about Harry Potter (I mean, who could forget about Harry Potter?), it just fell to the wayside. I had other projects which took a lot of time, energy, and other resources. And then, TEN YEARS went by.

About a month ago, I saw a post about the Wonderful Weekend of Wizardry coming to Tacoma. They promised lots of activities, for all ages. And then I saw they were also going to have Wizard Rock. When I heard from another friend that she wanted to go, I decided to jump in.

The hubby decided to give me a weekend of nostalgia, and a weekend to himself. Basically packing my bag for me and pushing me out the door, I was somewhat nervous about attending the event. What if in ten years, I changed and I just didn’t have a good time? What if my old friends didn’t remember me?

My worries were unfounded. The first day, I ran into old friends, some I honestly hadn’t seen in over ten years, since Wrock the Boat. The immediate recognition and elation on their faces when they saw me brought tears to my eyes. Everything came flooding back. I was back in my original happy place element, and the rest of the weekend was epic beyond belief.

But the best part of the weekend was the inspiration I had. So, the new Wizarding World movies about Fantastic Beasts and Where to Find Them has not just awoken the Harry Potter fandom, it is introducing a whole new generation to the world which brought so much joy and love to me and so many others.

What I particularly like about the new films is the focus on magical animals. Newt Scamander is a magizoologist. And trust me, so am I. There were dozens of people dressed in FBaWtFT costumes. And the emphasis on favorite magical creatures was pretty popular among attendees.

Many cons try to hold some sort of academia during their event. Whether it’s a panel or a lecture, these talks can actually be a great draw for attendees, if done right. Not seeing any magical creature workshops or discussions, I thought if maybe next time (if there is a next time), I could put something together.

This led to what I would want to put together. Which led to my constant effort to showcase how magical creatures are present in the real world. I make comparisons all the time- demiguise are orangutans, dragons are different species of lizards. I firmly believe the Crumple-horned snorkack is a real animal, and we call it the scimitar horned oryx. The scimitar horned oryx was extinct in the wild until zoos worked together to breed the species. Recently, they were able to start releasing some of these bred in captivity animals back into Chad. It’s a beautiful conservation story, and I like to connect it back to the Harry Potter series. 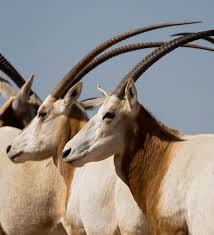 I thought about putting together a slide show of real animals who resemble the infamous Fantastic Beasts, and calling it a Magical Creature Safari. Maybe I still will, but my emphasis and passion has always been conservation. And I think I have a VERY good angle to teach hundreds of Harry Potter fans how to protect endangered species, and work to preserve the environment and the planet in general. There may even be an opportunity to write another book, and present the same material (in a different way) to zookeeper conferences.

I’m excited to start work on my Magical Creatures book. I’m thinking of creating a character for myself- a magizoologist who attended Ilvermorny (the American school for witchcraft and wizardry). I feel my work in no-mag/muggle zoos is due to my advanced degree in muggle studies and Care of Magical Creatures. Zoos and muggles are working to save species, not just magical creatures, but all of them, and I admire their efforts.

I want to teach conservation to Harry Potter fans not as though they are fans of the books and should care, but as though they are actually witches and wizards. Show how their actions of using Floo Network is like driving cars and has an affect on climate change. To urge them to use their broomsticks (bicycles) or apparate (walk) for a better impact. I can demonstrate how Wizards’ treats like Chocolate Frogs, Cauldron Cakes, and Fizzing Whizzbees can have a negative impact on the survival of demiguise (orangutans), as well as erumpets (rhinos). And I can use this information to urge everyone to go to the zoo and see these magical creatures in a new light.

I have years of experience caring for magical creatures of all shapes and sizes. From animals with origins in myth and lore, like manatees who were beleived to be mermaids, to creatures who showed me their magic within, like belugas and elephants.

I haven’t been this motivated and inspired to write since last year’s NaNoWriMo and I wrote most of my memoir stories about stupid questions. I feel this is another FANTASTIC way to connect people to nature and conservation in a fun and meaningful manner.

Fantastic Beasts and How to Save Them. Get ready, I’m working like a fiend.