I hadn’t been this proud since my days as an animal care specialist working with young dolphins and whales. It was a proud mama moment, even though I’ve never had children. The moment your pupils, animals or humans, finally get it. The moment the light bulb goes off and they do what you’ve been trying to teach them for so long. Without prompting, guiding, or leading them.

It’s been ten years since I trained dolphins. I still train, but now I’m a human motivator. I coach fitness classes for a CrossFit gym. But the principles haven’t changed, at least not for me. It’s funny how similar training dolphins is to teaching fitness. Dolphins can’t understand human voices, as they don’t hear the same frequency as humans speak, and when talking fitness to new people, you might as well be speaking another language.  No one seems to understand what you are saying.

At first, when I started teaching CrossFit, I found myself saying “no” a lot. This didn’t just frustrate me, it frustrated the hell out of my clients. “Don’t get on your toes when you squat.” “Stop leaning forward.” “No, not like that.”

Then it dawned on me. I would never communicate to dolphins, or any other animal I worked with, in such a manner. Trainers don’t tell animals what NOT to do. It’s too confusing for the animals. Instead, trainers focus on what they want the animal to do.

“Turn to the right.”

“Step onto this platform.”

“Weight in your heels.”

“Drive those knees out.”

“Keep your chest up.”

When I began switching my communication style, I noticed a tremendous switch in my entire class’s attitude. They were more motivated. They began picking up on new exercises quicker. Personal records improved faster. And the whole class seemed to enjoy being there with me.

I implemented other positive reinforcement training principles. While I couldn’t give candy or money as rewards, I could dish out as much praise as possible. If I didn’t see any way to improve a participant’s form in an exercise, I clapped and told them excellent. I praised them for working hard. I motivated them to keep going. If I saw a small way to change their performance, I gave them positive direction, and as soon as I saw change, I would reinforce them with affirmation. It worked, too.

When several trainers implemented a burpee penalty to members who arrived late to class, I refused. Oh, I still had late-comers do burpees, but it was never a punishment. It became a positive reinforcement mindset for me and my class. There’s a significant difference in motivation between “You’re late, do 20 burpees. Catch up with us for the workout”, and “Oh, glad you could make it. Sorry you missed the warm-up. We will be working on the weightlifting skill, so why don’t you do about 20 burpees to warm up and we might get you to practice a low weight on the skill.” 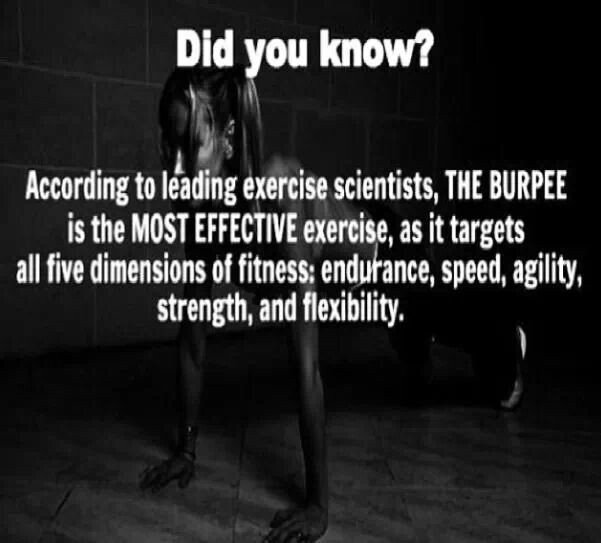 My class noticed my eyes narrowed and my mouth twitched whenever a prescribed workout had the words “penalty exercise” in them. Sometimes the penalty was a 400-meter run. Sometimes it was burpees. It didn’t matter. The exercise wasn’t what raised my hackles. It was that horrid word penalty.

Which is why when I walked in the class one morning and everyone was warming up, my eyes almost teared up in a proud mama moment. The workout prescribed was a long, strenuous barbell lifting workout. It was set that way so athletes would get tired and have to put the barbell down. But to push the elite, a penalty of ten burpees was placed every time you put the barbell down.

My class, having worked with me for over a year, knew how I felt about penalties. They also knew how much I despised burpees being always deemed the perfect punishment. Burpees were a fantastic exercise and should never be viewed as punishment. I’m not saying you have to love them, or think they’re easy, because trust me, they aren’t easy, and never will be. But appreciate them for what they do for you. Because of this, my class never rolled their eyes or groaned when burpees were programmed in a workout. Ever. 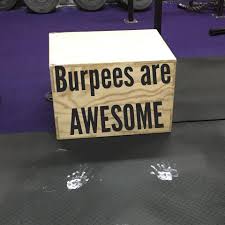 Without prompting, my class had erased the word penalty from the board and replaced it with bonus. Now, whenever an athlete needed to put the bar down, they weren’t being punished, they were doing bonus exercises. It didn’t change the workout. It still pushed everyone to keep the barbell up the entire workout. But the mentality changed. Just replacing one little word changed the entire attitude for the whole class.

Positive reinforcement training isn’t just about rewards or changing behavior. It’s about changing our mindset. Focusing on the positive. Giving information in a positive, reinforcing fashion. Being encouraging and motivating. These are attributes of a good animal trainer. They also happen to be great for getting in shape as well.

How can you shift your mindset to achieve your goals today?