Once in a while a book comes along in my life  and wraps me in a blanket of awesome revelations. Such it was with Big Magic by Elizabeth Gilbert. Big Magic was a serendipitous choice from the library to keep me occupied while my books on hold arrived. 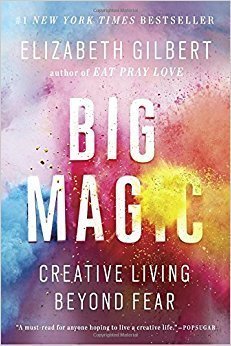 Elizabeth Gilbert also wrote the popular memoir Eat Pray Love. That book had been a favorite of mine for several years. Some people hated it because it became so mainstream, but the book spoke to me on a personal level. In fact, at the time I read it, I was going through some difficult times in my life and reading Eat Pray Love helped me not only escape into another person’s fascinating life, but what Gilbert wrote about was profound.

I decided while I waited for the book I really wanted to listen to (Ready Player One) to become available, why not dive into another one of Gilbert’s books. Big Magic was about living a creative life, so it might have another impact on my writing.

That, my friends, was a severe understatement. From the get-go, Gilbert grabbed a hold of me with not just her soothing voice (yes, she reads the book for the audio), but her wonderful words. She spoke of working alongside fear, despite fear, and because of fear. Creativity and fear are a collaborative paradox. “We are terrified and we are brave” she says. 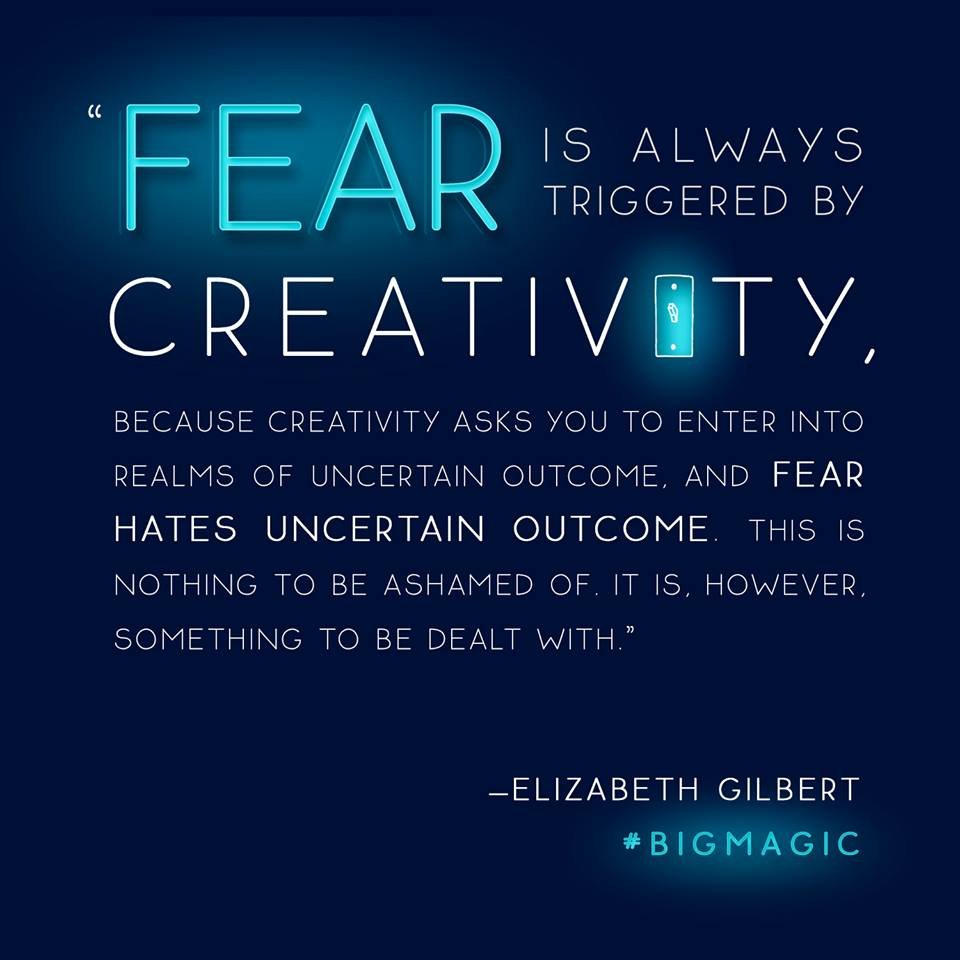 Gilbert believes creating something, whether it is writing a book, producing a painting, acting in a play, or sculpting, is a work of magic. Not metaphorical. She is referring to Harry Potter, wands out, mystical magic.

Has this ever happened to you? You have an idea for a story. You set to work on it, and even get very far with it, but something in life stalls your progress. You promise you’ll get back to the work once you are able to. Only, when you finally get back on track, you discover the story is gone. It’s no longer a part of you and you can’t get it right anymore. It’s gone.

This happened to Gilbert after dealing with the issues she wrote about in “Committed”. She had been writing a story about the Amazon and when she got back to it, it was absolutely gone from her. Years later, she was corresponding with another author, Ann Patchett, and through a series of letters, discovered Patchett was writing her story. Not a similar story, but the exact same story that got away from Gilbert. That, she explains, is Big Magic. The idea got away from Gilbert because she neglected it (although by understandable circumstances). So the idea took home with a writer who would nourish it to fruition.

The greatest idea I took away from Big Magic, though, was about giving yourself permission to do your art for you. This is huge for me. I’ve been writing The Zookeeper’s Guide to Fitness for two years now. For two years I’ve been toiling over how to write this book so people will like it and approve of it. It honestly never occurred to me to write this book for ME. To stop giving a damn what Joe Schmoe says and just write for the joy of writing. 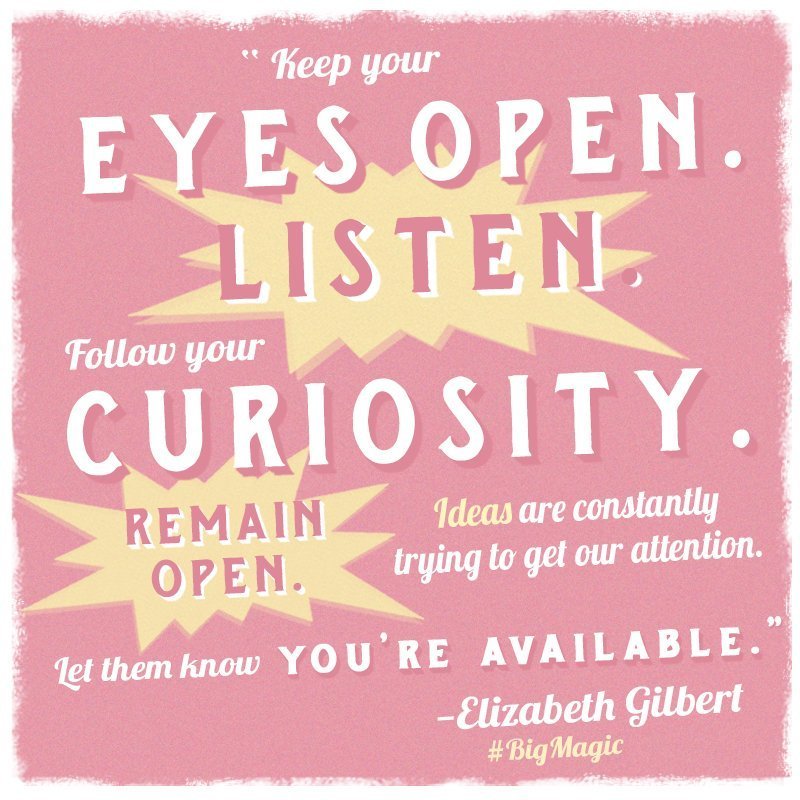 Inspiration works in mysterious ways. It won’t come if we force it. It doesn’t come at our beckoning call either. It enters us as we find happiness and serenity with our craft and our work. Gilbert admits she wrote Eat, Pray, Love for herself. If she had written it for others, it would have been an entirely different book and possibly not as well received.

I am taking a little break from The Zookeeper’s Guide, but not to neglect it. I’m working on a National Novel Writing Month (NaNoWriMo) project and I’m writing it for me. I’m doing this to see what it is like to just have pure, unadulterated fun writing a story. Then I’m going to take that practice of writing what I enjoy and apply it to The Zookeeper’s Guide. Because if I can’t enjoy the book I’m writing, how can anyone enjoy reading it?

The pieces I wrote about here are only in the first half of Big Magic. I could go on and on about how her words touched me and inspired me. How they moved me and stunned me. But you should go check the book out yourself and see what creative life you can live beyond the fear.