Normally, animal trainers don’t seem like the rocket scientist types. We are your average joe playing with animals and getting them to do amazing things. We seem cool working with animals, but not scientists…until you start talking principles of animal training with us. Then we get our geek-on, and it’s eyes glaze-over time.

Or maybe that’s just me.

Despite what you may think of animal trainers, their profession is a science. Not in a figurative sense, I mean literally. Behavior science is one of the most important subjects animal care professionals can study. Everything they do to take care of the animals is based on operant conditioning and shaping behavior. From husbandry care (getting weights, voluntary blood samples, and vet visits) to enrichment (encouraging natural behaviors and keeping the animals mentally and physically active) to shows and education programs, behavior science is crucial. And this goes across all species, from dolphins and elephants to birds and primates.

The super cool thing about behavior science is that the principles don’t just apply to zoo animals. We can use these methods in our own lives, with our pets, with our children, and even with ourselves.

In order to utilize these principles, we must first understand them a little better. Easier said than done. A lot of science feels complicated, filled with jargon a regular person doesn’t understand, complex theories, and super smart people talking down to those who aren’t “in the know.” Which is how I know behavior science is a real science, because this happens a lot when people try to study operant conditioning and positive psychology. So, I’m going to try to break it down for you.

Operant conditioning leans into the idea that all day every day we experience opportunities to learn through these two types of consequences that dictate whether or not we continue our behaviors, habits, and activities. If you feel there is a combination of both punishment and reinforcement, then the stronger consequence determines your future behavior. For instance, you may loathe how your supervisor treats you at work(punishment), but love your paycheck (reinforcement). Whether or not you stay at your job is dependent on which of those two consequences is the strongest. 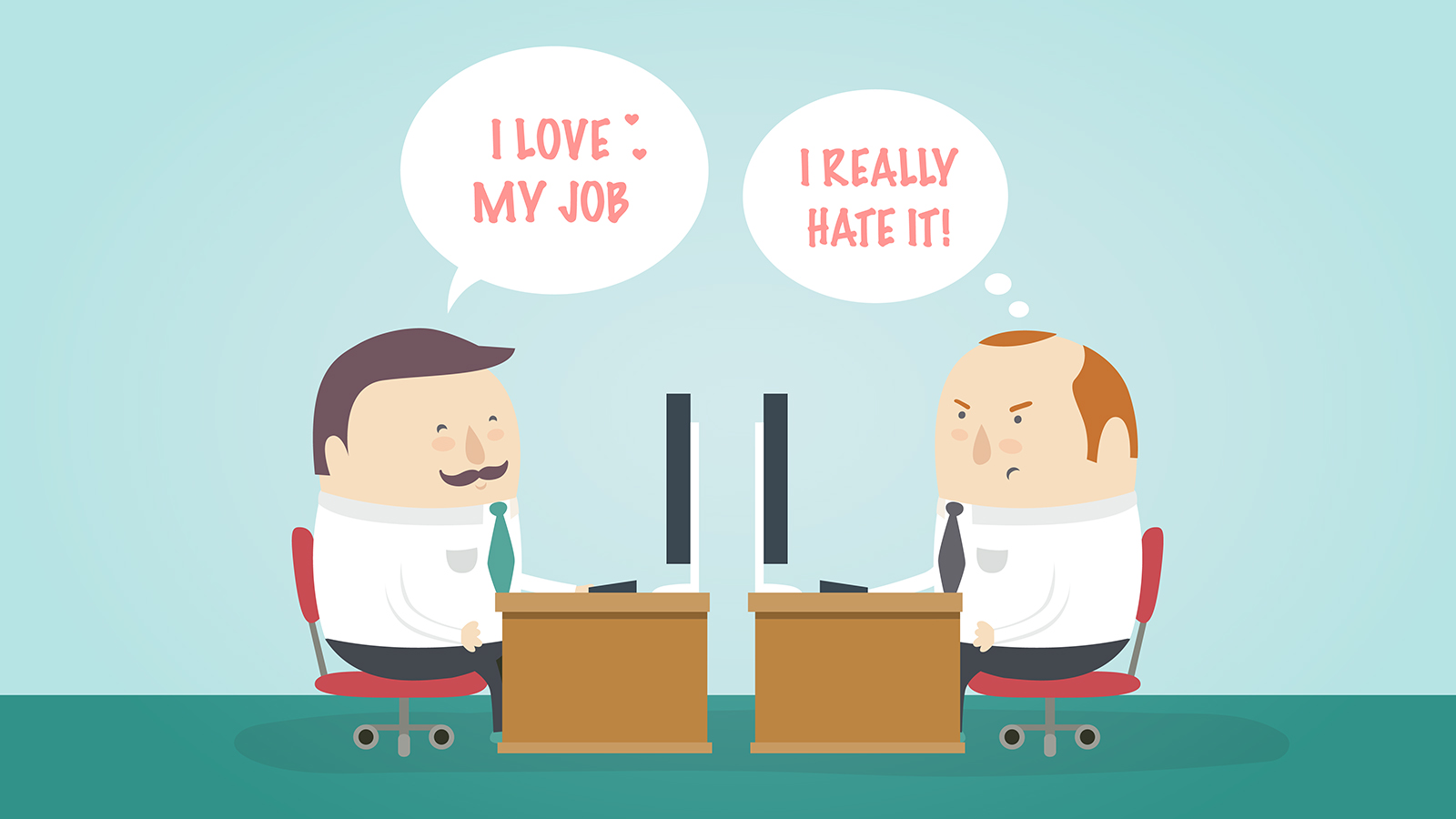 So, how does this apply to our own lives and fitness? Well, most of us (including me for years and years before ZooFit), we have a true love-hate, or reinforcement-punishment relationship with fitness– exercising and eating right. Many of us hate doing it– running hurts our knees, or salads taste horrible, or waking up early is impossibly hard, or resisting cupcakes in the break-room doesn’t feel as good as those cupcakes taste. These are all punishments that actually discourage us from continuing our efforts to get healthy. The reinforcements are often much weaker, or definitely not as immediate as the punishments. Feeling better is a powerful motivator, but when we start out with a new healthy habit, it most often does not feel better. The punishment is stronger than reinforcement…and we learn to avoid, stop, or lessen our physical activity, healthy eating habits, and taking care of ourselves.

No Bad or Good

Keep in mind, with operant conditioning, there is no bad or good behaviors, nor is there a “bad” or “good” consequence. The words “consequence” and “punishment” get a negative reputation because of the culture and constant use of these as negatives, or something to avoid. Consequence is a very neutral term. It refers to either reinforcement or punishment.

Punishment is in itself not a bad consequence. It serves an important purpose. It helps stop behaviors, sometimes immediately. If you see your small child reaching for a hot stove, there is absolutely nothing wrong with a quick punishment response of you yelling, clapping, or scolding your child. It may save your child from physical harm. The punishment stops the dangerous behavior of reaching for the stove. However, punishment does not teach the child what they can or should do. It only tells the learner what not to do. So, if the stove continues to entice your child, and you haven’t given a clear indication of what you want them to do instead, they can become desensitized to your scolding. Or reach for other dangerous items in the kitchen such as the knife, or the blender, or the coffee.

Instead, we can teach the child what behaviors are appropriate in the kitchen by reinforcing safe actions. Let them know that sitting at the table, or better yet, helping to set the table will earn a reward. Then, the lesson learned from punishment isn’t lost in confusion of what we want from them. The message of “this is what I’d like you to do” is much clearer than “don’t do this.”

When we implement punishment in our lives, we are teaching ourselves what not to do. We aren’t focused on what we should or can do to improve our health. Reinforcement shines in this area, because that’s precisely what its purpose in life is– to encourage and increase likelihood of certain behavior occurring. It motivates us and empowers us. What science shows us about reinforcement isn’t just what it does for our specific habit or behavior we want to improve, it’s how it can make our entire lives better.

Our brains are wired to seek out that which makes us feel good. Because of that, it avoids punishment because it doesn’t feel good, but it gets weirdly specific about the behavior surrounding punishment. This is why if you ever experienced food poisoning, you are likely not to eat at THAT specific restaurant ever again (big punishment!), but you are likely to eat that type of food again. However, the reverse is true with reinforcement. It generalizes and assumes if this specific action makes you feel good, a similar activity or behavior will likely also bring the same feeling. We learn to not just do the healthy habit, but we learn to exceed at our actions.

I experienced this with the animals I trained in my career as a zookeeper. I taught one of the elephants I cared for to perform a funny noise that sounded, to me, like a Cave Troll from my favorite movie Lord of the Rings. It wasn’t as deafening or as frightening as the fearsome creature in the movie, in fact it was just adorable. Chai (the elephant) would scrunch up her face and lightly roar. But as I started reinforcing her specifically for giving that particular noise, an interesting thing began to happen. Chai would give me the “correct” noise when I asked for “Cave Troll”, but after I gave her some treats, she would solicit all kinds of other noises– a trumpet sound, a “raspberry” sound, even a sort of giggling noise. She was generalizing, as if to say to me, her trainer, “Look what else I can do!”

We are actually no different from Chai trying to show off all her other sounds she could make. If we reinforce our efforts appropriately, our brains will seek out other ways to receive that reinforcement. “Just going to the gym earns me a celebration? What would happen if I do my exercises? And what happens if I push myself just a little more (without overdoing it)? What else can I do?”

So, which would you rather have teaching you a new habit? Something that tells you that you’re wrong? Or one that pushes you in a fun and delightful way to reach for the stars, and keep going?

Man, I have to admit, this post did not go where I originally thought it would go. That’s because I spent the whole time geeking out on just the basics of punishment and reinforcement. Hopefully, you can see the difference, and can see how it affects our lives a little more.

Obviously, there is a LOT more to operant conditioning, and implementing reinforcement into our daily lives, which I’ll continue on next time. But here’s the start. How can you implement reinforcement more to help you rock your goals, and motivate yourself to keep moving forward?