I’ve been wanting to try this animal scavenger hunt for a workout ever since I attempted to do it with the kids I worked with at the Day Camp.  It wasn’t as successful with the children as I had hoped (until I added water balloons as an incentive), but I thought it might be fun in a group workout.

There are a dozen ways this workout could be run.  Today, I decided to write up “clues” about different animals on our whiteboard, then place the corresponding animal cards throughout the park. 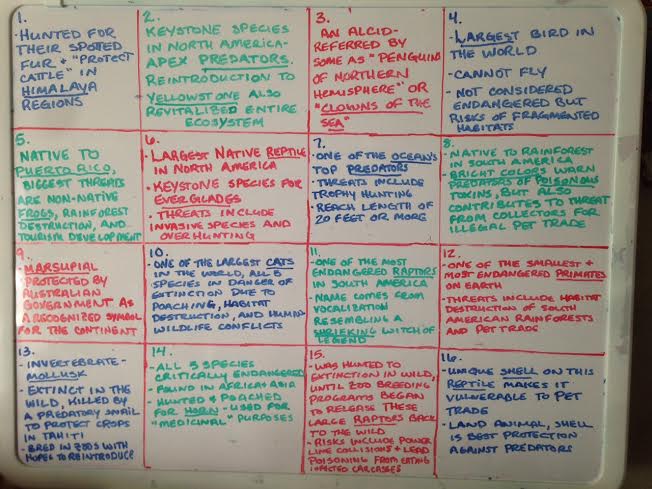 Chris and I took turns drawing numbers out of a container and Chris needed to figure out which animal the clue was referring to, then we both ran out into the park to find the card.  When we came back with the right card, we would do the exercise paired with the card for 1 minute. 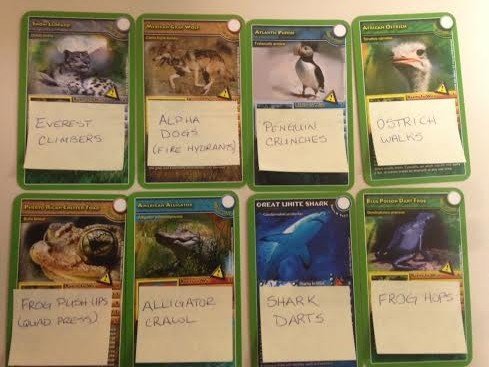 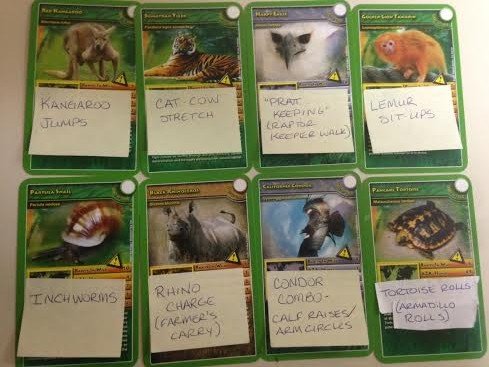 In the end, Chris learned something about the animals, I got threatened with an “Artists Workout”, and we had a bit of fun with a 40 minute workout.  We did a quick “Ring of Fire” finisher (5 minutes of taking turns for choosing 30 seconds of exercise).

BTW, I got the animal cards from an Association of Zoos and Aquariums card game that was discontinued, I guess, as I received them for free at a clearance event from the zoo store a while ago.  If you would like a deck, I have 2 or 3 left, so it would be first come, first serve, but let me know and I’ll send you one.