“We run. We’re slower than a herd of sloths stampeding through a batch of nutella. But we run.” 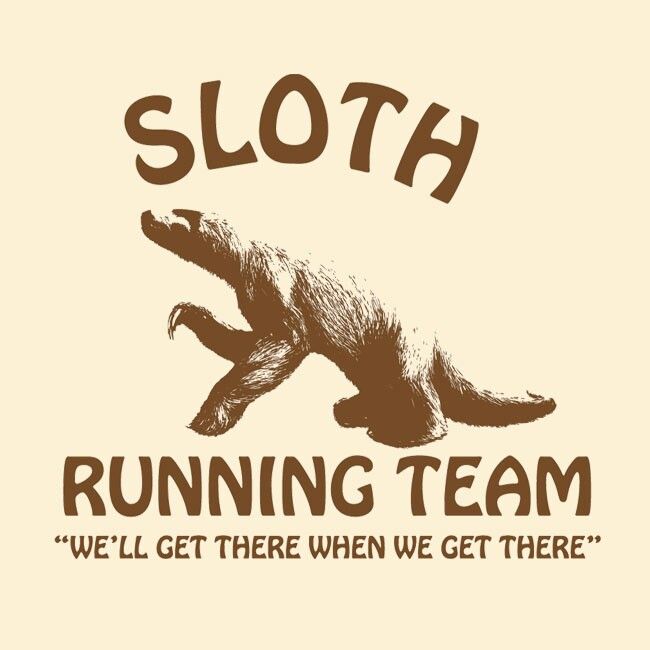 Today was pretty epic.  And I have to say it was because I was peer pressured into getting up earlier than I normally do and go out for a “run” with my old Sloth Army.

Last year, for summer, to get my lazy ass out and DO SOMETHING, I created the Sloth Army. We met twice a week, and did a sloth interpretation of running around South Whidbey. On Thursdays, I would create some workout incorporating the easily accessible cardiovascular workout, such as the “Running the Zoo” Hero WOD, or modify a CrossFit Hero WOD, or play Bingo, Deck of Cards, and Fate of the Die. On Sundays, we explored trails around Whidbey- Greenbank Farm, Whidbey Institute, Putney Woods.

When summer ended, we didn’t want Sloth Army to stop. Unfortunately, most of my Sloths were moms who said they needed to get their kids ready for school in the morning, so they couldn’t continue. Three of us were left, Paula, Krista, and myself. We continued to meet up and just take it easy along the trails.

As winter approached, Paula headed south to Arizona. Krista got a new puppy, Ani, who desperately needed lots of run time. The two of us would slowly trudge through Putney Woods while Ani bounded free and athletically through the forest brush.

Eventually, though, the runs dissipated.  Winter brought large amounts of rain and the trails became quite muddy. Some turned to lakes rather than trails. The cold dark mornings also invited me to sleep in more. I argued that I was super busy with a CrossFit fitness challenge I was coaching, finishing books I want to publish this summer, and commitments with Toastmasters, North Sound Writers, and ZooFit.

But I didn’t forget my Sloth Army. In fact, my landlord gave me a Sloth Running Team sweatshirt which I adore and wear all the time.

Then yesterday, I received a message from Paula to me and Krista. She was back in town, and wanted to know if we would like to meet up for a Sloth Run.

I took her up on her offer. The three of us met at Trustlands Trails, where Krista said she brings Ani almost every day. While Ani bounded through the forest, tongue hanging out and flying past us periodically, the three of us caught up. We took it really slow because I’m not the only one with knee issues. 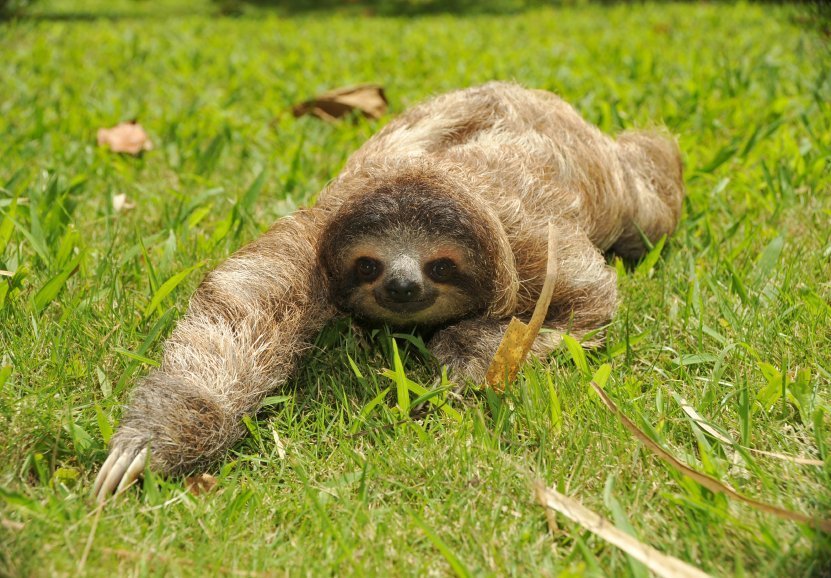 It was so nice to start the day being with friends and being outside. Trustlands was a nice trail, and the company was fantastic.

The mood carried over to my workout with Chris later in the day. The workout we chose was a nature trail run. Whenever we hit a bench, sign, or intersection, we rolled the die to determine what kind of exercise we would do. It was a lot of fun, but I loved knowing that Sloth Army has returned to Whidbey. Toddlers may pass me up while I gasp for air, but I am running.