I don’t read this book every year, but I think I should. I always discover another nugget of information which is useful and beneficial to my narrative with ZooFit. I re-read it this year not just because I need to finalize my manuscript for What Animals Taught Me About Health and Fitness (or whatever I’m calling it these days), but we chose it for a book club for my writing group. (I wanted to see what my peers thought of a self-help book with a focus on animal training, which is the basis of my book. No one showed up except me and my friend, Miranda, and she didn’t even finish the book. Not sure how that bodes for my own book)

I read a few pages, and instantly thoughts began to rampage my brain. I wrote about my initial reminders, the difference between reinforcement and reward, but it went further than that.  I discovered two legitimate exceptions to my rules about positive reinforcement. 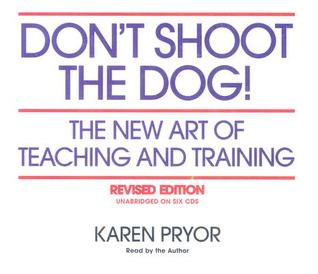 To be clear, I am an adamant supporter of using positive reinforcement, and ONLY positive reinforcement, in our daily lives, and especially in our fitness program. Why? Because too many of us view fitness as chore, a punishment, or something to avoid and put off. This mentality needs to stop. We need to stop punishing ourselves to workout, and we need to see the benefits of a positively focused mentality.

For those who haven’t paid attention to the other forty thousand blog posts I have about positive reinforcement, here’s the low down. Operant conditioning is the shaping of behavior where our actions reap certain consequences. Those consequences either increase the likelihood of the behavior occurring again (reinforcement), or decrease the likelihood of the behavior occurring (punishment). There are two types of each consequence, positive and negative. One shouldn’t think of positive or negative as “good” or “bad”, but the same as opposite ends of a magnet. Positive consequences are those where something is added to the environment, or given to the student. Positive punishment is something we give- yelling, a slap on the wrist, a citation. Positive reinforcement is also something we give- a paycheck, a pat on the back, verbal praise, etc.

Negative consequences are those where something is taken away. So, negative punishment would consist of taking away fun things- your phone, computer, or game, or taking away attention. A time out is the perfect example of a negative punishment. So long as the behavior which is being punished is seen to decrease in intensity or duration.  Negative reinforcement entails taking away something annoying- hitting the snooze button, putting on your seatbelt to eliminate annoying dinging noise, or meeting your goal to avoid a hefty fine.

There isn’t anything inherently bad or good about any of the consequences. But animal trainers will tell anyone that they prefer positive reinforcement over any other consequence for its benefits, effectiveness, and motivation. And I do, too. I think punishment has no place in our fitness. If you are late for class, I’m just grateful you showed up. If you didn’t burn the number of calories you hoped to burn, that’s no reason to starve yourself for the remainder of the day.

But then I re-read Don’t Shoot the Dog, and I realized on at least one occasion, I enforce negative reinforcement with clients and participants in my program. Even though I use it as a temporary fix until positive reinforcement is prominent in their lives.

When you are first starting out in fitness, I sometimes advise people to get a workout partner, a buddy. This can be a whole class, for example, if you sign up for a fitness challenge and have a weekly group workout, or a personal trainer who you pay big bucks to kick your ass in the gym, or just a friend you texted and committed to meeting on the trail at 8 am to go for a “run”. Workout partners provide accountability. There is someone who will be waiting for you, and you feel obliged to show up. Perhaps you don’t want your money to go to waste (personal trainer), or you don’t want to be singled out next time you go to class for missing a workout, or you don’t want to disappoint your friends. This fear of disappointment or fear of unwanted attention can be just enough motivation to get us off our butts and go to our workout. It gets us to do just enough work to SHOW UP. Which is all we really need, sometimes.

The negative reinforcement of wanting to avoid feeling guilty, or other undesirable feelings associated with peer pressure gets us to the place to workout. This basic minimum of criteria is often enough.

Once you get to the gym, even if you are simply avoiding the guilt of skipping class or ditching your friends, your method of reinforcement switches from negative to positive almost instantly. Over time, you will not need the looming threat of guilt to get you to the gym, you will be itching to go because you have so much positive associations with going. As long as you recognize the guilt is a temporary negative reinforcement, it’s my one exception to the rule of focusing only on positive reinforcement.

When I talk about positive reinforcement in a fitness program, I am sometimes annoyed for many friends to respond with “oh, you mean, like having a fruit smoothie (or ice cream, or hamburger, or pizza, or beer) after going to the gym?”. No, that’s not what I mean. Rewards and reinforcement are different ideals. Rewards usually signify the end of something. They have little to no effect on our future behavior. Reinforcements may not be huge rewards, but they have a huge impact on our behavior. Stepping on the scale and seeing you’ve lost 2 pounds since you last weighed yourself may not be a reward, but it will likely reinforce your efforts for going to the gym and eating right.

I’ve heard several people argue that positive reinforcement isn’t as powerful as punishment. My immediate response is that your reinforcer isn’t strong enough. When I was an animal trainer, and we had an important procedure with the animals, we didn’t resort to punishment because we couldn’t get them in the med pool or the chute. We re-evaluated the reinforce. Obviously, it wasn’t powerful enough. So, what would the animal want more than we are giving them?

I usually abhor allowing people to use treats and junk food as a reward for working out. But, I found myself eating my own words when I realized, if your planned reinforcements are not motivating you enough, then they aren’t strong enough. If you are not relying on reinforcement and allowing punishment as the only way you remain motivated, you need to up your ante in the reinforcement category.

If you are struggling, and I mean, really struggling, to stay motivated with non-food rewards, then as a temporary fix (and I can’t emphasize temporary enough here), I say use whatever positive rewards you can think of to achieve your goal. 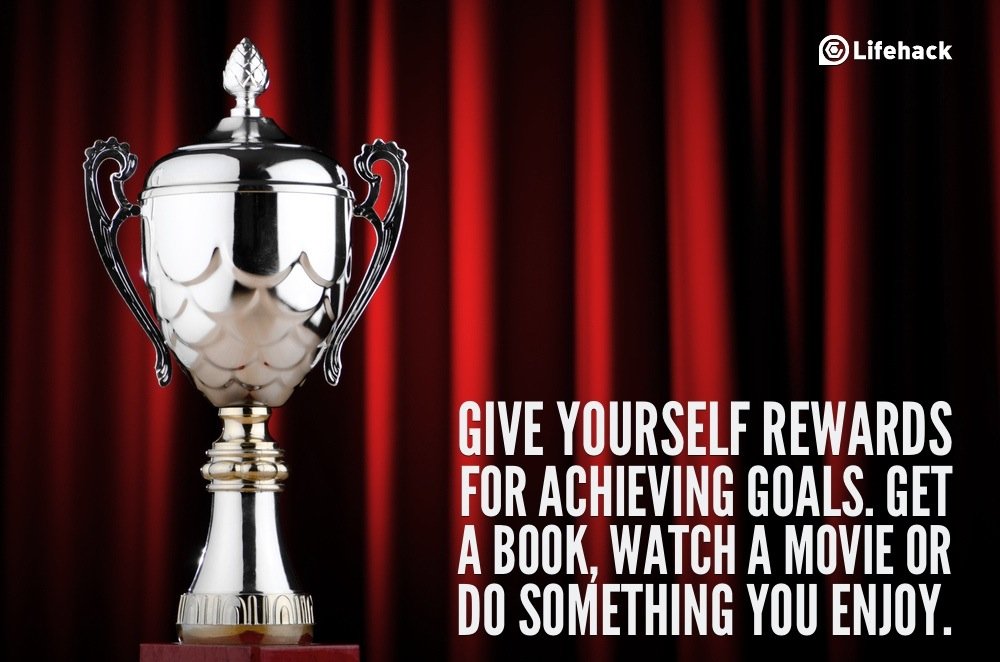 If you have tried lowering your criteria of behavior, relaxing some of your strict guidelines to achieve your reinforcement, if you have increased your amount of reinforcement, and you have decreased the duration or schedule of reinforcement, and none of these have worked for you, then and only then would I suggest using food rewards for a short time. AS SOON as you see a shift in habit, I would strongly encourage you to nip that food reward in the bud before it too becomes a habit.

As much as I hate the saying “You are not a dog, stop rewarding your fitness like one”, I understand where the people quoting it are coming from. You aren’t a dog, but you are an animal with the same types of motivations as a dog. Reinforcing your behavior and rewarding your behavior are two different concepts. Rewarding your hard work with a burger after the gym negates your effort. Reinforcement can and certainly does work on humans as well as dogs or other animals.