Okay, I’m not gonna lie, I’m cheating with my post today. Not that I didn’t do anything ZooFit related, because I did- worked on homemade BOSU design and cooked a great Whole30 meal with zucchini (preparing for zucchini season with tried and tested recipes). But that’s not what I really want to write about.

Most of today I worked on my proposal packet for a different book I’ve been working on. It’s a collection of essays about my time working in Florida for the theme park industry. I heard all kinds of stupid questions, from “What time does the 3:00 show start?” to people wondering what we did with the dolphins when it rained.

One of my favorite stories is about a little walrus (well, not so little, he was 3000 pounds), and dealing with his sexual maturity growth spurt. I need an extra laugh today, and it is sure to get a couple of chuckles, so I wanted to share it with you.

What do you do with a three thousand-pound sexually oppressed walrus? That was the dilemma I experienced with Kramer, an adolescent male walrus.

At six years old, Kramer was just discovering the meaning of life. And when I say “meaning of life”, I am, of course, referring to sex. Kramer had recently figured out he was a boy, with boy parts. His mission, which he chose enthusiastically to accept, was to procreate and pass on his genes to the next generation. 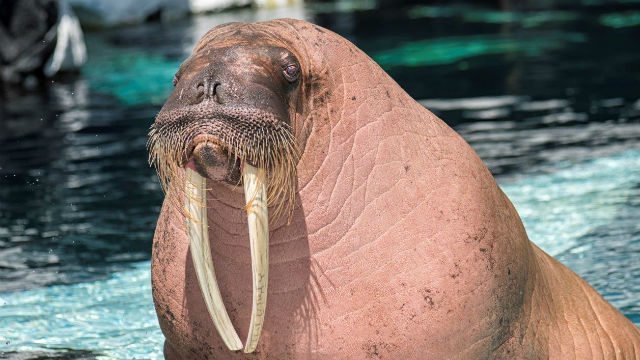 The only problem was there weren’t other walrus for him to play with. And by “play with”, I mean do the nasty. The only other female was Tula, his mother. Obviously, it was best to keep the two of them separated while Kramer experienced his growing pains.

I would have preferred if the young lad had just jerked himself off. But no, he bent himself over and stretched out his schlong so it reached his mouth and he would do the job no one else could.

Whenever I was approached by young children asking what he was doing, I smiled as genuinely as I could and responded “It’s self-enrichment.” If only all my issues with Kramer could have been answered with that technically truthful response.

Most of the comments I heard about the self-satisfied walrus came from guys apparently wishing they could fit a giant penis in their mouth. “If I could do that, I wouldn’t have gotten married.” Wow, your wife found herself a real winner. She is so lucky. I didn’t tell any of these “gentlemen” they didn’t need to go down on themselves to have a dick in their mouth. That was probably something they should have figured out before getting married.

I will admit Kramer’s behavior was a disruption. Several suggestions were employed to deter the sex fiend. One was to give him a toy. Yes, yes, I mean a sex doll. It was an idea. I didn’t say it was a great idea. 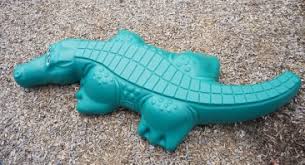 If Kramer used this as his sex toy, it would look to the public like he was hugging his alligator toy. Only a select few guests would be able to figure out what he was actually doing. That was our thought, at least.

Kramer definitely used the sex doll. And by “used” I mean, he relentlessly assaulted it. Kramer didn’t just violate the toy. He did it right there at the window. Where everyone could see. There weren’t many people who couldn’t piece together exactly what was happening to the defenseless poor toy alligator. What’s more, Kramer demonstrated his prowess by slamming the toy against the window. Repeatedly.

Imagine if you will a 3000-pound animal thrusting a plastic alligator against the window in the throes of passion. Kramer was literally banging the hell out of the alligator. The windows were supposed to be bullet proof, but we weren’t sure if it was walrus-sex toy proof. And we didn’t want to find out. So, the alligator sex doll idea was out.

We couldn’t reduce the occurrence of Kramer satisfying himself in the most obnoxious way possible. But we could eliminate a lot of obnoxious questions and upset visitors by installing a curtain at underwater viewing. The curtain was open for the majority of the day, but if at any point Kramer began to display his exploratory sexual behavior, a crew member would simply close the curtains and give the big boy his privacy.

Eventually, Kramer did grow out of his self-pleasing phase. It only took three years. When he matured, he was an awesome animal. Grown-up Kramer went on to other facilities where he successfully bred with several female walrus. So, his genes would pass on to the next generation. His purpose in life fulfilled.

I just hope there is a miniature Kramer out there somewhere, discovering his penis for the first time, and educating thousands of zoo visitors how walruses can entertain themselves. And by entertain, I mean, well, you get the idea…