When exercise becomes more of a fun activity than a dreaded chore, it’s easy to take it to the extreme. While I do try to do something that gets my sweat on or challenges me physically everyday, I need to remember to take a leisure day once in a while.

But just because you take an off day from exercise, doesn’t mean you can’t still be healthy and work to promote conservation. There are hundreds of activities which still support Eating Green and Experiencing Nature, and Conservation Fitness in general.

I wish I had time to go into detail about each and every one, but the list is too long. Some of my favorites are nature watching- such as birding, tide pooling, or insect hunting (would that be called “insecting”?). Long walks through a natural park is soothing and rejuvenating. A couple weeks ago, I attended a kite festival along the Ebey’s Landing preserve. It was so relaxing to watch the kites fly in unison and fly in a ballet to music.

Today was a great day to enjoy a nice leisurely quiet day. I had a lazy morning, as I tend to do once in a while. When Chris came home from his life drawing session, we headed down to Coupeville for the Cider Festival. The Cider Festival was held at a favorite spot for me, the Pacific Rim Institute. They have a nice walking trail which goes through the woods, but a large portion of their property is on an open prairie. They have been instrumental in helping repopulate Whidbey Island with the endangered Golden Paintbrush flower. 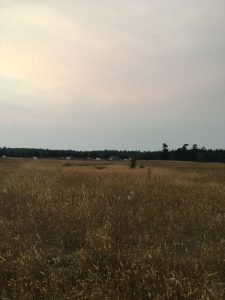 So, cider and Pacific Rim. A fantastic combination. 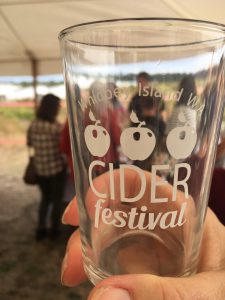 We were given ten tasting tickets, but we really only needed MAYBE eight. After an hour of tasting some really amazing ciders (the Passport and Grapefruit Chill from Schillings, as well as the Pearmosa from Pear Up), and some that were not so great, we decided we needed to take a leisure walk around the woods.

Chris is still in recovery mode, and I try to push myself while keeping it a little easy on him, so a walk in the woods is a perfect afternoon for us.

I enjoy spending my leisure time outdoors. When I’m listening to my book, I enjoy going down to the garden and pulling some weeds and checking on my produce. I bring the cats with me and they get some great exploration time under my supervision. Being outdoors is so natural to me, I seek out jobs which will get me closer to nature and push me to move a little more.

Whether you are flying a kite, cloud watching, or seeking out new and rare bird species, spending some of your leisure time outdoors is a great way to stay healthy. But it also helps conservation, too. 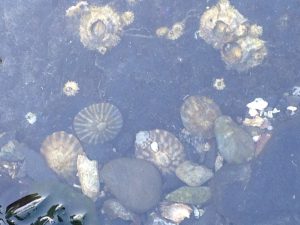 I debated with a friend last week about whether appreciating nature, or growing your appreciation for nature is an active conservation behavior, or passive. I call it passive conservation, or conservation through osmosis, because often we don’t even realize nature, animals, or your activity is inspiring you to promote conservation.

For instance, today, proceeds from the Cider Festival went to help Pacific Rim for funding projects and helping preserve native species of plants and animals. But I doubt anyone was there SPECIFICALLY to give money to Pacific Rim. They were there to taste cider.

Many people don’t visit the zoo SPECIFICALLY to promote conservation work of a certain species. Some people may, but not most people. They are there to have a good time with their family, see some incredible animals, and MAYBE to learn something new. But I bet if you surveyed every single person at the zoo and asked them why they came to the zoo that day, they would say it was to see such and such animal, or they have memberships so it’s a fun way to spend the afternoon. 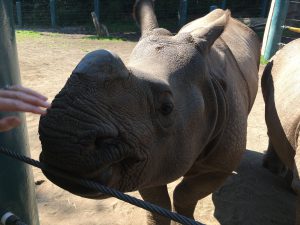 However, with both instances, regardless WHY you went, you contributed to conservation. It’s passive, and hell, even selfish, but it’s also why I applaud people for going to zoos. They are treating themselves to an enjoyable and healthy day while protecting the environment.

You probably aren’t thinking of the environment when you go on a hike, or visit a nature park. But the more you appreciate a place, the more you are willing to protect it. It’s why Whidbey Island, Seattle, and San Juan Islands fight so fiercely to protect “their” orcas. It’s why other folks in the Chuckanut area banded together and chased out developers. And it’s why I push for Conservation Fitness. I love the outdoors. I want there to always be an outdoors to go to when I want to workout, when I want some down time, or when I need to be alone and think. The more I love something, the more I am willing to step up and change from a passive conservation stance to an active one.

So, find your sacred space. Find your spot in the woods, or the lake, or out on the prairie. Relax and let it soothe your soul. It’s good for you and your health, and it will help save the planet, too.