Yesterday I talked about other animals which are good Cuddle Therapists. Rabbits, horses, and other domesticated animals have the potential to be very therapeutic, relieving stress and releasing oxytocin. This led me to think about a big issue which is becoming more and more prominent in today’s world.

The pet trade is quite lucrative. From selling purebred and show breeds (which is the least of my concerns for this post) to smuggling endangered species for the market, animals have paid a price to be a service to us humans. When we bring animals into human care, we turn them into dependents. They depend on us to feed, shelter, and care for them. 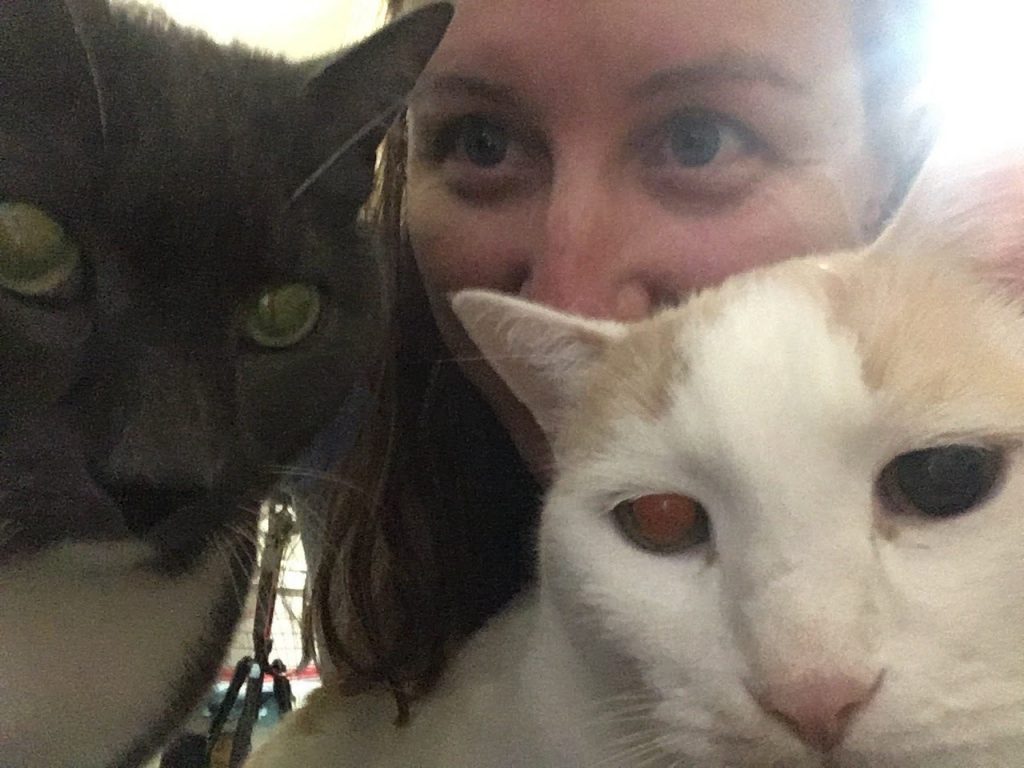 Many animals are very tricky when it comes to giving proper care as a pet. They are not completely domesticated, but they are easily bred in human care. I’m thinking ferrets, guinea pigs, many species of reptiles, and cockatiels. Want to know how some of these are difficult to care for? Let me tell you a story.

Before I became a zookeeper, I was a volunteer at an exotic animal sanctuary which specialized in unwanted pets voluntarily surrendered by their owners. The sanctuary was full of insane exotic pets- two Florida panthers, two tigers, a black bear, and a black leopard. But they also had dozens of snakes, parrots, and ferrets. The ferrets had one of the most interesting stories of how they were acquired.

Ferrets are social animals and live in groups called a business. Ferrets are a member of the mustelid family, which includes otters, weasels, and mink. The name mustelid is referring to their musk glands. Even if you have their scent glands removed, which is a whole other issue, these animals will still stink. And the scent will linger far long after the ferrets are gone.

A family got their teenage son a small business of ferrets (three individuals) as a gift. As with a majority of teenage children, the excitement of caring for the furry critters wore off pretty quickly. One day the boy must have forgotten to close the ferret enclosure properly, and all three ferrets got out.

Instead of just roaming around the house, the ferrets managed to finagle their way inside the walls of the house. Where they lived happily for nearly two weeks. I don’t know what they ate during this time, nor do I think I want to know, but they managed to not just survive, but thrive.

During those two weeks, the business did a lot of remodeling which the family had not asked for. They dug up the insulation and chewed on several electrical wires. By the time the family finally caught the whole group, the total amount of damage was over $12,000. The smell of the ferrets lingered in the entire house for over a YEAR.

So, the family decided the ferrets had to go. Luckily, Animal Rescue Center was able to take them in, and the family did the right thing by surrendering them rather than releasing or euthanizing them. But to this day, I refer to this story when people see ferrets online and instantly think they are the cutest thing ever and OMG they want one so bad!

But ferrets are the least of our issues in the grand scheme of things. Sure, it takes a huge commitment to properly care for such a specialized animal, but they are much more suited for being pets than some of the other animals I’ve seen in sanctuaries and online.

Animal Rescue Center also had a beautiful pair of skunks someone had bought as pets. That’s right, I said skunks. If you think ferrets are stinky, do I have to mention skunks? But more than being naturally musky, skunks are omnivorous foragers, specialized for digging in the ground and in trees for their meals. So, this lovely lady got a pair of skunks and tried her best to give them proper care, but when they ransacked her kitchen, she had to admit defeat.

I know you’re probably thinking “so, the skunks stole a few snacks and probably rummaged through the garbage, what’s the big deal?”. That’s not what happened. The skunks wanted the fresh veggies and meat in the refrigerator, so they literally dug a HOLE into the refrigerator to get to them. They also dug several holes into the linoleum floor, and destroyed the cabinets. Things people don’t consider as possibilities when they see how cute a small baby skunk is. 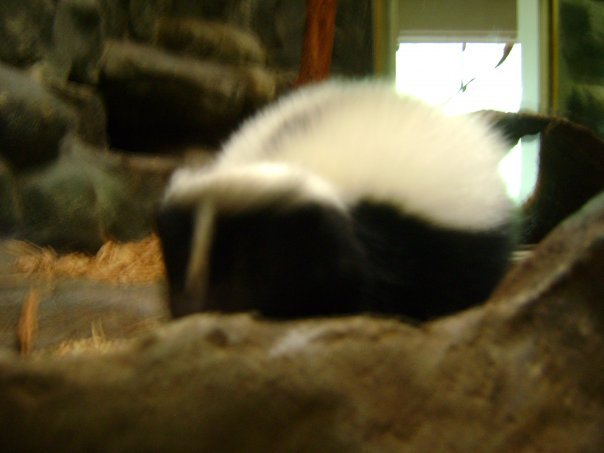 But even THAT story is not the worst of the pet trade. While many pets, including parrots, snakes, and turtles can be bred in captivity, many more are brought into the United States from the wild. Birds are often snatched right out of the nest and shipped in crates, smuggling them across the border, to feed an insatiable appetite for exotic and rare. Lizards, turtles, and some birds are often smuggled in such small containers, they get crushed during transport and arrive dead.

Then there are the popular fad pets. When the movie Finding Nemo came out, there was a huge boom in clown fish sales as pets. Clown fish are not by any stretch of the imagination the easiest fish to care for, but at least they are more easily bred in captivity, and natural populations wouldn’t be affected. But when the sequel, Finding Dory, came out, it was an entirely different story. Blue tangs, the species of fish Dory represented, are popular in aquariums, but did not reproduce in captivity. If tangs became the new fad pet, it would put a huge strain on the native populations of tangs as they could only be acquired by collecting from the wild.

When the Harry Potter films came out, the owl pet trade increased by 118%. No matter there were also pet rats, cats, and toads. People didn’t want them. They wanted Hedwig, Errol, or Pigwidgeon. Owls are far from a domesticated animal, retaining still a lot of wild traits which make them not quite preferred companion animals. They are nocturnal for one thing. They eat mice, rats, rabbits, and other cute small furry animals. There is no such thing as owl pellets. Well, there is, but pellets are what comes out of the owl, not what you feed them. They are also raptors, meaning they catch their prey with sharp talons. Not dainty fingers to gently hold your hand, sharp dagger-like talons used to grip their prey tight. 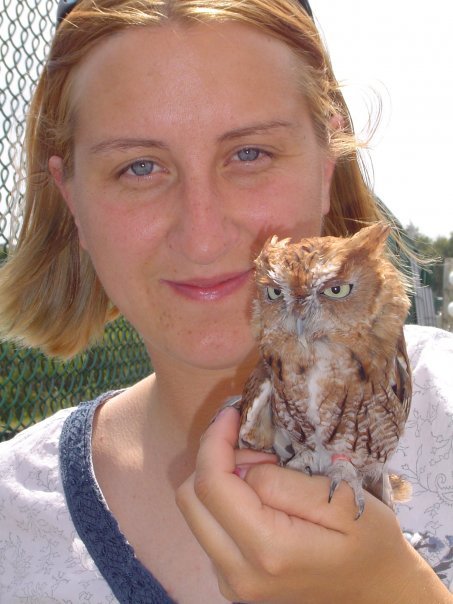 When an animal becomes a fad, they face many problems. First, unfortunately, the fad goes away, but the animal doesn’t. They are no longer viewed as cool, but the animal still needs you to care for it the remainder of its life. A fad is often a new idea, too, which means in terms of pets, they haven’t been in the trade for a long time. Pet owners are not familiar with the care and requirements to keeping an animal even the shop owners or traders don’t know much about. New fad pets typically mean collecting from the wild, at least for a starter breeding stock. Wild traits aren’t bred out of animals in one generation. So, fad pets typically don’t make great pets, and by the time they could make decent pets through several generations of breeding, they are no longer wanted or desired.

The most annoying and possibly dangerous situation for animals is the black market for endangered animals as pets. We’ve seen the video of the adorable loris raising its hands when humans pet it. This is not a reaction of enjoyment or contentment. It’s one of absolute terror and fear. Slow lorises are an endangered primate species from southeast Asia. Their mild temper makes them seemingly calm and easy to care for, but nothing could be further from the truth. Breeding slow lorises requires an immense amount of knowledge and space, so breeding outside of zoos is incredibly rare, probably non-existent. This means nearly every single one in the pet trade is likely caught from the wild. In fact, according to International Animal Rescue, the pet trade is the number one threat to slow loris survival.

So what do all these stories mean? To me, it means Cuddle Therapy should be restricted to animals who have been with humans for centuries. Humans aren’t the only animal which releases oxytocin. Dogs (and sometimes cats) release the hormone when their owner pets them, too. This means they enjoy our company as much as we enjoy theirs. The same is not said for exotic pets. As beautiful as they are, a cerval or a coatimundi will not enjoy the interactions we crave with our pets as much as a dog, cat, or horse, or rabbit will. In fact, studies show people with exotic pets do not release the same level of oxytocin as those with companion animals. 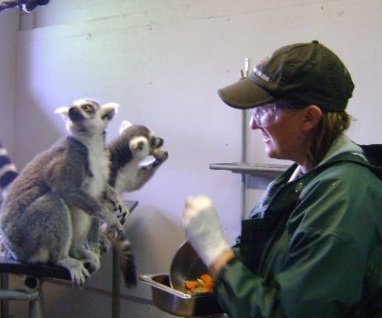 And besides, there are millions of pets out there in need of love. Thousands of dogs and cats die every day because they cannot find forever homes. If you want a challenging and cool pet, go to your local pet shelter and ask for the least adoptable dog they have. Then train it and nurture it and teach it to be the absolute best companion on the face of the planet. That’s a much more impressive story to me than seeing someone with a pet raccoon who they claim is their best friend.

Get your Cuddle Therapy and do some good while you relieve stress. Give a special friend a forever home, save a life, and protect endangered species. Eco-wellness at its best.

PS- all the photos of me with wild exotic animals are me working with them in a zoo. They are incredible animals, I will admit, but they do not belong in my home.