My friends are my family.  If you are more than a mere acquaintance, there is not much I will not do for you.  So, when my best friend from Seattle who had moved to California let me know she was going to be in Seattle for a few hours on her way to a writers’ retreat, I made plans to make the 3 hour trek just to see her face.  Because my friends mean that much to me!

But trying to also be a conscientious consumer, I didn’t want the trip to be wasteful, in regards to resources and health.  Going on the road is always the hardest part for eating on a healthy and sustainable lifestyle plan.  When we received further news from our apartment-hunting in Whidbey, it sealed the deal and I gladly went over to Seattle in the wee early hours to meet my friend for breakfast by SeaTac airport.

It is always good to see friends.  I treasure my moments with my family, as I feel we just don’t get to spend as much time as I’d like.  A large majority of my family lives on the East Coast, and sometimes it’s even difficult to schedule phone calls with them, living 3 hours behind.  Face to face conversations do me so much good, too.  It gets me out of my head.  I can share honestly about things going on in my life without fear of judgement.  I share in the joys and challenges my family is going through.

Once my friend met up with her ride to the Writers’ Retreat, I continued on my way to track down a potential place for our new home.  For several months, my husband and I have been contemplating where exactly we want to live once our lease is up here in Oregon.  Oregon hasn’t worked out the way we had hoped it would, and we were looking for a quiet, serene, small community to stake for our new adventures.  After a few small day trips we had narrowed our search down to one of two places, both in Washington- the San Juan Islands or Whidbey Island.  After spending a day in Friday Harbor and the morning in Orcas Island over a weekend, Chris and I had been ready to sign a lease on what we thought was the perfect place- a cabin in the woods on a magical forested island in the Puget Sound.  How amazing would that have been?  But we hadn’t looked at Whidbey, yet, and we held our breath as we took the ferry back to the mainland and traveled through the busy towns of Anacortes and Oak Harbor.  By the time we came upon Coupeville in the middle of Whidbey Island, we were pretty sold on moving to the cabin in the woods.  But then we came across Greenbank.  If you ever get the chance to explore Washington, and I mean, leisurely getaways, I highly recommend visiting Greenbank on Whidbey Island.  It’s magical!  We met a local artist with a shop in Greenbank and started talking to him about our hopes and aspirations.  He agreed that the San Juan Islands were nice and all, but he urged us to stop in Langley and talk to the artists at the Whidbey Art Gallery.  When he heard I was a budding writer, he recommended the Whidbey Island Writers Association.  We both checked out our suggestions and it didn’t take long to convince us that Whidbey was where we were meant to be.

Finding a home on Whidbey Island was easier said than done.  Without being able to look at some of the places, we were missing opportunities that ended up being snatched out from under our noses.  We found a great place and got our application in, but were told it may not be available until July.

I don’t know how to describe how we’ve been feeling the past month or so since visiting Whidbey Island, but not being able to find a place to live, and feeling stuck here in Oregon.  It’s like finding a magical fairy land where all your fantasies are alive.  You feel at home instantaneously.  You have a sense of belonging.  Everything fits.  And then, suddenly, you are yanked back to reality where you are constantly annoyed, frustrated, and completely don’t belong.  After visiting the place where everything feels right, being back makes you feel even more alienated, and some of the actions that you had gotten used to seem to suddenly be the straw that broke the camel’s back.  You just can’t wait to get out of your situation and every occurrence reminds you of how much you hate your current situation and how badly you wish you could return to your true “home”. 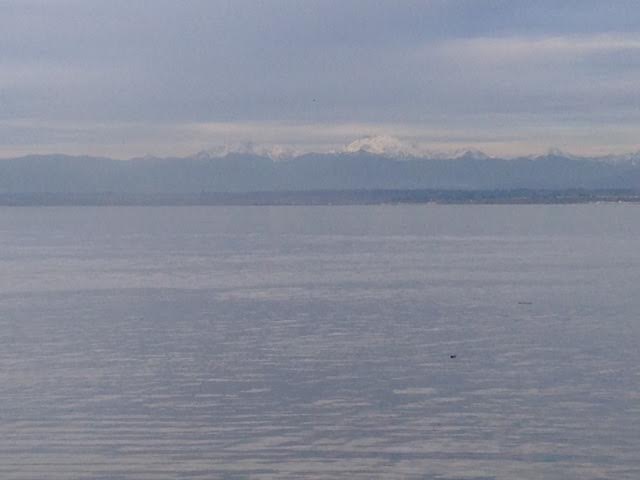 This is how we feel about Oregon versus Whidbey Island.  So, on the Monday before I planned on visiting my friend, we were surprised to hear from one of the places we had been looking at, asking us if we were still interested in a month to month lease with them.  Making the trek to Whidbey from Seattle was rather easy, and it made going such a distance worth while.

Long story short (I had no intention of writing a 900 word blog post when I started typing tonight), I visited the potential living arrangement and I am thrilled to report that we are definitely Whidbey bound, next month!

Our new place is a small, mother-in-law addition to a farm house.  Not a big farm, just a small hobby farm with chickens, ducks, and geese (mean geese that I’m actually contemplating incorporating a training plan to decrease aggression).  It’s super small, but it is very quaint.  And after meeting some of the writers from WIWA at the Social Media lecture last week, I can’t wait to move! 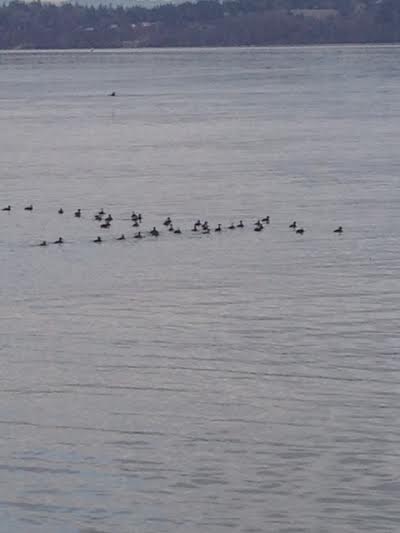 These huge commutes are not great for preserving resources.  However, when you are pursuing dreams, it’s important to go the distance, and show your commitment to achieving your goals.  The trip was made extra special with a visit from a special and beautiful friend, but reaching for the stars is never a wasted trip.