One of my favorite workouts we started in Oregon was the Nature Trail Workouts.  There were two great trails that provided nice challenges– Tualatin Hills Nature Park trails were nice and wooded.  You could follow a long distance, hitting almost every square inch of trail if you just made a decision to turn left at every intersection.  It ended up being 4.5 miles around and with our exercise routine, it would take us about 80 minutes. 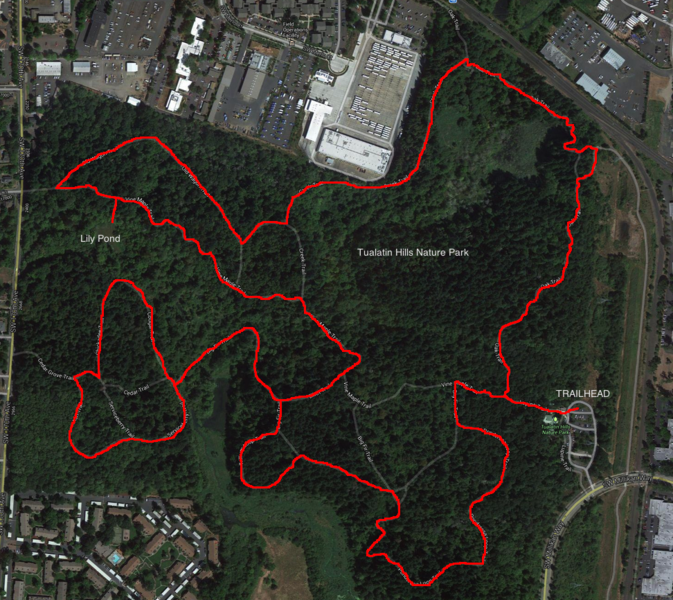 The other park, Cooper Mountain was a steep decline into a valley and then a steep incline back up.  We also incorporated various exercises, and it would take us on average 60 minutes to complete that circuit. 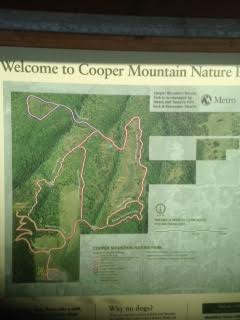 Within our first week on Whidbey Island, I found the hidden gem known as Putney Woods.  This series of trails looked super promising, and we explored small portions of the trail our first visit.  I’ve wanted to do another Nature Trail Bootcamp for a while, and noticing that there weren’t many benches, but TONS of intersections, I mapped out a route we would take and a routine I felt would challenge us. 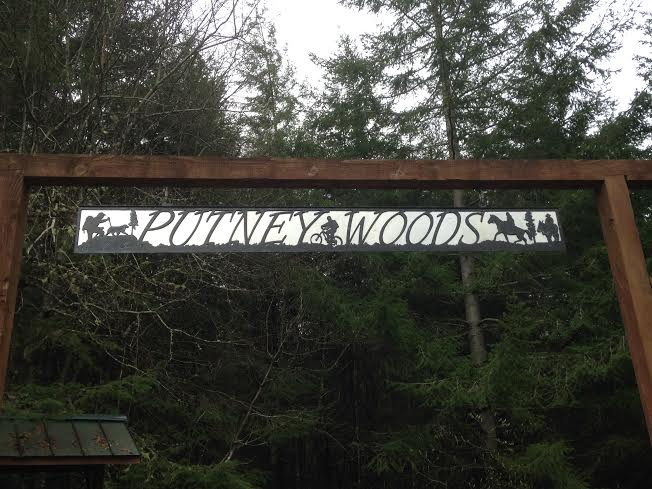 What I didn’t take into account was how diverse the terrain would be along the trails, nor did I account for unmarked trails.  My original plan to have us do a variety of movements to get from one intersection to the next was consistently nixed trail after trail as we were winding up and down steep hills with roots, muddy crossings, and other obstacles.  I had already challenged myself by not bringing my braces, but trying to do “Super Mario Brothers” up a steep hill was not happening.

Mosquitoes were also a bit of a hassle.  We haven’t experienced them in so long, we forgot when you stop to do an exercise, they swarm you and I’m pretty sure we have some unique battle scars from the blood-thirsty pests bombarding us.

But my biggest mistake in planning this particular nature trail workout was apparently not bringing a map of the trails WITH us.  I wrote down the trail names I wanted to turn down, but I wasn’t prepared for unmarked trails that might not have names or be logged as of yet.  We must have turned down one of those unmarked trails, because about 2/3 into our long workout, we were indubitably lost.  Our workout became more of a frantic jog as we looked for trail names along the paths.  Eventually we came across two trailheads with names I had written on my path sheet and I got our bearings and we were headed back in the right direction in no time. 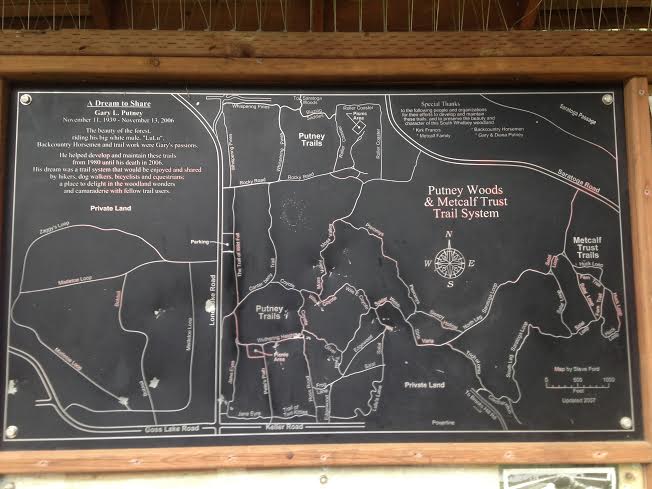 It’s not a bad thing to get lost in the woods.  We would have appreciated the scenery a bit more if we weren’t so concerned about tripping over our feet.  I don’t think Putney Woods has been ruled out, per se, but I do think that we need to study the trails a bit more, and get a better feel for them before attempting the ambitious Nature Trail Bootcamp there.

There are plenty of other nature trails around the island that I can get my fix until I’m comfortable with Putney Woods. 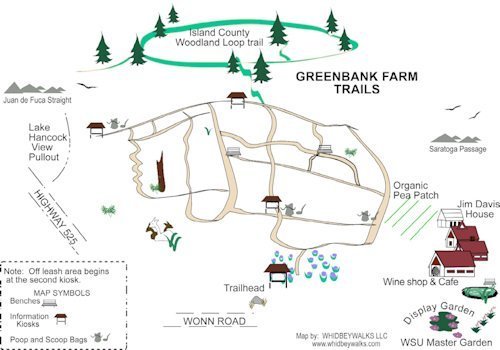 The Community Park has a couple trails, and Greenbank Farm has a few as well.  Those can be considered child’s play compared to the maze that is Putney Woods….