I am trying to establish routines as quickly as possible before I get sucked into the vortex of lounging around the house, doing a whole lot of nothing, and complaining that I’m not satisfied.  Part of life satisfaction comes from doing the ground work and setting accomplishing goals and routines.  I had already taken over a week off from working out to finish packing and getting ready for our great move, now was time to get off our rears and DO SOMETHING!  Trying to explore several options, we ventured out to do our first Whidbey Island workout.

Our exploration led us to South Whidbey Community Park.   We arrived a little before 4:00 pm, which meant tons of kids were out and about on the fields practicing and having fun before going home for dinner.   Normally, this would annoy me to no end, but I gave allowance to the fact that it was literally right next to South Whidbey High School, and I didn’t plan on doing a playground workout anyways.

The main playground, Castle Park, looks like a beautiful fortress that children could spend hours exploring.  I had a hard time not picturing a fantastic workout with monkey bars, a rock climbing wall, several slides, a zip line, bridges, and just tons of places to explore, hide, jump, and frolic.  There were tons of kids there when we arrived, but by the time we left the park, there were hardly any kids at all.  Maybe an evening playground BINGO is in order! 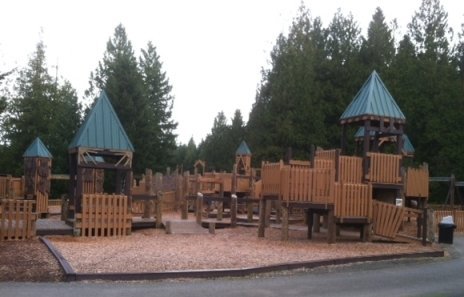 There are a few trails around the parks, and it was absolutely astonishing how fast you could shift from park playground and fields to refreshingly quiet and cool forest.  Magical almost. 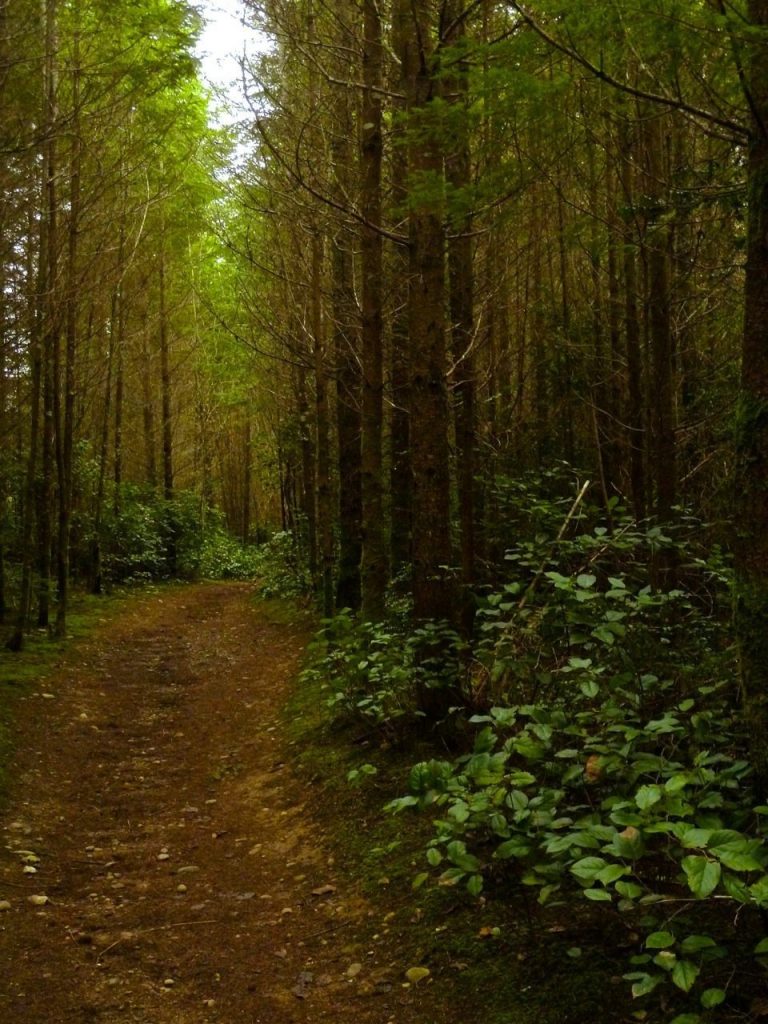 But the trails at the community park weren’t the first time we experienced that.  I’ve even seen it on my daily interpretation of jogging.  It was so still, so quiet, so serene.  A trail workout would have been delightful, if I had any clue at that point in time how long the trails were.  I was looking for the “perfect spot” for my new workout idea. 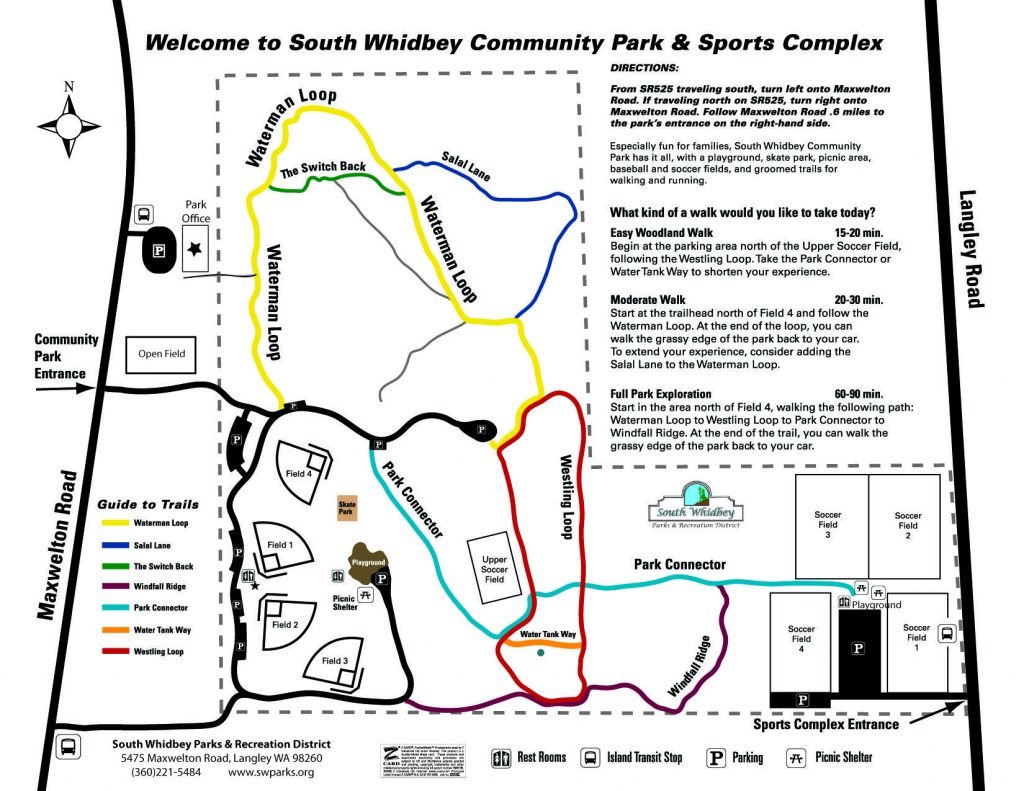 Then we stumbled across a deserted soccer field.  Not deserted in “not kept up” but obviously underutilized since the other athletic fields all had sport teams practicing already.  I quickly surmised that this was a great spot for my workout.  I call it “Fate of the Die”.  All you need for equipment for today’s workout was one die.  I came up with 6 exercises and corresponded each exercise with a number on the die.  Roll the die once to determine which exercise you’d do, and a second time for the reps.  Sounds easy enough.  The most number of reps you would have would be 6.  So, I decided to kick things up a notch.  We ran around the soccer field 10 times.  Each goal post (one on each side of the field) was when we rolled the die and did the exercise.
Here were our exercises:
1- Burpees
2- Inchworms
3- Plank hold (1 on the die= 10 seconds)
4- Cobra push-ups
5- Everest Climbers
6- Twisting lunges

After 3 laps, I was desperately wishing I had said only 5 laps, but we kept going, and I feel great that we finished the workout.  We didn’t get burpees nearly as many times as I had thought we would, and the rep scheme was low enough that I didn’t cop out or not try to do my best.  I was running on low power though, so speeding up my pace is something I want to work on, but I was really impressed with how well the workout went.  I definitely want to try more workouts at the field.  We were considering doing a Burpee Broadjump workout around the soccer field too.  Another day, perhaps.

For our cool down, we entered the magical gates of Narnia and followed a path to the Sports Complex, on the other side of the Community Park.  There was another small playground with NOBODY playing there.  A team was practicing on one of the soccer fields, but we noticed besides a nice playground, there was a great shelter with lots of room for us to workout even if it’s raining.  In fact, these shelters have cross beams above where we can hang my rings to do exercises like dips, push-ups, and rows. 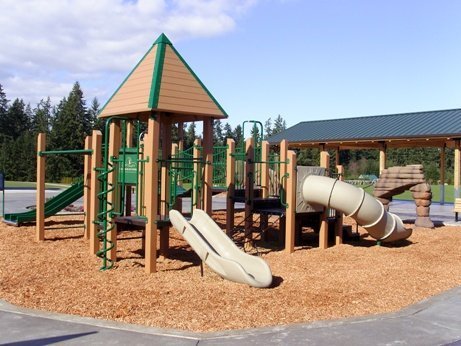 Needless to say, the Community Park here on Whidbey Island seems absolutely perfect.  We got a great workout in, and have promises for great future workouts.  So far, we are loving every place we discover- Putney and Saratoga Woods, Community Park.  I don’t think we can go wrong around here!

EarthFit Nature Bootcamps is open for the season!