I just finished a remarkable book by a remarkable woman and really felt it was necessary to share.  I may have fallen in deep infatuation with Temple Grandin.  She truly is an amazing woman, and I admire all the work she has done to improve the welfare of not just livestock, but all animals in the care of humans.  I read “Animals In Translation” e few years ago, and I remember having a few “aha” moments, but not as strongly as when I finished reading “Animals Make Us Human”.  The experience and knowledge that Grandin holds and openly shares with the public is admirable.  But the degree of understanding that she incorporates in her narrative is truly eye-opening. 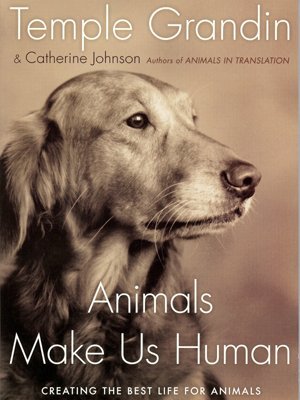 Not too long ago, I came across a comment in a forum somewhere where animal rights activists were criticizing factory farms.  I’m not a fan of factory farms myself, but it was odd to see me on the same side of those who oppose zoos and aquariums.  What struck me as absolutely incredulous was a claim that without sow-gestation crates, mother pigs would have too much room and would crush and kill her piglets.  That seemed so absolutely asinine to me.  If pigs and other livestock were offspring killers in large amounts of space, how on earth did they survive as long as they did as free-ranging animals before agriculture domesticated them?  It didn’t make any sense.  So, I was pleased to hear my feelings confirmed by a leading expert in farm animal welfare.  Grandin also finds gestation crates unnatural and unethical. 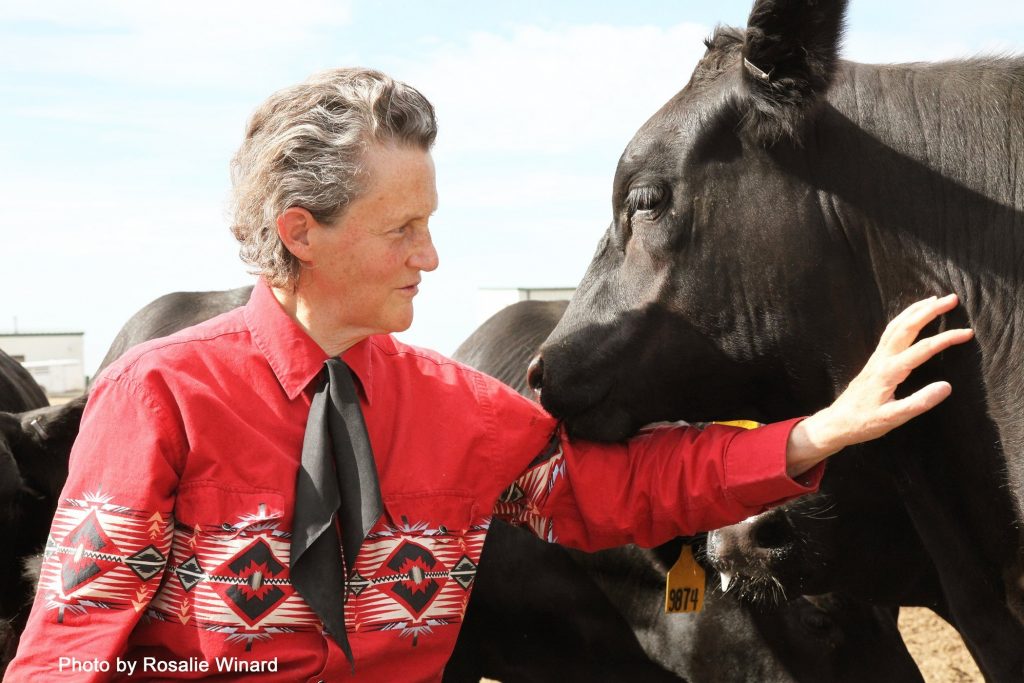 While Grandin does focus at least half of her book on farm animals (chickens, cows, pigs, and horses), and another third of her book on cats and dogs, the last couple of chapters focused on wildlife and even zoo animals.  I appreciate that Grandin applauds many zoos in working to improve the quality of life through enrichment, operant conditioning, and positive reinforcement.  But that wasn’t what made me fall in love with her.

Grandin explained something I was having a hard time accepting and understanding, and she did it in the most professional and respectful manner.  Animal Rights groups have become a very prominent fixture in not just social media, but at many animal institutions, in communities, and in our daily life.  Grandin found it ironic that many of these supporters of animal rights no longer study animal behavior or zoology.  They study law.  Think about that for a moment.  It makes so much sense.  Animal Rights are changing laws to “help” animals without understanding how these laws affect the animals.  And the “black or white”/all-or-nothing approach alienates animal rights movement from the animal industry and starts the “good vs bad” arguments.  I had no idea that in the 1970s, the Humane Society of the United States actually sent representatives to livestock industry meetings to learn what they could about innovations to improve animal welfare, and were involved in helping create such improvements.  Nowadays, you would never hear of HSUS approving ANY concept for improving animal welfare, in zoos, farms, or research facilities.  Their all or nothing attitude is fed by law students, who are thinking too abstractly, and not field workers who understand animal welfare at the core through experience with said animals.  A great example shared by Grandin in the book of the “all-or-nothing” attitude was an activist stationed in England helped get Revlon to stop testing their products on animals.  But somehow, this wasn’t enough for most animal rights activists, and they still continued to bash Revlon.  The activist that helped bring the change thought such treatment toward Revlon was very unfair.  Was Revlon perfect?  Not by a long shot, but they definitely had made great strides toward progress and creating better lives for animals in general.  Instead of continuing to bash Revlon, they should have been celebrated.

There was another example just this past week of the “all-or-nothing” abstract thinking from the animal rights activists.  SeaWorld announced that they were essentially phasing out their killer whale program by ending their breeding program.  This should be considered one of the greatest victories of the animal rights activists, as SeaWorld has been their biggest target since the release of the movie “Blackfish”.  Animal rights groups should have been celebrating.  Instead, they still criticized SeaWorld for not releasing the whales and for still having other marine animals “held captive”.  So, SeaWorld takes this HUGE step toward making peace with animal rights groups, even PARTNERING with one of them (HSUS), and it isn’t enough.  It isn’t even enough for their new partners, who were telling their supporters that ending the orca program was just the beginning! 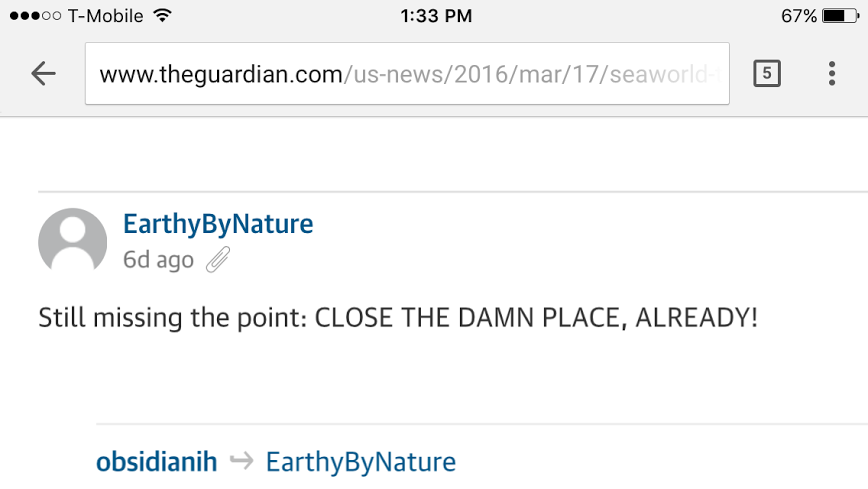 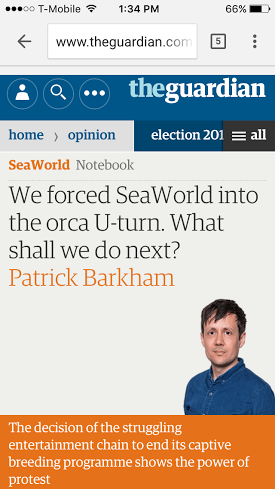 Temple Grandin is surely one of the most inspiring women I’ve ever read.  I am motivated to learn more about her and her experiences, but more importantly to emulate her actions by looking into farms and animal facilities (meat, dairy, or fleece) and see how I can assist in learning more about ethical animal welfare on farms, how operant conditioning can possibly improve animal welfare on farms and even improve human health in the process (less stress means less antibiotics?), and promote the companies that are working to improve the quality of life of animals that serve us.  I imagine I’ll be in a green pasture, surrounded by goats licking my face, and me sitting there crying from happiness.  Because, I agree with Temple Grandin, animals DO make us human indeed! 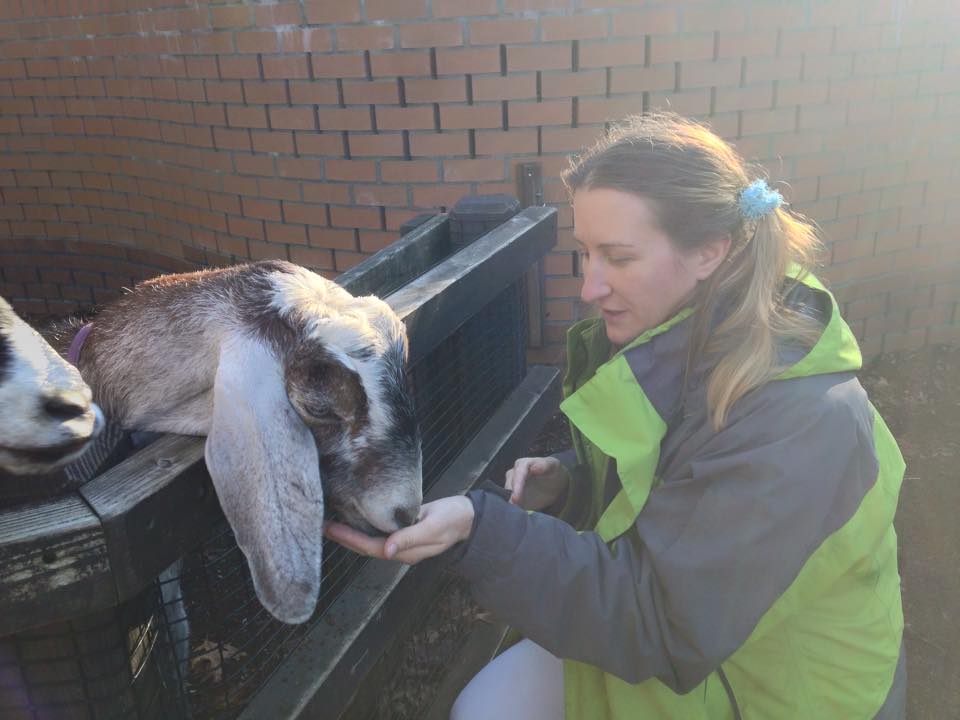