I had a great day with the hubby exploring Portland one last time before we move next Sunday.  It was one last chance to experience some of the things we have enjoyed about living in Oregon, and either can’t or won’t have the opportunities to experience once we are on Whidbey Island.

We started with meeting my friend, Ann, at breakfast in the city.  We wanted to take the train in to town, and it was a lucky fluke that we did, because the Shamrock Run was happening at around the same time, and there was absolutely no parking.  The transportation system around Portland is one of the few things we will dearly miss about this place.  While not the cheapest, the trains are among the most reliable and convenient I’ve ever experienced.  Once, Chris and I took a train from the station near our apartment all the way to the airport to meet my parents coming out for a visit.  I like that the trains are often full, too, as this indicates that many people utilize the transportation system in play.  And it is a little gratifying to be on a train and see all the cars on the highway going the same direction as you, but moving at a snail’s pace.  Public transportation has a great environmental impact as well.  Besides the fossil fuels (especially on electric run transportation, but even on gas run transit it’s better than 20 different cars on the road), it encourages other methods of transportation that are more ecologically sound.  For instance, we stayed most of the day in Portland, and walked from place to place.  If we had brought our car, we might have been tempted to drive to each of our destinations.  Plus, just driving around looking for parking wastes gas.  But taking the train motivates you to walk more.  It was fun to ride the train one last time.

At breakfast, I was reminded that even though Oregon didn’t work out quite the way we had hoped, we were definitely still in the right regional area.  I don’t like to get political on my post, but I will say this much:  I would be incredibly frustrated living back in the South after establishing myself in the Pacific Northwest.  I have often referred to Seattle’s Space Needle as the “mothership” that called me home.  The Northwest are my people, and I am so glad that I have found my place among them.  Fresh local cuisine in Portland is eating at its finest. 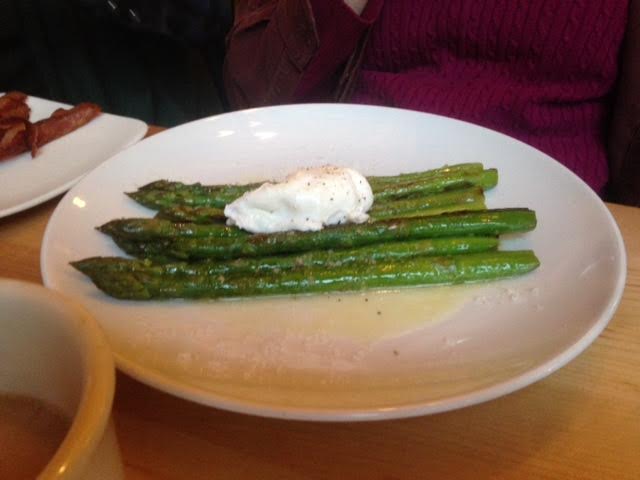 After breakfast, we headed to Powell’s bookstore for me to “redeem” my rewards.  I plan on discussing this further while writing up my presentation for AAZK, but I have reward cards that I save up to earn special treats, and one of those treats is a small shopping spree at Powell’s.  I got four books, and only spent $25 total for them.  I even found another “Green Cookbook” to compare with my Conservation Cookbook idea.  So far, even though there are several cookbooks that pertain to sustainability, organic, and locavore fare, I have yet to see a cookbook that focuses on global conservation like mine does.  Which is really encouraging for me.  That means I still have a niche to fill in the overwhelming community of cookbooks. 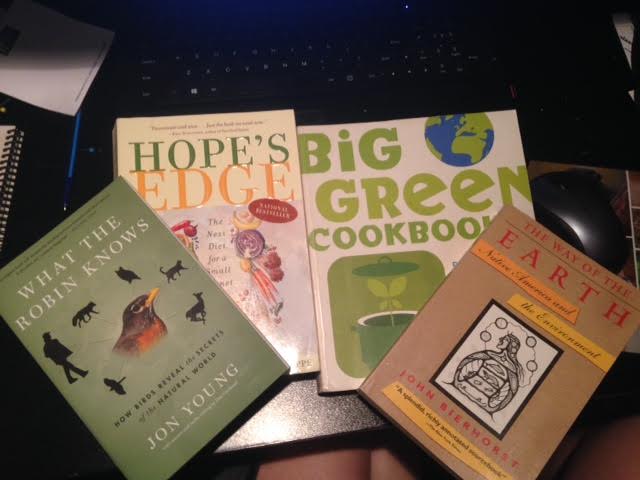 Walking through the city, we made a stop at Benessere, an olive oil and balsamic vinegar shop to pick up some flavored vinegars.  We purchased a black cherry flavor, white peach, and vanilla.  These vinegars make incredible salad dressings, and are terrific to substitute for regular balsamic vinegar in any recipe.  This hidden gem was one of our first finds of Portland, and I love to promote local businesses that provide quality products whenever I can.

Our last stop on our last chance tour of Portland was Voodoo Doughnuts.  No, there is nothing healthy about Voodoo Doughnuts.  It’s one of those vices that I allow myself because it’s a local company that has become quintessential for visitors of Portland, and I have a slight weakness for doughnuts.  When I watched “The Great British Baking Show“, I nearly left our apartment in the middle of the night to get some Voodoo after watching the doughnut episode.  So with only one last chance in Portland, I allowed the indulgence, and because I don’t promote practicing depriving oneself in my lifestyle. 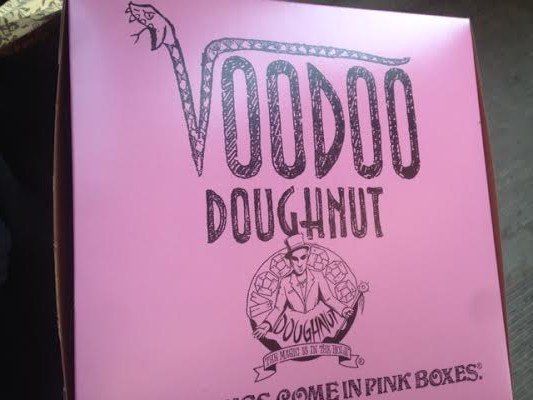 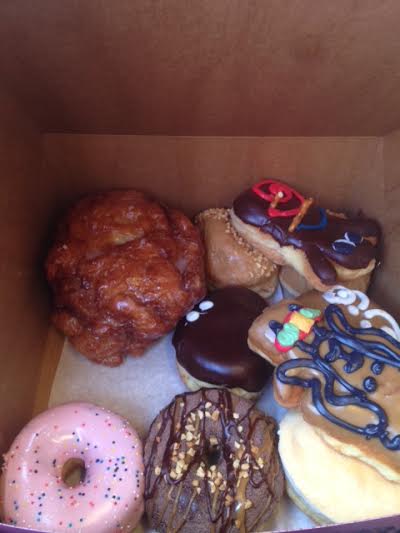 When we got home, we had two hungry kitties, and two knackered humans.  It was a great day to celebrate Portland and to have some happy memories to recall about our time in Oregon.

We are t-minus one week until our move to Whidbey.  Let the stress-induced rush begin.