The Alchemist has been on my to read list since 2007. When I thought of doing 10 books in 10 days, I decided to look into this book on Scribd. This app has become a life-changer. For $8.99 a month, I can download and listen to as many books as I like. I’ll admit, Scribd doesn’t have every title I am looking for, but they have a lot. Like The Alchemist by Paulo Coelho. 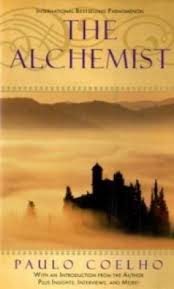 I decided to read a regular story because I listened to several self-help/non-fiction and wanted a little break with something like a fantasy. Non-fiction has become my genre I generally read the most, but it’s nice to break away now and then. I figured this book wouldn’t be too bad. It was a short one, only four hours, and it’s been hailed as a modern classic.

As soon as the book started, I knew it was going to be a good one. It was narrated by Jeremy Irons. I swear that man could read a telephone book and I would be enthralled. I LOOOOOOOVE Jeremy Irons’ voice.

So, I’m smiling as I listen to Jeremy’s voice, and I actually got a little caught up in the story. If you haven’t read it, I do recommend it. It’s short and sweet.

The story is about a shepherd boy who became a shepherd so he could travel. He travels throughout his region, selling wool and tending his sheep. Then the boy has a recurring dream which he gets interpreted to mean he must go to Egypt to pursue a great treasure.

The rest of the story is about the boy giving everything up to follow his literal dream of finding treasure. He meets several characters along the way- Melchizedek, the king who urges him to pursue his treasure in Egypt, the Crystal Merchant, who tries to convince the boy to stay with him, and once dreamed of journeying to Mecca but refuses to follow through. There is the Englishman, who wants to be an alchemist, Fatima, the beautiful woman the boy meets at an Oasis and falls in love, and there is the titular character, the Alchemist. 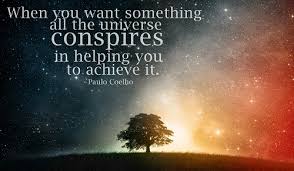 Throughout the book, I kept marveling at the unique characters and the setting. Coelho is a great storyteller, I won’t deny it, but he is peculiar. I wonder why he made a point in telling his audience how and why the boy decided to become a shepherd. And the whole part of the boy staying and working with the Crystal Merchant was really intriguing to me. The boy comes up with fantastic sale tactics which bring more customers and more revenue. Why was that important? Well, I know why it was important- the Crystal Merchant represented those who dream but never act.

But even with Jeremy’s beautiful drawl and the unique storytelling, I did feel the fable went a little south when the caravan reached the Oasis. Here, the boy meets Fatima, a beautiful desert girl, and falls in love. This is not the first time the boy has fallen in love, though. At the beginning of the book, the boy is in love with a wool merchant’s daughter, and is looking forward to seeing her again. He instantly falls in love with Fatima, and professes his love after barely meeting her. It’s a little weird for me.

And then he leaves the love of his life to continue pursuing his dream of treasure in Egypt. He promises to return, but it made me question why LOVE was an obstacle? Love should not be an obstacle in pursuing and achieving your dreams. Love should encourage and motivate you. I guess I’m kinda cynical in the sense that the boy fell in deep love with the first unmarried woman he meets, and then without “breaking ties”, leaves the love of his life. Like, I know this is older times and it’s a story, but why didn’t Fatima go with the boy? What was stopping Love from being his strength and inspiration to keep going?

I did enjoy how the book ended. I won’t give it away, but it was very much the kind of pleasant twist I enjoy.

Overall, this was a great “read”. I mean, it was Jeremy Irons, how bad could it be? But it was more than just a great narrator, it was a really good story, with a strong moral- don’t give up on your dreams. Pursue your personal legend to the ends of the earth, and you will find happiness. 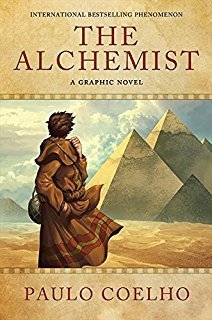